LOVEDEATH (2006) action comedy from VERSUS director 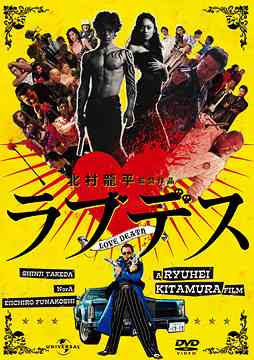 LOVEDEATH
(2006, Japan)
Very disappointed by this. I like director Ryuhei Kitamura, because of Azumi and Godzilla Final Wars. He also directed Versus and Midnight Meat Train. So I was looking forward to this. The trailer for LoveDeath makes it look very exciting, sexy and fun, but the movie simply wasn't. 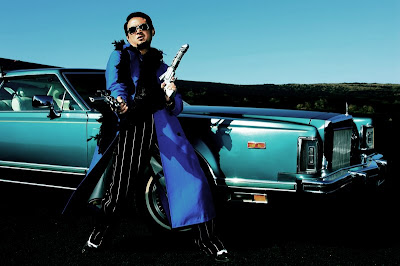 It looks good, great cast, sexy leading couple, but... humour I didn't get and not much action up to the director's usual standards. It has a meandering and underplotted story. The characters, mostly comedy yakuza, are chasing a suitcase of money. Not very hard to follow, but also not very rewarding for an epic 2 1/2 hours running time. Like, I couldn't understand why if the yakuza boss wants his money (and his woman) back so desperately, why not send his own men rather than a corrupt policeman he's only just met? I guess it was another gag I didn't get. 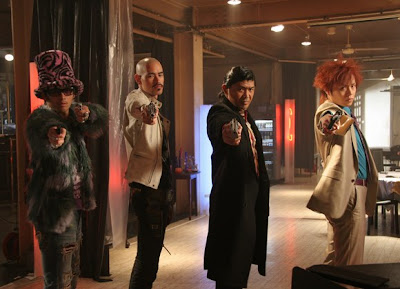 Logic is repeatedly ignored in favour of rather simple humour. Mostly people getting shot accidentally.There's also a few recurring dick jokes and a lot of talk about sex. But despite a nicely-designed vibrator/pistol getting waved around (a lot) and the very sexy runaway couple, there's actually no nudity and little or no sex. So, lots going on but not very engaging. Possibly aimed at a crowd who'd find the sight of a vibrator-gun funny. Granted, it almost steals the film... 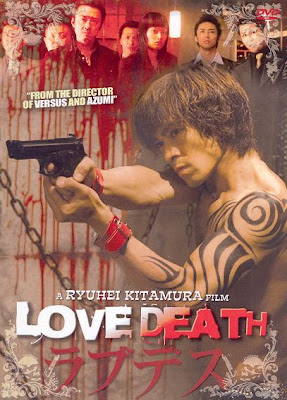 After years of waiting, I've only just found this subtitled on a Taiwanese DVD (pictured here). Good translation, but the subs are way too big. 2.35 widescreen, anamorphic.

Now it makes more sense why this hasn't been picked up for DVD in the US. It's not worth it, which is a great shame.