STRAIGHT ON TILL MORNING (1972) psycho thriller 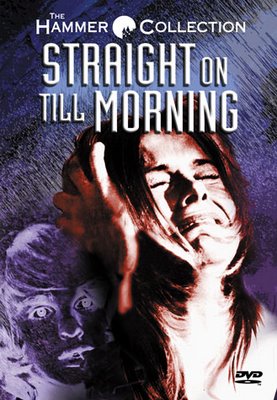 Be careful what you wish for...

I've been watching Hammer films for over 30 years, usually on TV, and have tried to watch all of their horror output. Initially lead by the photos and posters from a book I bought in the seventies, The House of Horror, the titles all looked interesting and they seemed to be fairly consistent in delivering the goods. Today, I still haven't seen them all, and have only recently seen Night Creatures and Straight on Till Morning because of their scarcity on home video. 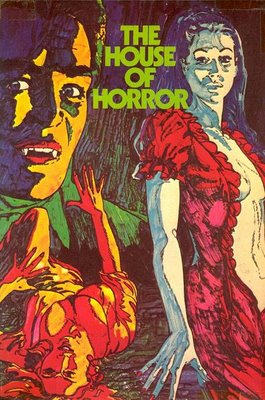 I bought this DVD a few months ago, and was reminded to watch it while reading The Making of the Italian Job. The director of that classic British car chase/heist/comedy was Peter Collinson. Looking at his filmography, I hadn't realised until now, that he was often a horror movie director. 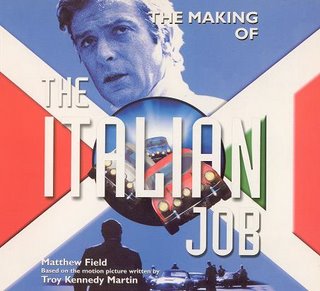 Collinson directed And Then There Were None (1974 - the Harry Alan Towers version of the Agatha Christie tale, with an unusual cast), The Spiral Staircase (1975 - another remake) and Fright (1971 - a gritty, claustrophobic babysitter-in-peril story with Susan George from Straw Dogs as the lead).

His Straight On Till Morning was billed as a Hammer Love Story in the publicity, the implication is of a romantic drama with a dark side. That’s putting it lightly.

Brenda, a young woman with romantic notions of finding the perfect man to marry, leaves Mum alone in the family home in the north of England and moves to London, which is still swinging, despite the end of the sixties.

Unfortunately she contrives to meet Peter, (one of several irrelevant references to the story of Peter Pan), not knowing that he's a psychopathic serial killer with a knack of stabbing the things he loves with a stanley knife (a box cutter)…

A solid cast and interesting direction make this an enjoyable watch, especially with the eclectic fashions and furniture on display.

Rita Tushingham, obviously cast as Brenda because of her famous role as an outcast single mother in one of the earliest ‘kitchen sink dramas’ A Taste of Honey (1961), is a charming lead as the ‘ugly duckling’. She was like a sixties Molly Ringwald – playing engaging leading roles, without having movie-star looks. The actress is still working in TV drama.

Her psychotic love interest, Peter, is played by Shane Briant. He was then being groomed by Hammer as a younger version of Peter Cushing, possibly to even become Frankenstein's successor (he later played the good Doctor’s assistant in Frankenstein and the Monster From Hell). He could also appear in younger groovier roles like this.

Like Cushing, Briant also looked good in period costume, like in Captain Kronos - Vampire Hunter. In the seventies, his Austin Powers hairstyle suited him and, not surprisingly, he was cast as the lead in Dan Curtis' TV adaption of The Picture of Dorian Gray. He still works internationally in TV dramas, guesting recently on Farscape.

An actress I was surprised to see here is singer Annie Ross, as Peter’s previous ‘affair’. I remembered her as the fantastic Granny Ruth from Basket Case 2 and 3! Where, again, she managed to get a couple of songs in. Coincidentally, like Basket Case 2, her role involves a scary attic...

There are also small parts for Likely Lads James Bolam, and the villainous Tom Bell who’s almost entirely covered in hair and sideburns – a change from his usual neatly-groomed tough detective roles.

But it’s the editing that’s the star of the show for me. Obviously influenced by the almost revolutionary Performance (eventually released in 1970), from directors Nicolas Roeg and Donald Cammell. Using inter-cutting between scenes, flash frames, flashbacks (without sound) and disorientating close-ups, all makes for an absorbing and current method of actively involving some concentration from the audience, with several scenes unfolding at once. No surprise then that editor Alan Pattillo had just worked with Roeg on Walkabout (1971).

As the cross-cutting calms down, so does the story, as the characters converge. But the tension continues, because we still haven't seen inside Peter's room in the attic, where women enter, but are never seen again.

The film relies on the sound of murder to be terrifying, with short ‘flash’ visual cuts to give the impression of violence, still leaving much to the imagination. Like the Psycho shower scene and the trowel murder in Night of the Living Dead (1968), it's mostly implied with editing, but still strong stuff.

The King’s Road, West London setting related to the trendy in-crowd of the ‘Chelsea set’. Another shooting location is the concrete clad South Bank Centre, which at the time looked remarkably clean - it still houses the National Film Theatre, one of the only major retrospective cinemas in the country.

The story is suspenseful right up to the end, but is let down by a sudden, unsatisfactory ending, which leaves some major plotlines unresolved. But it was good while it lasted.

This is available in the US and has just been released in the UK as part of The Ultimate Hammer Collection Box Set, a mixed selection of titles in an unwieldy 21 DVD batch.

Here's another DVD review on DVD Maniacs with full plot spoilers and screengrabs.