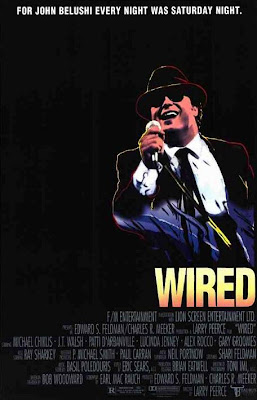 This isn't about recommending good movies. This is about movies that I've watched because I couldn't believe that Hollywood had dared to make them. When taste and logic have flown right out of the window, really exceptionally fast.

A case in point. 1978, hot off Saturday Night Live John Belushi was becoming Hollywood's hottest comedy actor. I'd never even seen Saturday Night Live (we've never had it on TV in the UK), but I was immediately won over by his performance in National Lampoon's Animal House and I wanted to see him in many more movies. He was priceless as Bluto, the legendary student anti-hero slob, a prototype of the overweight slacker that's currently in favour. The next film of his I saw was Spielberg's 1941, which he wasn't in for enough time for my liking. And then there was the role he's best remembered for, as Jake 'Joliet' Blues, in The Blues Brothers (1980). I didn't see his later films (like Continental Divide, Neighbors) which can't have had a wide release, if any, in the UK. And then he was gone. March, 1982. Dead from a speedball overdose. He was at the forefront of 'comedy as the new rock 'n' roll' but didn't live nearly long enough to reap the benefits. 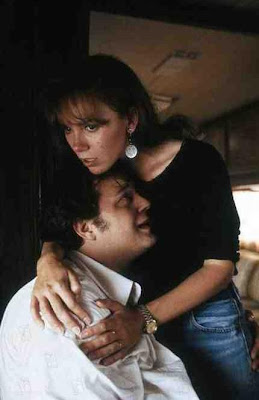 Movie biographies about movie people, living or recently deceased, have to be done extremely carefully and cleverly. Wired (1989) isn't one of them. John Belushi's life and death was poorly dramatised and drained of humour. The complete opposite of a fitting tribute. I haven't seen it in years, and I always like to watch movies afresh for Black Hole reviews. Problem is, I haven't got a copy any more.

Last time I watched my VHS of Wired, I decided I'd never watch it again. I keep getting that wrong. (Don't be like Mark - don't get rid of stuff). There's always a reason for going back, but please remember the ravenous way that VHS tapes ate up shelf space. In short, I'm relying on memory here.

I originally wanted to see if Wired shed any light on why and how Belushi died. This was definitely the kind of project that Hollywood unites in avoiding, blacklisting actors who dared to show up show business under a bad light. By bad light, I mean a drug-fuelled system with no means of support to prevent their brightest stars from imploding. (Little seems to have changed, except the same self-destructive results are now possible with 'prescription drug' abuse). 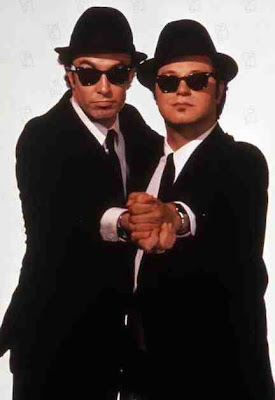 Besides the cast risking the ends of their careers appearing in a controversial tragedy literally in the heart of Hollywood, on Sunset Boulevard, it was double jeopardy because they were also in a badly flawed film that was destined to be a critical and financial flop.

Wired uses the movie Sunset Boulevard as a starting point, having it narrated by a corpse, and borrowing the opening that Billy Wilder couldn't use, with a dead man sitting up in a morgue. The character of Belushi then looks back at the highlights of his life. But with so little material legally allowed, and so few actors and movie-makers allowing their names to be used in the story, the recreations of his famous sketches and behind-the-scenes dramas are almost unrecognisable. 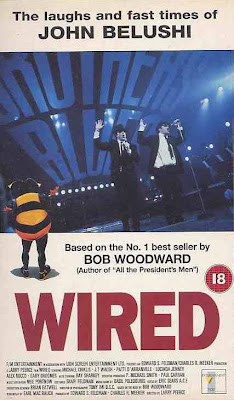 Unsurprisingly, Wired was last seen on VHS and has never surfaced on DVD.

Wired was too abstract in its story-telling, so I tried the book, written and researched by no less than Bob Woodward, co-author of All The President's Men which blew the lid on the Watergate scandal of President Nixon's administration. But the totally uninvolving style reads like a court transcript - dense with legally-approved facts, but lacking subtext, opinion or conclusions. (A fictional representation of Woodward is played by the late J.T. Walsh). 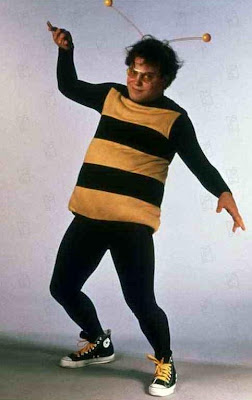 Because it was so widely reviled, I honestly thought I'd never see the star of Wired ever, ever again. But that's why I'd like to see it again. I was halfway through watching the first season of The Shield when I looked up the previous credits of Michael Chiklis (who plays the lead, Vic Mackey). I was shocked to see he was the one, the unfunny guy who'd dared to play Belushi. I'd not seen him in anything else, having missed his heavily disguised turn in the series The Commish. Quite a career turnaround - maybe even worthy of a TV movie... 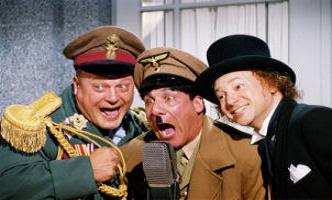 In fact, before he nabbed The Shield, Michael Chiklis again tempted fate with another celebrity impersonation. While Hollywood is now attempting to tackle a big screen version of the lives of the beloved Three Stooges, Chiklis has already appeared in a similar TV movie, as Curly. More details and pics on this are here on As Seen On TV. The Three Stooges (2000) was sort of interesting, but again, couldn't expect to be funny like the originals. 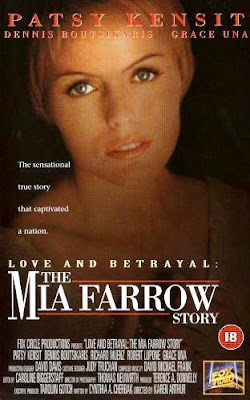 Worse still. Much, much worse. The epitome of disastrous casting in an impersonation movie is the (presumably) deliberately humorous casting of Patsy Kensit as Mia Farrow. In a TV movie made to cash in on the media storm that surrounded Woody Allen and Mia's spectacularly public bust-up, entitled Love and Betrayal: The Mia Farrow Story, I shit you not.
Posted by Mark Hodgson at 11:27 am

Email ThisBlogThis!Share to TwitterShare to FacebookShare to Pinterest
Labels: 1980s, NOT ON DVD, true story