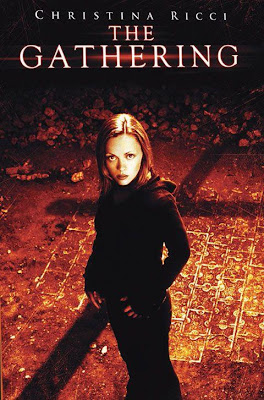 
An effective throwback to the heyday of British horror

Despite being that rare thing, a British horror movie with a decent budget, this took years to get a US DVD release and won't surface on DVD in the UK until March next year. Surely its one good chance of getting a warm reception. Given the film's copyright year, it'll have been a ten-year wait to see it in the country where it was made! It appears to have had a patchy release in South East Asia and around Europe, but possibly only on DVD. I don't think it was seen much outside of film festivals and TV showings.

Set near Glastonbury, but mostly shot on the Isle of Man, it's a country tale - not quite as creepy and remote as The Wicker Man or the village of The Slaughtered Lamb, but the same vicinity. 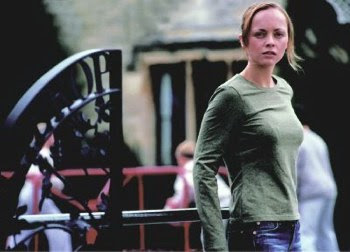 The Gathering starts with two music festival punters stumbling across the remains of an ancient church. The discovery has far-reaching implications for both archaeologists and the established church, as it could actually have been built at the time while the New Testament was still playing out. Meanwhile, an American tourist (Christina Ricci) has an accident on a country road, emerging unscathed but with total memory loss. She begins to see images of death amongst the strangers she meets... 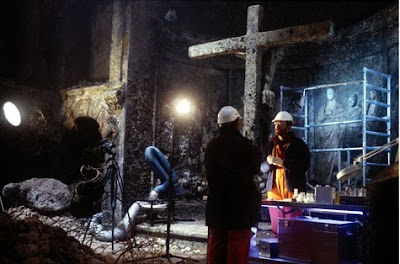 A solid and creepy plot that strongly reminded me of the atmosphere of The Omen, and even of Quatermass and the Pit in terms of an unfolding mystery rooted in an ancient discovery. Even for a film of the early 2000s it feels dated, but in a good way. Almost an 80s' homage. I wouldn't be surprised if it was the last horror film not to use CGI. Having said that, I was impressed by the way the mysteries developed, playing on modern fears and adult themes. 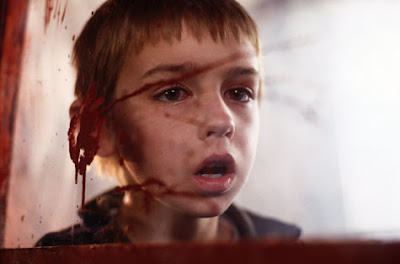 Before i bought it, I didn't know it was made in Britain. I just wanted see Ricci in a modern-day horror film. Her screen persona in The Addams Family could have doomed her career to genre films, so it's understandable why she's avoided them for a while, though I was pleased to see her in Tim Byurton's excellent Sleepy Hollow (1999). While she holds the movie together, her talent isn't stretched by her character. 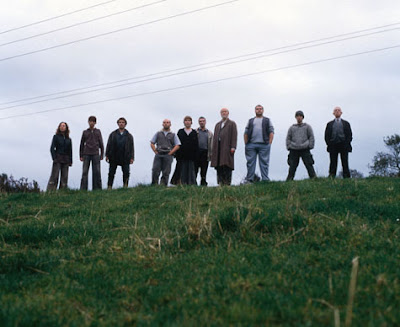 It's great to see Robert Hardy in there, as The Bishop. The actor is no stranger to oldschool Brit-horror, having played detectives in Psychomania (1973) and Berserk (1967). A concerned local, a pre-Fantastic Four Ioan Gruffudd, offers to help Ricci's character to regain her memories. A pre-Pirates of the Caribbean Mackenzie Crook gets screen time but no lines, presumably just hired for his creepy appearance. 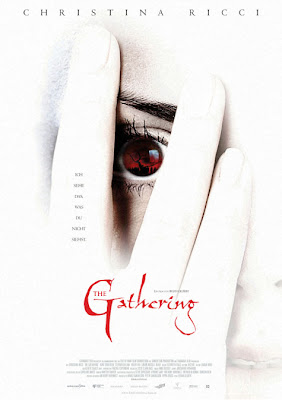 I enjoyed seeing The Gathering on a Thai DVD years ago, and then tracked down a widescreen release from Germany. There seem to be at least two running times out there - a short version of a little over 80 minutes (like both my Thai and German DVDs), while the current US DVD release (pictured at top) is listed at 92 minutes. If the US DVD definitely is longer, I'll probably buy the film a third time! The only clue to what's missing is in the trailer - a sex scene.


Here's an original trailer on YouTube... it's in German, but you'll get the drift.