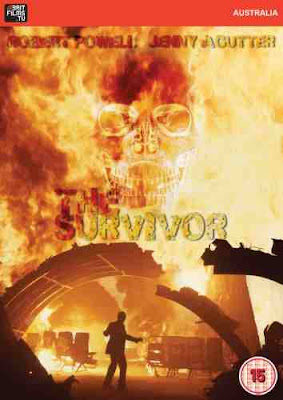 A chance discovery of a paperback of The Rats in a New Malden newsagents warped my fragile little mind, and made me very interested in James Herbert's horror novels. For a schoolboy in the mid-seventies, his early books were gold - extremely eventful apocalyptic horror and even imaginatively deviant sexual content made him a forerunner to Clive Barker and Shaun Hutson. Indeed, his were the first modern horror books that I read - Stephen King hadn't even published Carrie yet. The Fog and The Survivor were his next two novels, and made the deepest impressions on me. 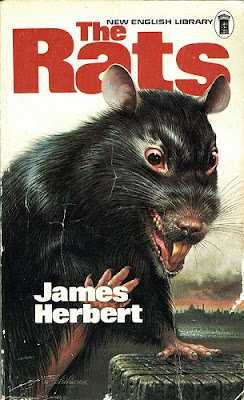 When John Carpenter's The Fog rolled into UK cinemas in 1980, we Brits assumed that there was only one story called The Fog and the movie was an adaption of Herbert's novel. We only discovered this wasn't the case in the cinema - there was no publicity to warn us otherwise. 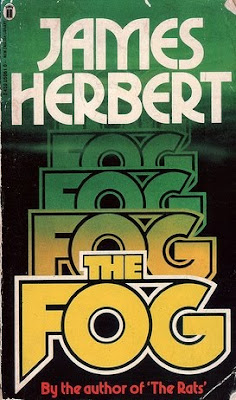 The same year, this Australian adaption of The Survivor became the first James Herbert novel to be filmed. Then a US adaption of The Rats (also called Deadly Eyes), but nothing in that film echoed my favourite episodes from the book, and the VHS was so damned dark you could barely see the little critters enjoying their human dinners. Herbert's non-horror Fluke and the non-scary Haunted followed later, making The Survivor the most interesting film of his novels to this date. However if someone like Neil Marshall could film the gory and debauched action of The Fog novel, that would make a wonderful horror epic. 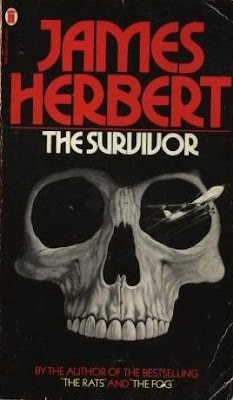 But The Survivor isn't totally satisfying. It's not the best Australian horror film of the period, despite being the most expensive (as noted in the recent Ozploitation documentary Not Quite Hollywood). I've always put it's failures down to seeing shortened versions and pan-and-scanned VHS tapes. Now I've finally seen it widescreen 2.35 on DVD, it doesn't make much more sense. Indeed the trailer (see below) offers more clues than the movie.

A commercial 747 jet crash lands in an Australian suburb (if it wasn't for the accents, you'd mistake this for the British setting of the book). It had just taken off so the fuel tanks are full. The resulting inferno kills everyone onboard... except for one survivor who staggers from the wreckage - the pilot (Robert Powell). As the crash investigators trawl through the pieces and the bodies, the pilot can't tell them why the plane fell out of the sky, due to memory loss. As the remaining wreckage is laid out in a huge hangar, some of the witnesses start seeing a little girl who leads them to a violent death...

With several ongoing mysteries, this should be far more interesting, but the story soon loses its way. The mounting mysterious death toll of witnesses is only once mentioned in a throwaway line. Meaning that it's only really a mystery to us, not to any other character. The story concentrates on the pilot's memory loss, but a local witness (Jenny Agutter) seems to know more, and is far more upset about the crash. Worse still for a horror film, the death scenes are really vague, too offscreen, too slowly-paced. Instead of competing with The Texas Chain Saw Massacre, the director prefers to quote from The Leopard Man (1943). Hardly a match for the violent, disastrous premise. The burns make-up on the crash victims is slightly unsettling, but only the constant screaming that haunts the wreckage is at all effective.

The screams aren't enough to make this nearly as horrific as Herbert's novel. His central story survives, which is what helps the ending to work so well. But along the way, there's not enough sense made of what's happening, that could have built tension for the rest of the running time. The highlights are the full-scale 747 crash at the start and the spectacular and eerie climax. The crash isn't as devastating as Final Destination, but is impressive nonetheless. The crash site and the investigation hangar are also both realistically and uncomfortably depicted. 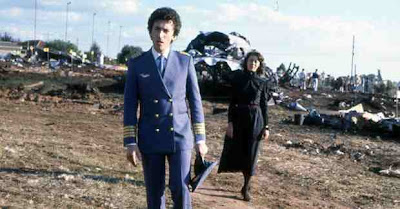 Robert Powell (Mahler, Jesus of Nazareth, Asylum) is good, perfectly cast for his haunted look, (he'd just starred in another Australian chiller, Harlequin). He's currently a regular in the soapy UK medical TV drama, Holby City.
Jenny Agutter does the best work, bringing more urgency and intensity to the situation, showcased in a long take where she has to wrestle with her inner demons. Agutter's first Australian film was of course Nicolas Roeg's impressive Walkabout (1971). Her next horror role followed almost immediately - the classic An American Werewolf in London.
Joseph Cotten (Citizen Kane, The Abominable Dr Phibes) is wasted as a priest. And he looks wasted too. This was one of his last screen appearances before he retired from acting.

Knighted Brit Tim Rice (who wrote lyrics for Evita and The Lion King) briefly cameos as a news reporter - I have no idea why. The memorable soundtrack is composed by the late Brian May, halfway between scoring Mad Max one and two.

David Hemmings is better known as a leading actor in cult movies (Blowup, Barbarella, Deep Red) rather than as a director, probably because his movies are so forgettable. I'm guessing more people have seen his TV work than his films. I love that he directed episodes of The A-Team and Airwolf - about as far from Antonioni as you can get. 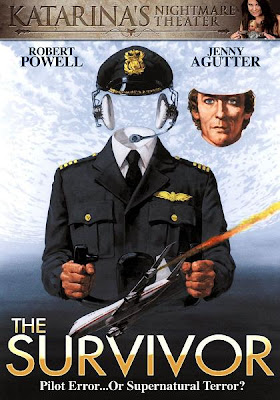 The recent UK DVD release (with the fiery plane crash photo cover, shown at top) is 2.35 anamorphic and is a longer version than the Australian DVD (also avoid the older UK skull-faced DVD - it's been cropped to fullscreen). The picture is slightly soft but made from a print in good shape. My copy had a couple of deafening digital audio faults that providing the biggest shocks in the entire film.

This Australian review of their DVD release mentions a running time of 78 mins and a cropped 16:9 aspect. So many compromised editions of the film have been released, I've put off getting this on DVD until now.

In April 2012, Scorpion will release a DVD in the US (artwork above). I'll add details when I get them.
Here's an original trailer on YouTube, spoiling most of the movies highlights...