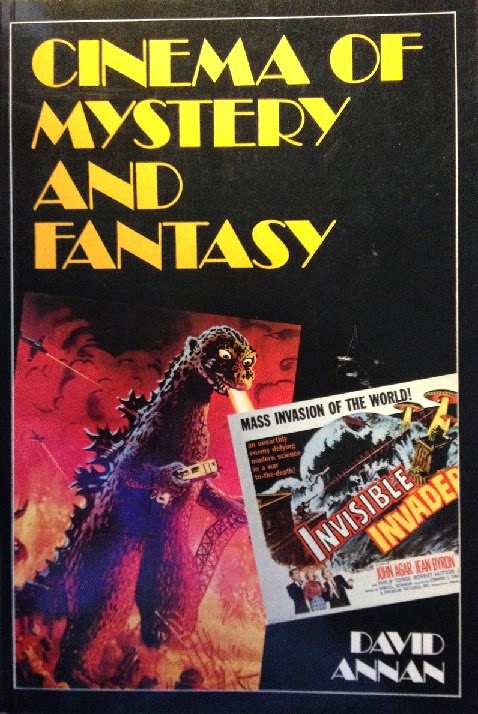 How to get a teenager's attention

One of the easiest ways to recommend movies is to use photographs and posters. All it takes to sell a movie, even if it's fifty years old. Tweet the right image from a film and someone will reply, "I want to see that." In the years before the internet, I discovered many movies new to me from books and magazines, especially ones with lots of pictures...

In the mid-1970s, when my interest in cinema accelerated, a handful of early hardback books about horror movies inspired me and many other lifelong genre fans, the books of Denis Gifford and Alan Frank. But these pictorial and evocative books were rare and comparatively expensive, only a possibility as Christmas and birthday presents. But here were a set of paperbacks, published at a time when cult movies were barely acknowledged in print and most writing about movies was very dry indeed, some of them having few or no illustrations!

The Lorrimer movie books were medium-sized paperbacks, much smaller than 'coffee table' books but taller than novels. They were also quite affordable - little or no colour inside. But packed with photographs, often of a controversial nature, they thrived for several productive years.

The text was usually a rambling thematic essay, but at the very least, clued me into the titles, directors and stars of interesting-looking films. Unlike the newspaper critics, still very sniffy about horror and science-fiction, there was little editorialising about whether these were 'good' films or not. It was an early sign for me that I wasn't alone in my enthusiasm for genre movies, the more way out, the better. 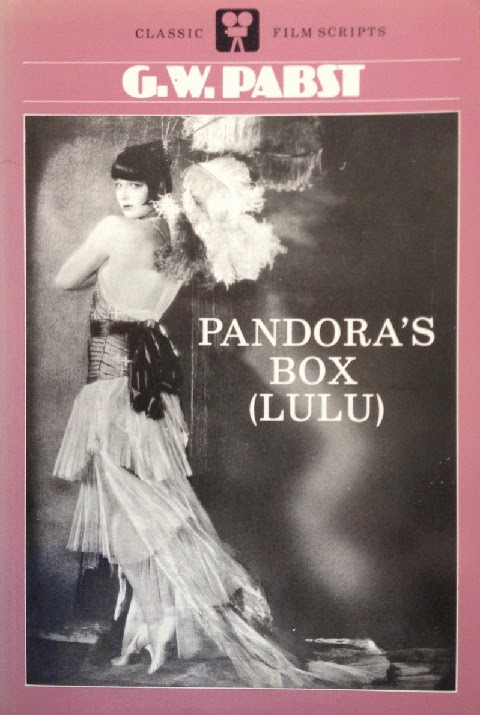 Before and since, Lorrimer Publishing has mainly released movie script reprints, like this one for Pabst's Pandora's Box. Invaluable for film studies, they specialise in arthouse cinema and international classics.

But here are all of Lorrimer's 1970s movie genre samplers, in the order that they first appeared. I think I've listed them all... 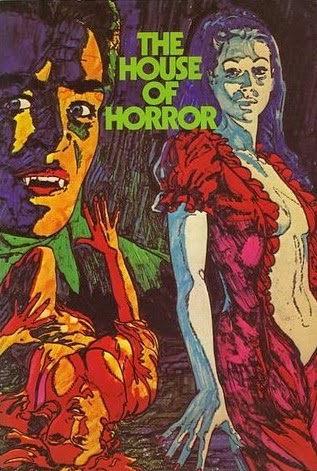 My first Lorrimer book was also my first that was dedicated to Hammer films. The House of Horror clued me in to the many Hammer horrors I'd yet to see. It included a brief history of the studio, a filmography of ALL the studio's movies, with an invaluable summary of all the casts and credits. I then knew what order the Dracula and Frankenstein sagas ran in! 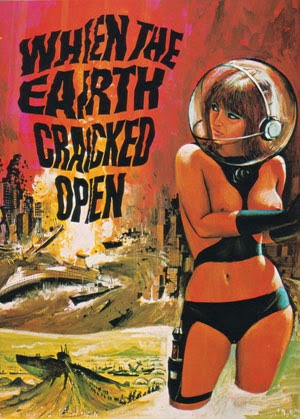 The bulk of the 128-page book is made up of the plots of all the horror films, though there are more photos than text. There's also eight pages of colour posters, for four projects that would never get made (above and below). An indicator of Lorrimer's future success was the sixteen-page gallery of Hammer's leading ladies. Full page portraits, not all fully clothed... Female nudity would be a regular feature in Lorrimer books - stealth softcore. The cover art was more respectable. 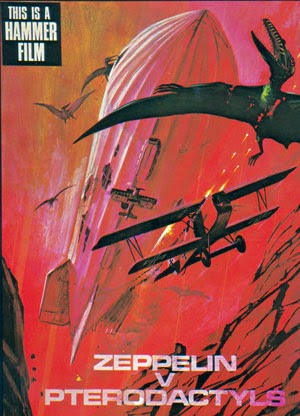 Published in 1973, the last Hammer horror films that it lists are Kronos and Frankenstein and the Monster From Hell. Hammer wouldn't be making films for much longer, so this was nearly a complete overview. The House of Horror was updated several times (in 1981 and 1984, and maybe more), each time with new cover art and subtitled The Complete Guide to Hammer Horror. But I never replaced my original copy, with the colourful Twins of Evil poster art on the cover.

This is a light read but was an incredibly useful reference book for many years. The contents of later Lorrimer books were far more random... 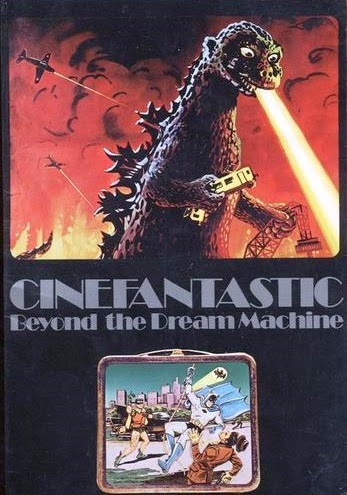 Cinefantastic - Beyond The Dream Machine, 1974


I bought this one for the photographs and poster reproductions, but the rambling text is still interesting and accessible. A wild musing on loosely connected sci-fi and fantasy themes, possibly inspired by the photos that were available. The text avoids the typical, endless, spoiler-filled plot descriptions and also bucks the slavish attention to auteur theory. Instead it riffs on the chaptered themes of Myth, Machines, Visions and Nightmares. Linking images and motifs observed in cave paintings, through Méliès, to Euro-horror and Japanese monsters. An equally valid chain of influence in film history.

For fresh ideas, it's no longer a fascinating read, but still a potent round-up of the variety of imagery in early sci-fi. While galleries of movie posters have now arrived online, and screengrabs are easy to upload, the internet has a long way to go before every movie publicity photo is accessible. Movie books of this vintage rarely published screengrabs, which seem to take up the majority of online movie illustration. The vast majority of photos were from studio photographers on the set, and this is where older books still have the upper hand over the internet - they also had access to photos that may not exist any more.

One of the earliest Lorrimer movie books, this was first published in 1974 as Cinefantastic (above), but reprinted as Cinema of Mystery and Fantasy in 1984 (see the cover art at the top). 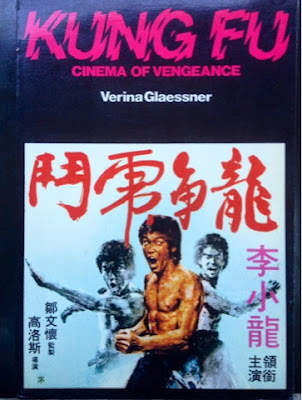 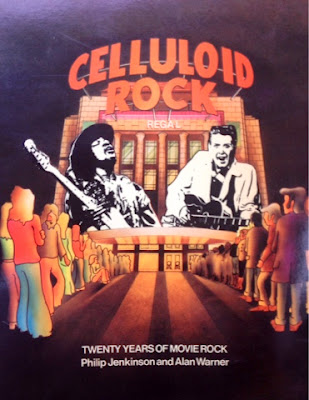 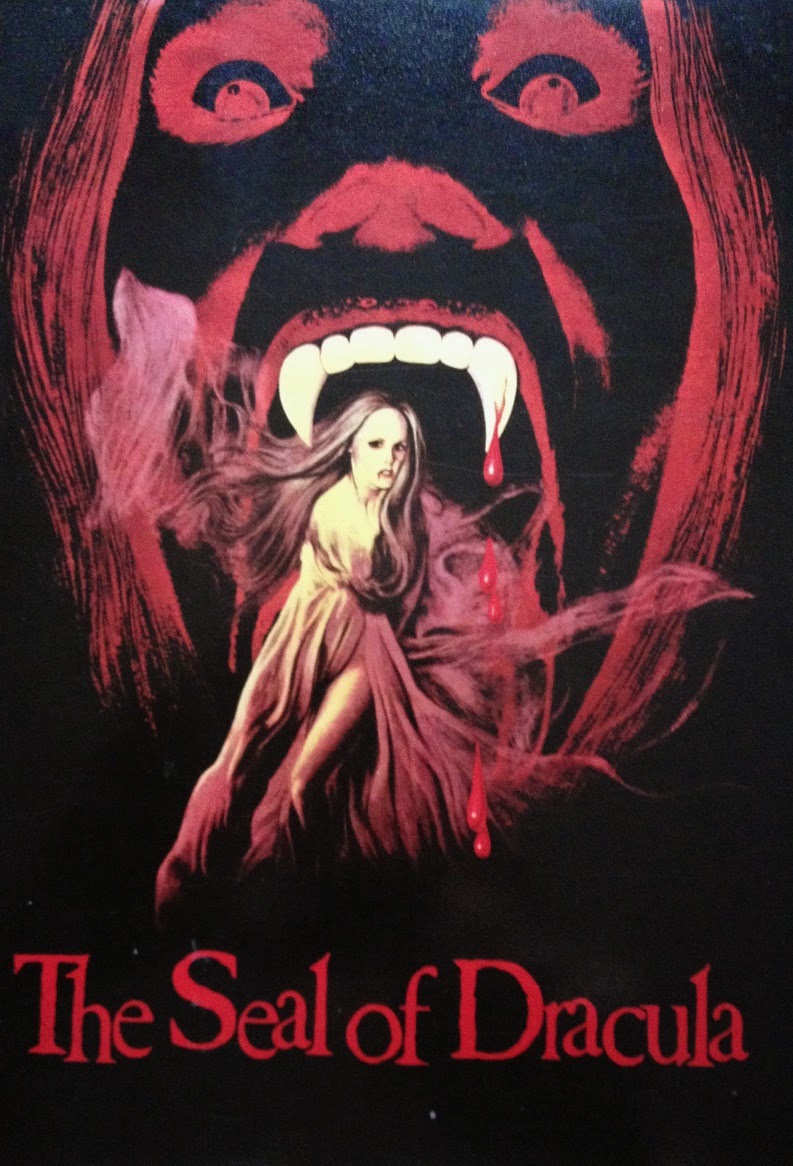 While the vampire genre of the 1970s offered an excess of naked female victims and vamps, the chapters also attempted to spotlight movies from every continent. 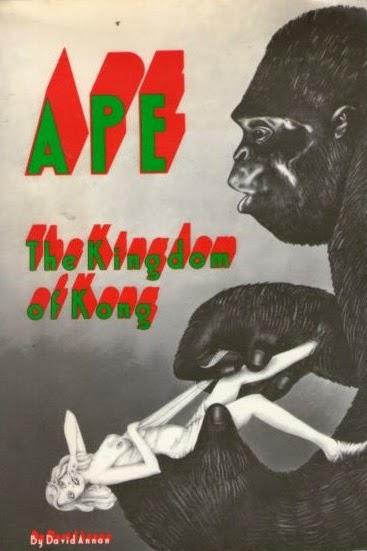 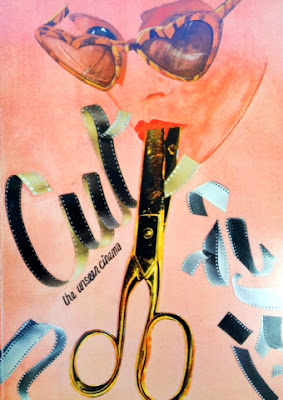 
Because this series enjoyed sex and violence, extreme films that fell outside of the horror genre were mopped up by Savage Cinema and Cut. 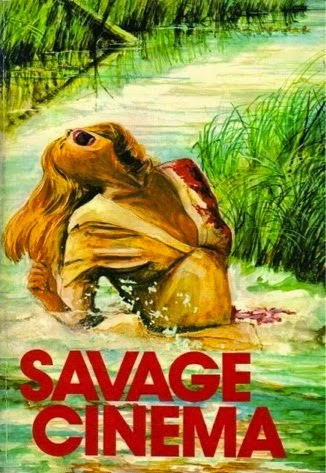 Italian Western - The Opera of Violence, 1975


Far from simply listing the big disaster movies of the decade, this has one of the more way out texts, envisaging the ultimate catastrophe of a cinema audience engulfed in an actual natural disaster. Though it puts the decade in perspective by cataloguing the many earlier examples of destructive spectacle in movie history.


While I've added to my collection of Lorrimer books through the years, and bought a few more for this article, here's the one from 1976 that I didn't want in the house. Just in case Amazon started making offensive suggestions. 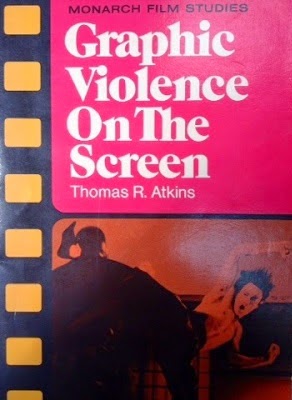 The Lorrimer books are easy to confuse with these Monarch Film Studies paperbacks which are almost identical in size, covering similarly offbeat movie subjects. The Monarch books are more dedicated to traditional film criticism, made up of essays on a single theme. There are fewer photos, but they are well-chosen, well-reproduced and often take up a half-page. These two from 1976, I simply couldn't pass up. 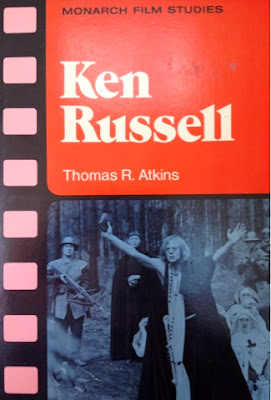 This was my first book on Ken Russell - it helped with background information on films that I hadn't yet seen, but of course he was still in the middle of the busiest decade of his career. 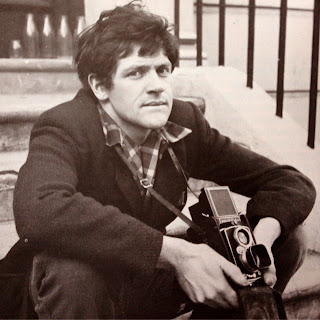 A great photo of a young Ken Russell when he was a photographer,
from the Monarch book


My selection of other British horror movie books from the 1970s is here...

This article was partly inspired by the enthusiasm for similar publications on the Vault of Evil discussion group (where they float a few ideas about who all these Lorrimer authors might actually have been, behind the pen names).