TINTIN AND THE MYSTERY OF THE GOLDEN FLEECE - finally on DVD 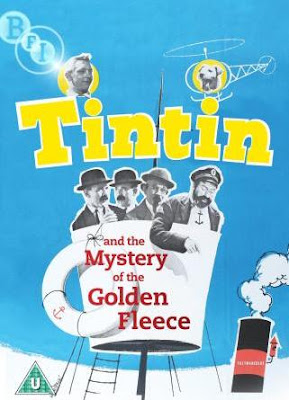 Frustratingly hard-to-get (until now), these handsomely made children's films will suit Tintin fans of all ages. Both movies are about to be released on DVD in the UK (in mid-October) having been digitally remastered - reportedly a huge improvement in image quality on the previous French and Australian releases. The UK release of Tintin and the Mystery of the Golden Fleece will also include the recently discovered English-language audio track. 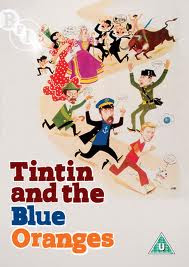 I'm sure I remember these two Tintin adventures being available as hardback books in the same style as the other Tintin comic albums, but with photographs and text telling the story of the films. I've recently tracked down both books again but only in French (pictured below). Did I imagine the English editions? I've also seen images on the net of comic album versions of these stories, but I believe they are even rarer.

Besides remembering these stories being included in the classic Tintin comic book collection (early graphic novels, if you like), I also saw Tintin and the Mystery of the Golden Fleece on British television in the seventies. The memory of that broadcast, prompted me to search for these films again four years ago, first finding them on VHS in Canada. Tintin and the Mystery of the Golden Fleece (1961) is by far the more fun of the two. Both films succeed at portraying the famous characters, but Golden Fleece also captures the flavour of a typical Tintin adventure - the globe-trotting, the sense of location and culture, and a good mystery at the core of the plot.

Captain Haddock (played admirably by Georges Wilson) is sitting in his hammock at Marlinspike, when he receives a telegram informing him that he's inherited a ship. He takes Tintin (played in both films by Jean-Pierre Talbot) and of course Snowy down to Istanbul to collect his inheritance.

The ship, called the Golden Fleece, turns out to be an old rust-bucket. But why does international businessman, Anton Karabine, want to buy the ship from them. Rather than sell it, they sail to Greece to deliver the relatively worthless cargo of carpets. Then they discover more about the ship's history and how desperately Karabine still wants to get his hands on it... 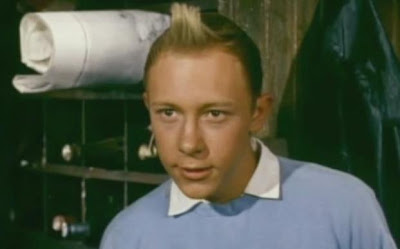 The young actor Jean-Pierre Talbot is a real find as Tintin. He looks the part, does his own stunts and is even pretty good at judo (for taking the baddies down). He only seems to fall short of the original character by not getting any comedy moments to himself. He also doesn't get much chance to frown - comic book Tintin always had a great frowny face when he was working out mysteries, but there's none of that here.

The comedy is of course left to Captain Haddock, dotty Professor Calculus and the hapless Thompson Twins, all uncanny lookalikes of the originals. But even the secondary characters appear to have walked off the pages of Herge's illustrations.

The handsome photography complements the many real-life shooting locations which make up the majority of the film. Particularly spectacular are the cityscape of Istanbul and the Greek clifftop monastery (that looks like the same one used in the James Bond movie For Your Eyes Only). 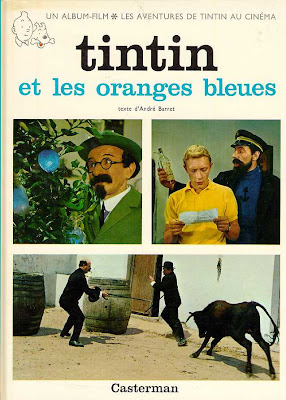 
Tintin and the Blue Oranges (1964) falls short as a follow-up. The characters are still impeccably portrayed, even though it's largely a different cast. Jean-Pierre Talbot returns as Tintin, but Calculus and Haddock are played by new actors. A notable addition to the cast is a cameo by Castafiore, the opera singer, who briefly adds fun to the proceedings.

Basically, Professor Calculus is sent some mysterious blue oranges in the post. When an intruder tries to steal them, Tintin and Haddock realise they're valuable, but why? They head off to Valencia, where Calculus remembers an old colleague was working on something similar. When the Professor is kidnapped and Tintin and Haddock are stranded in a grain silo, they realise that they are getting closer to the heart of the matter...

The problem with the film is the less spectacular locations and the less spectacular plot. The action mostly takes place in small towns in Spain, but nowhere iconic or recognisable. There's also a huge gang of children added to the mix - always a mistake in children's films, I feel. You don't necessarily need child characters for a young audience to identify with.

The whole film feels much smaller in scale, with few memorable scenes. The only highlight for me was an exciting fight scene. Jean-Pierre manages a spectacular flying tackle, a couple of judo throws, and a dropkick all in one take. 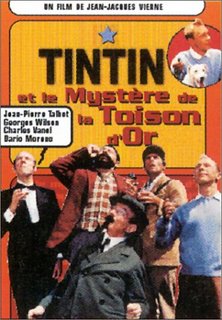 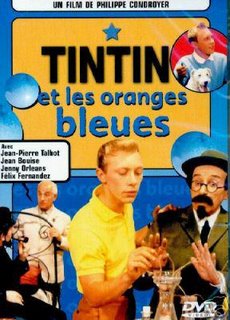 Once again, the French DVDs (pictured here) have no English subtitles. The 2007 Australian DVDs have subtitles, but are also from analogue masters (that is, not digitally remastered). 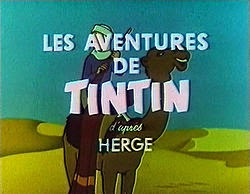 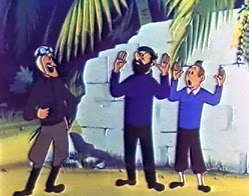 I'd also like to hear from anyone who can find any trace of my another Tintin holy grail - the 1960s' cartoon series that were shown as a series of 5 minute cliffhangers. These are totally off the home video radar as far as I can see. I believe they might have been released on VHS in the UK (in the eighties, before the new 1993 series came out).

For all your other Tintin needs, visit Tintinologist.