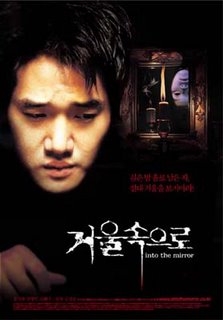 Posted by Mark Hodgson at 4:01 pm No comments: 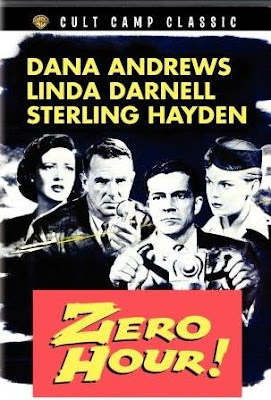 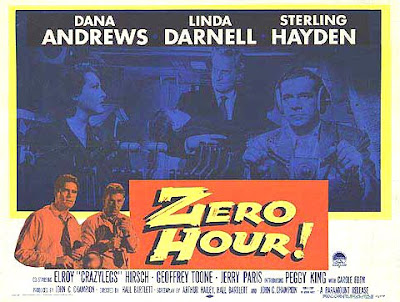 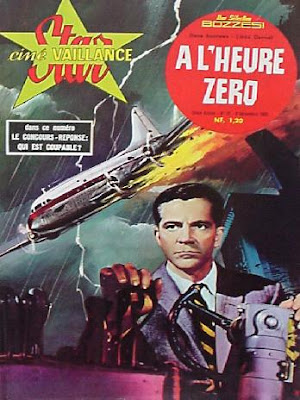 Another review, with nice. new DVD screengrabs, at DVD Talk...
Posted by Mark Hodgson at 12:22 pm No comments: 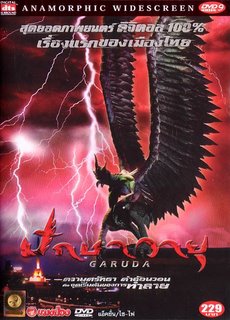 In Thailand, a Garuda is a half-human bird god. It's also a monster movie... a prehistoric cave is found during the excavations for a new underground train tunnel. 3 scientists and a special services army squad discover the remains of a petrified forest and encounter a fierce and fast creature still living there. The rather cocky soldiers soon discover that guns and grenades won't protect them...

Always curious to see how other countries (besides Japan) portray their monsters, and attracted by the beautifully rendered poster art, I took a plunge and got GARUDA on DVD. I soon realised it was not quite a GODZILLA, more like a YONGGARY.

YONGGARY, (or REPTILIAN in the U.S.), was a Korean movie trying to piggyback on the success of the American GODZILLA with its own CGI giant monster. Like GARUDA it was high budget for its country, and tried to appeal to an international market. Both films therefore used leading actors who would appeal more to Western audiences. This is partly GARUDA's undoing. Unfortunately, the weakest members of the cast appear to be the two non-Thai leads. The professor, the soldiers, even the comedy relief Station Master appear more professional. Seeing as Asian movies are breaking through internationally at the moment anyway, there's less risk in not having any Westerners to identify with. To be fair, the leads are asked to do some pretty stupid scenes, like the one where the scientist manages to stumble into the middle of a sea of trip-wires without setting any of them off.

The soldiers who here specialise in 'killing gods' are way too confident, and are portrayed as being ultra-cool, smoking like chimneys and wasting bullets like there's no tomorrow. One fancy fight routine is enhanced with some belated Matrix-style effects.

The CGI monster is well-designed and looks good in close-up (which is just as well, because whenever there's a dull moment we get a shot of the monster's face in close up). It's movements are a little lightweight but looks excellent when flying. The film-makers bravely place it in white corridors in some scenes and, while we know it's CG, the compositing into the action is flawless. But the action scenes rarely pick up momentum and the narrative is constantly hard to follow - there's one moment in the subway when I thought there were two monsters, the editing was so misleading. A simple story, badly told.

One last tip, if you're going to set a monster movie in a big city, at least show off some of the sites. We only ever see Bangkok at night and the skyscrapers could be from anywhere. A few establishing shots and the trashing of some local landmarks could have given GARUDA more of a sense of location.

This Thai DVD (sleeve pictured above) is all-region PAL, with 5.1 and DTS audio. The picture aspect is 16:9 anamorphic, but the sides seem to be cropped from a wider 2.35 aspect. Much of the detail in the shadows seems to be crushed to black, but this could just be the result of the stylised graded look of the film. In addition, there's a poor trailer but also a good look behind the scenes. The movie has well-translated, easy-to-read english subtitles, but not on the extras.

Posted by Mark Hodgson at 10:40 pm No comments: 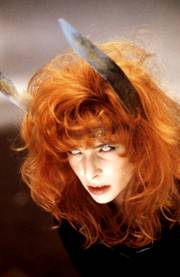 This weekend I was in Paris to see Mylène Farmer in concert. I’ve been describing her to friends as “France’s answer to Madonna”, but that’s doing Mylène a disservice. She’s been releasing successful albums and singles for twenty years now. Her music varies between dance, rock and melancholy pop. She sings about love and death, heavily influenced by gothic and romantic literature. Her videos are spectacular, liberated and often as controversial as her lyrics. She is reclusive and doesn’t grant many interviews. Her stage appearances are rare, the last was in 1999.

Oh yes, and it’s all in French, which I don’t speak much of. But I love her music, her videos and her attitude.

I saw Mylène at the Paris Bercy arena on January 14th, 2006, (having booked a ticket early in 2005). The atmosphere before the show was anticipatory to say the least. The papers reported that the first fans arrived 12 hours before the doors opened. Mylène arrived on stage in spectacular style that symbolised her re-emergence from self-imposed exile. Lowered from the arena roof in a white sarcophagus, she was carried to the temple-like stage by men in black.

The set transformed throughout the evening and was constantly textured by images projected onto the backdrops and from under the immense catwalk. For anyone the show would be extremely entertaining, for fans it was an absolute treat. The dramatic staging of her final number was haunting and unforgettably magnéfique.

She performed songs ranging from her earliest hits, like Libertine, to her latest, F**k Them All. These were presented variously as high-tech lightshows, flamenco dance routines or just straightforward rocking out. As a centrepiece to the evening, she sang some of her most heart-rending lyrics accompanied only by piano. Dressed in her trademark black lingerie, with her red hair coiffed like a candle’s flame, she was repeatedly reduced to tears. But whenever she stopped singing, the audience would carry on for her. For such a large venue, the event had many intimate moments.

Besides the thirteen dates in January, there may be extra shows in May. But they can only be held at this Paris venue because it’s simply too large to tour. Thankfully the early performances have been filmed for an upcoming DVD release.