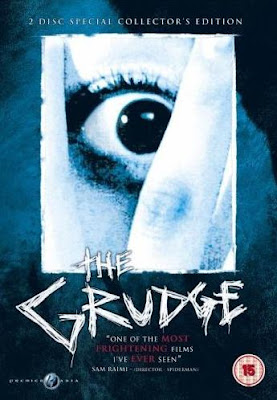 This DVD cover (above) is easily confused with the DVD of the American remake that starred Sarah Michelle Gellar. For more details about the entire Ju-on series click here.

The Director:
Takashi Shimizu is a relatively young director who delivers some of Japan's scariest films. The Ju-on films deliver Ring-type creepy scares. But instead of one huge scare in the finale, they deliver solid scares every 5 or 10 minutes.

This is no fluke. Shimizu has studied the classic horror movies of both East and West. In a revealing interview on this Region 2 edition, he name-checks his faves, like The Texas Chainsaw Massacre (1974) and The Evil Dead. But there are many other western horrors that he thought he could make scarier…

After the success of the first two Ju-on films, made on video for the straight-to-video market in 2000, Shimizu directed the best of the Tomie sequels, Tomie: Rebirth. He was then able to expand his Ju-on story with a bigger budget, for a film that proved successful in Japanese cinemas, and beyond. 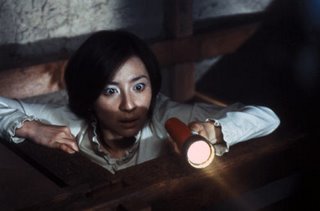 Rika, a care worker, is sent to that house where she finds a seemingly abandoned old woman surrounded by litter and dirty dishes. It’s the same story thread that the later American version had as its core.

The opening scenes serve the same purpose as the Teacher finding Toshio in the video version - we are introduced to the house where someone has been abandoned and apparently abused or neglected. Then we discover that there’s something else going on.

Rika is played by Megumi Okina, the wonderful leading actress from Red Shadow and St John’s Wort (both 2001, both recommended).

The second chapter of the film, is a flashback to the rest of the old woman's family – but here there is evidence of characters being possessed as well as cursed. This ghostly influence was hinted at in the video version (like when the third owner started dressing like Hayako and thinking of Toshio's painting as her own). But in the film version, the influence is more pronounced as characters start re-enacting the original crimes of the house.

A difference, between the video and film versions, is that whereas CGI was sparingly and subtly used in the video, the special effects are more obvious here - with hit-and-miss results. The physical effects of the ghost appearing (just an actor in white make-up) in unexpected places are what made me jump. The CGI is interesting, but not always frightening.

There's also a couple of unnecessary steals from the Ring films - like a pure 'black hair hanging' moment (successfully used throughout Ring 2) and even some distorted video faces. 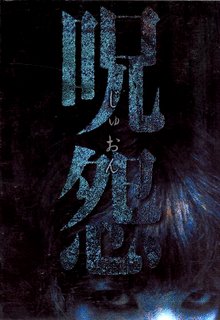 Front cover of the Japanese brochure for the film

The same story structure of chapters separated by blackouts remains. A new development is that the timeline is even more fractured. Not only does the story move back and forwards in time, it turns on itself. For example in the house, one character sees his grown-up daughter at an age when he should be dead.

Sensibly, the film includes an attempt to challenge the Grudge, rather than hope that the police are actually going to solve the expanding mysteries of the case before they themselves succumb. There’s also some scenes for fans of schoolgirl zombies, and some wonderfully inventive scares.

One of my fave moments of pure Ju-on fear - the ‘jaw’ chapter from the video version - is missing from this film, (but it returned in the US remake). I think this is because the two films made on film are a continuation of the story, rather than a retelling. For the most part, the films back-reference the events in the videos accurately, and smoothly continue their story. There's some minor deviations, but these make repeated viewings all the more enjoyable. 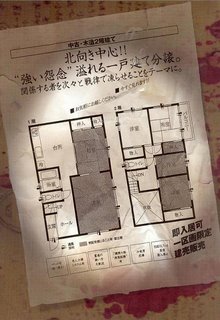 For all its complex narrative, there's an unnecessary montage/explanation/flashback at the climax of the film to reiterate what the Grudge is.

The closing shots of empty streets, (a possible nod to Kairo, from 2001), hints that logically the Grudge is going to keeping on spreading. The unfortunate Kayako seems to have initiated a particularly virulent form of revenge. Again, this is very much an influence of Ring.

Altogether it's an impressive gallery of horrors, more effectively staged than the US remake with an equally likeable cast. It spawned a Japanese sequel (hopefully two) and at least 2 US remakes. An awesome tale of terror written and directed by one guy...

The excellent UK 2-dvd set has a host of extras that further explore Shimizu’s inspirations in a half-hour interview. There are also interviews with the cast, behind the scenes footage, an alternate ending, deleted scenes and trailers. All interesting stuff for fans of Japanese horror. 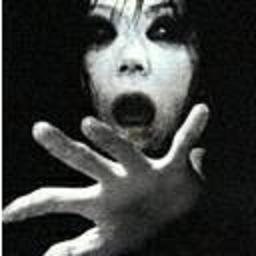 Lastly the music superbly underlines the fear and unease, but the traditional pop tune over the end credits isn’t a patch on the John Carpenter-esque electronic theme that closed the video versions. This theme and the best music from all four films are on a CD soundtrack (cover artwork above). It’s still available here on CD Japan’s website, which I’ve ordered from many times.