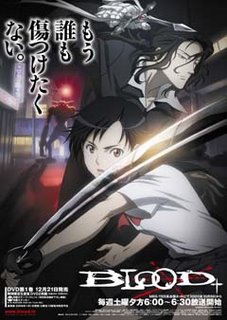 A 50-episode anime with a continuous epic story arc, from Production I.G, the makers of Ghost in the Shell - Stand Alone Complex. 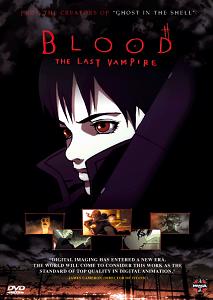 This series expands on the premise of the animated short film Blood - The Last Vampire (DVD pictured above). Saya, a schoolgirl vampire hunter, has to prime her sword with her own blood to be able to vanquish huge vampire man-beasts and their superfast protectors, the chevaliers.

She's aided by Haji, a cello-playing bodyguard and a team of government agents. It's set modern day (rather than the sixties setting of the original short film). 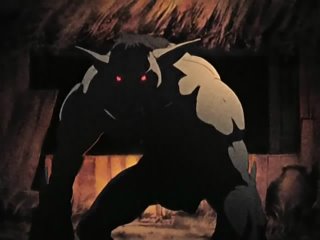 But the bloody and epic duels are usually divided by several episodes of quiet soul-searching chat and sightseeing, as the team travel around the world. It would make a truly exceptional movie with all the chat cut out (which they have done with the first series of Stand Alone Complex).

I love it for the animation and the realistic characters, then I hate it for killing time between story points. It’s truly awesome when there are plot developments - major bloody mayhem. Full marks for depicting charcters who can fight at speeds faster than the eye can see. When there's two of them going at it, how would you show that? Animation house Production I.G have figured it out.

There’s also a really excellent soundtrack from Mark Mancina, who's crafted an exciting score that sounds good enough to be a modern James Bond. Highly recommended, 2 CD soundtracks have been released of Mancina's music (see CD Japan for details). Just don’t get the alternate CD of Haji’s cello recitals by mistake (I’m not kidding).