If you haven't been here before, the Black Hole blog recommends all sorts of movies, old and new, from around the world. But half the films are from Japan. I'm so impressed by the quality and freedom of the film-making, the style and imagination and, well, they come up with stuff that no one else does. Sometimes impeccably tasteful, other times, not so. A case in point... 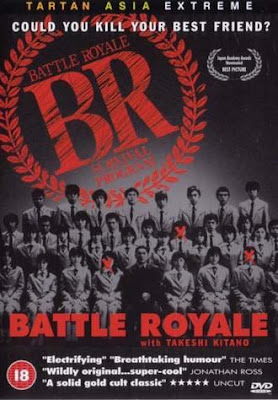 BATTLE ROYALE
(2000, Japan)
If you only ever see one Japanese movie...
...make sure it's this one!
In the near future, 42 schoolkids are abducted and taken to a remote island. They are given a weapon each and told that only one of them will be allowed to leave the island. They have three days to kill all their classmates...

An outrageous scenario with brutal violence that veers between tragedy and black humour. Not visually extreme by today's standards, but repeatedly shocking. It could easily be TV from the near future - as each teenager dies, a scorecard comes up of how many survivors are left. I first watched it in a state of continuous astonishment, and it's the best movie I can think of which would change someone's mind over watching a subtitled movie. 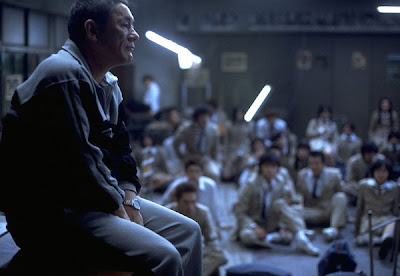 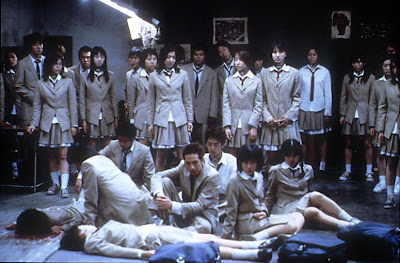 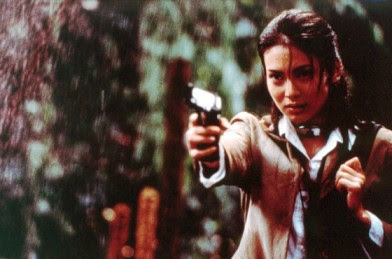 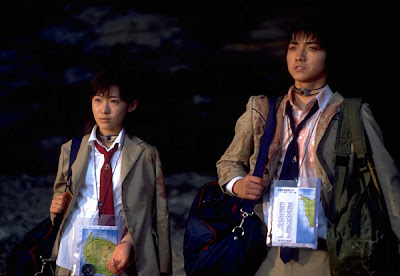 .
There are two versions of the film, the original and The Director's Cut - a revised version where Fukasaku added a little more blood to the film. There's an important additional scene that shows the class playing basketball together before they're abducted. It's the only opportunity to see them in a normal situation before the havoc begins.

But see either version. Whichever way, you won't forget Battle Royale in a hurry.

Check out more from the Japanese Blog-a-thon at Wild Grounds.


Here in the Black Hole, there are lists of links to Japanese horror films, anime, monster movies and TV... down the sidebar...