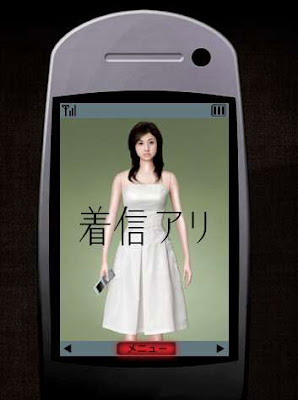 Takashi Miike’s hugely enjoyable One Missed Call (2004) was a successful late entry in the Ring ‘genre’ of Japanese horror. Taking the familiar plot of a series of cursed mobile phone calls, triggered by a vengeful (long black-haired, crawling) female ghost, Miike demonstrated that there was still fun to be had.

As One Missed Call - Final, the third movie, is released in Japan, I thought I’d mention the TV series that’s now out on DVD.

As a TV thriller, this is less serious in tone than the similar Ring: The Final Chapter series, in fact this is even more tongue-in-cheek than the One Missed Call movies – there’s a sort of Mulder and Scully pair of detectives, backed up by a posse of Lone Gunmen net detectives. The bloodless death scenes include homages to horror movie death scenes lifted from classics like The Omen and even Ju-on. But this is for TV and quite a low budget affair, so apart from the spectacular fire stunt in an early episode, the action relies mostly on editing and ingenuity rather than FX. 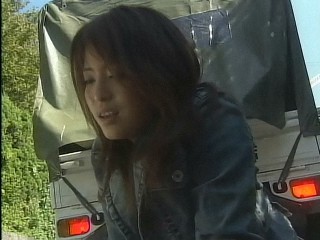 More of a detective series with dollops of horror, it also adds humour with the interplay between the regular cast. The ensemble players are charismatic and the main characters likeable.

The series works at a tangent to the mythos of the movies, but provides just enough drama and horror to entertain.

Again, if you haven’t seen Japanese TV drama before, the series doesn’t look as slick as, say, UK drama. The series was shot on video and much of the action takes place on location (meaning that fewer sets have to be built). The initial ‘feel’ is more like a regular soap, than a filmic drama.


DVD
The entire series is out in Japan (without english subs) in a 5 DVD set called Chakushin Ari - the TV series. 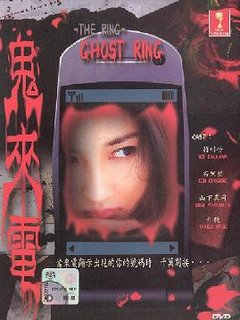 It’s also available under the cheeky name “Ghost Ring” in a 3-dvd boxset in Malaysia (pictured). This has the original Japanese stereo, and decent optional English subtitles. The picture is 1.33 fullscreen but the compositions don’t look cramped (even though it was shot 16:9 widescreen). I got mine from ZoomMovie DVDs. (It's also still listed on HK Flix. 30/08/08)
Posted by Mark Hodgson at 7:02 am