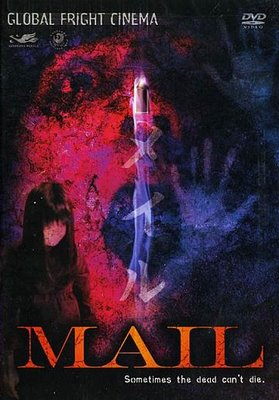 Manga artist/writer Housui Yamazaki has two manga being translated into English at the moment, Kurosagi Corpse Delivery Service, and Mail. The latter has already had a low-budget live-action adaption in Japan. 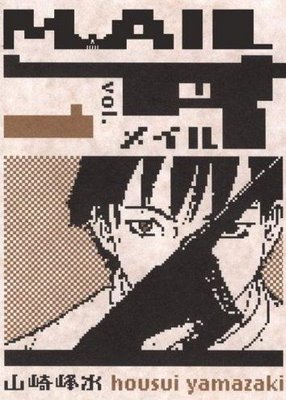 MAIL is an almost zero-budget shot-on-video version of Constantine, as our hero, Private Investigator Reiji Akiba, vanquishes spirits with a bullet from his Holy Pistol! How does he know about the ghosts? Well people mail him about them! Catchy, eh! 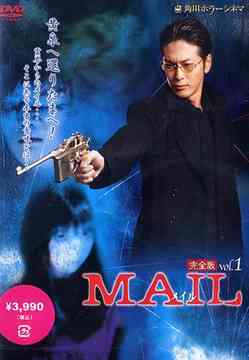 The action starts immediately, but with some very poorly realised video FX and a silly Sadako-type ghost on the crawl. Akiba turns up in the nick of time, shoots the ghost, that's it – end of case. This ridiculously simple solution, together with the fact that he’s psychic enough to 'see dead people' is neither fresh nor gripping.

Things pick up as a schoolgirl is saved from the ghost in her painting, (a familiar subplot also seen in the recent series Garo and Portrait de Petit Cossette). She decides to join him as an assistant (another overused ploy to sneak a schoolgirl into the series, just like in the manga and anime Ghost Hunt).

Luckily for us it’s Chiaki Kuriyama, though she’s not in that many scenes, and only has a chirpy schoolgirl character – hardly a stretch for her or any other young Japanese actress.

After a daft segment about a haunted sat-nav (hopefully that idea won’t be reworked as a feature), the plot thickens as we learn more about Akiba’s first job and how he got into this line of work. This segment benefits from not having cheesy FX and works on the basis of the performances and moody lighting. Though the story is rather reminiscent of The Eye.

I warmed to this having persevered with the opening half hour. Even the FX got better (in a Charmed sort of way) and the story achieves a poignant sort of closure. It’s more spirits than scares, a supernatural drama, rather than horror. Highly derivative but earnestly done, and saved from total oblivion by Chiaki’s presence.

The US DVD (pictured at the top) has English subtitles and is widescreen but non-anamorphic. The widescreen aspect infers that it was a v-cinema project, but the episodic structure and onscreen chapter titles make it look more like a short TV series. The running time is actually 110 minutes and not 150 mins as listed in many of the online DVD stores (because of inaccurate info on the DVD back cover). 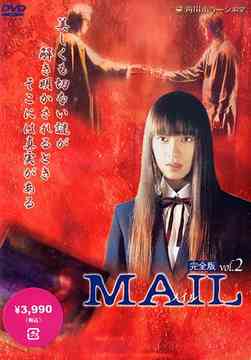 Strangely the Japanese release - on 2 DVDs (with no English on them) - add up to 160 minutes, so we've lost 40 minutes somewhere, but this is long enough already.

It’s yet another project only really worth watching for Chiaki Kuriyama. Why she isn’t getting a string of movie roles is beyond me. After her high-profile roles in Battle Royale and Kill Bill Volume 1, I thought the movie world would be at her feet. Instead, she’s done more TV than film, even in Japan. If anyone was suitable for YoYo Schoolgirl Cop, I'd have thought she’d be obvious, to further ensure international success.

There's a nifty trailer for Mail with lots of Chiaki in it here on YouTube.

For fans, here’s an interview with Chiaki that was done at the end of last year for TV in the UK. It's a segment from Japanorama, presented by Jonathan Ross - Britain's biggest cult movie buff and Japanophile. Here on YouTube.