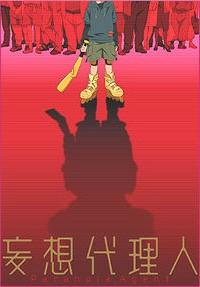 This anime TV series from Satoshi Kon (PERFECT BLUE, MILLENNIUM ACTRESS) is hard to categorise, or even describe. Suffice it to say that a sick little monkey on rollerblades is skating round a Japanese city and crowning a wide range of different people with a baseball bat... I found it inventive, dramatic, chilling, funny, horrifying, original and exquisite entertainment.

The series is being released on region 1 DVDs (in the US) and region 2 DVDs (in the UK) . . . but as 4 seperate volumes. This HK DVD set crams the entire 13 episodes onto 2 DVDs (9 of them onto disc 2). There's a nice fold-out case in a transparent slip cover with vibrant artwork. But apart from the episodes themselves there are absolutely no extras.

The optional english subtitles are pretty poorly translated - I followed the story adequately but the dialogue was repeatedly spoilt. I'll wait until the series is released as a boxset in the UK or US and see what the total price tag hits.

The HK set presents the series in widescreen but not anamorphically. The master tape has occasional faults on it (a betacam sp tape crease spanned the width of the screen at one point).

This is a cheap way to experience the series, but not the best way.

There is also a CD soundtrack available of some of the music composed for the series. The end theme music is especially haunting and catchy! Posted by Mark Hodgson at 1:45 am No comments: Posted by Mark Hodgson at 7:08 pm No comments: 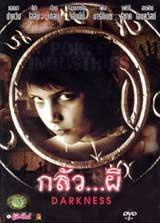 Posted by Mark Hodgson at 10:45 am No comments: