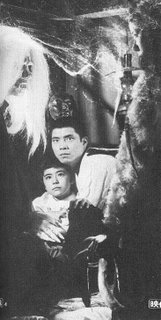 I sought out this film because, like Living Skeleton, (also released in 1968), I’d been intrigued by the photograph (at top) in Denis Gifford’s seminal book A Pictorial History of Horror Movies (1973). (For years in the UK, I barely got to see any of Famous Monsters of Filmland. At the time this book, David Pirie’s Heritage of Horror and Alan Frank’s Horror Movies were my only info on horror films). In the photo (above), was a fascinating scene, but the film was unobtainable. 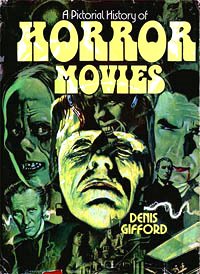 Only now, as I search back through Japan’s earlier horror films that I finally discover that Snake-girl was recently made available on a Japanese DVD, in celebration of 50 years of manga horror stories by Kazuo Umezu.

KAZUO UMEZU
He began writing while still at school and was first published in 1955. As far as I know, his horror stories repeatedly centre around young girls and take the form of dark (very dark) fairy-tales. Like if the scary bits from Snow White or The Wizard of Oz were stretched out over the whole story. But scarier than that, almost Hammer Horror scary… but aimed at children. Obviously I have no idea of the true age of his readership, or who it was intended for. But the glimpses I’ve seen of his manga look terrifying, certainly if read by children of the character’s age in the story. I think his artwork also distances an adult audience, bordering on Astro Boy cuteness, (the children have very big eyes), but usually unhappy, scared or crying!
So, not only did I find a film that I thought I’d never see, but it revitalised my interest in Umezu. I’m not the only one - Umezu’s works are being reimagined as a series of films, under the banner Kazuo Umezz's Horror Theater. These are currently being released on region 1 DVDs (I’ll review Volume 1: House of Bugs, the DVD and the manga shortly). Also, at last, a large selection of his manga are now being translated as a series of graphic novels, called Scary Books (from Dark Horse Comics). The third volume in the series is about to be published. His epic, Drifting Classroom, is also being serialised in English by Viz Media. 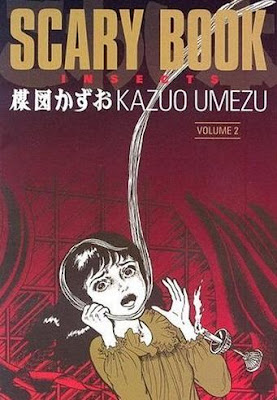 (I’m a little confused as to why the manga are listed under Kazuo Umezu, and the DVDs are branded Kazuo Umezz – this will surely miss out on cross-promotion and efficient Googling. His name is Umezu but I think his self-chosen nick-name is Umezz or Kazz. Both names feature on his Japanese homepage.)

Umezu’s work has been patchily adapted for TV and film until now. I’m pleased that he is still around to see his work rediscovered and distributed more widely than ever. There was recently a TV series based on his manga Long Love Letter and there's a forthcoming film called Sukeban Boy. Hopefully, these older adaptions will also finally find a wider audience - this one certainly deserves it...


THE SNAKE-GIRL AND THE SILVER-HAIRED WITCH (1968)

Bear in mind that I watched this without subtitles… In the prologue, we see a maid go down into the basement of a big house. There’s lots of snakes and scorpions in glass tanks. Someone hiding in the shadows takes out a snake and throws it at the maid. Its bite kills her instantly. Someone hears her scream, but the murderer is nowhere to be seen. It looks like an accident…

Sayuri, a young girl with a short boyish haircut, leaves the care of an orphanage to return to her family home (I read that there was a mix-up at birth and the family got the wrong baby). Though the nun who was looking after her seems to be unhappy about the reunion…

Things get off to a bad start as Sayori arrives home, the dead maid is just being carted off to the morgue! Her new found family consists of Mum, Dad and the senior maid, Shige. Their house is large, almost a stone mansion. (There’s an impressive shot from out of the front gate - the sky isn’t visible, there’s just a gigantic facade of scaffolding, a huge new slab of building being constructed).

Inside the house, Mum seems a little odd, Dad is never around, and someone is peeping at Sayori through a hole in her bedroom ceiling. Worse still, someone drops a live snake on her while she’s sleeping! Then a snake-faced girl appears in her bedroom.

Sayori soon discovers that there’s a second girl in the house, called Tamami. I guess she’s explained away as adopted, but we know her as the step-sister from hell. Tamami is the rudest, cruellest, nastiest little girl you’d care to share a house with. It was Tamami who dropped the snake on Sayori from her bedroom in the loft. Now that she’s no longer a secret, the girls share the bedroom, but Sayori thinks there’s something wrong with Tamami’s face. She has a strange waxy appearance. As she lies down to go to sleep, her hair falls away and there seems to be a crack down the side…

Eventually, Sayori is all but imprisoned in the loft (full of scary masks) which is haunted by a white-haired crone with a skeletal face and murder in mind. What the hell is going on? Are her nightmares coming to life? Will they succeed in killing her? 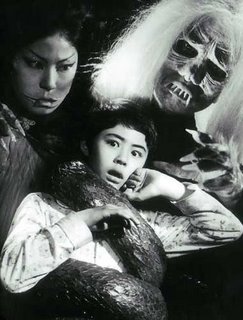 REVIEW
To give you some idea, I’d compare this to a sixties psychological Hammer film, one of the black-and-white ones with the driving-the-heroine-mad-in-a-big-house plot (like Taste of Fear - 1961), mixed in with the plot of The Reptile (1966), but for kids! It resembles one long children’s nightmare, but that’s like calling Jaws a fishing trip. It’s nightmare bordering on full-on Japanese horror film.

It’s also kept interesting by the blurring of Sayori’s imagination. Much of the horror is in her dreams, but she also sees the snake-girl when she’s wide awake. The movie is fast-paced and interesting, even sub-textually. The characters motivations keep you guessing and the dream sequences are full of effects and are probably Freudian too!

I found it entertaining and surprisingly violent, probably because I thought it was going to be for kids. Tamami’s escalating cruelty fails to break the gutsy spirit of the young heroine, but provides us with many jaw-dropping moments – not least of which is when she tears Sayori’s pet toad in half! She’s full of surprises like that.

There’s another marvellous moment when Sayori catches Tamami looking at a natural history book, staring and mumbling at a page full of frogs. It reminded me of a similar moment when an adult is obsessing over some newly found spirals in Uzumaki. There’s also some apparent Christianity-bashing going on, just like in Living Skeleton. Let’s just say the nun gets payback for placing Sayori in such an awful household.

Whilst the film isn’t as lavish, gritty or sexual as the more famous sixties ghost stories like Onibaba, this is certainly faster-paced, more inventive and eventful. Its atmosphere of nightmare and sadism are certainly unique.

BEHIND THE SCENES
This was directed by Noriaki Yuasa, who also helmed the original Gamera movies. He must have been one of Daiei Studio’s top directors of FX films. It’s a pity that Daiei went bust in 1970, relegating Yuasa to directing TV for the rest of his career (including Ultraman 80).

Despite his expertise, (and probably due to the budget) there’s occasionally some obvious model work, and some fakey spiders and snakes. But that’s countered by the imaginative scenarios and great make-up effects – Tamami’s waxy mask is as eerie as the visage in Eyes Without A Face, and there’s a glimpse of the snake-girl’s hinged jaw (with cheek-splitting action, just like Ichi the Killer). The witch’s face also looks effectively undead.

The small cast are super, with the young actress Yachie Matsui, playing Sayuri, in her only film (according to Imdb). Kazuo Umezo himself scores a cameo as a taxi driver. He has since appeared in other adaptions of his work, such as Drifting Classroom (1987) and the forthcoming God's Left Hand, Devil's Right Hand. He also has a cameo in the promising Tokyo Zombie (2005) which is hopefully being released on DVD in the US later this year. DVD
The Japanese release (pictured) is anamorphically presented in 2.35 widescreen. This a good-looking disc, if only it had english subtitles it would be perfect. There’s an original trailer with some glimpses of scenes that aren’t in the final film.

Amongst the extras are three more trailers, one for Warning From Space (1956, Japan’s first colour sci-fi film), one for a historical tale about islanders hunting whales with spears, another about an invisible samurai!!!

In the extras and in the foldout booklet, there are tantalising glimpses of Umezu’s original manga illustrations, that are even more graphic than the film. Let’s keep our fingers crossed for a translation in the near future.

I’m guessing that the ‘snake-girl’ segment in the forthcoming US DVD Horror Theater Volume 2, is also based on the same source material. I’ll update this page as I find out.