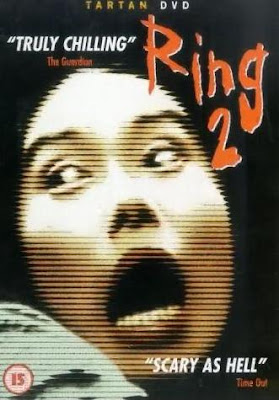 RING 2
(1999, Japan)
This is part of a series about the Ring phenomenon, with a review of the second in the Japanese film trilogy.

The story follows on only hours later than the events in Ring. The police are still looking for the surviving characters, as well as sorting out the bodies... Mai, a minor character in Ring, (Professor Ryuji's assistant), steps up as the leading investigator in Ring 2, pursuing the mystery of the cursed videos. Crucially, the VHS tapes left around from Ring are carefully tracked down. Sadako's brother is again quizzed for clues, while also seeking closure for crimes against her.

Even Masami - the girl who survived Ring's opening scene - is revisited, though she's now in a psychiatric ward, carefully avoiding TV screens...

Okazaka, a reporter colleague of Reiko, (the heroine in Ring), has meanwhile interviewed Kazae, a new schoolgirl interviewee for the 'urban legend' story, has found another copy of the tape (but I'm confused as to where she got it). 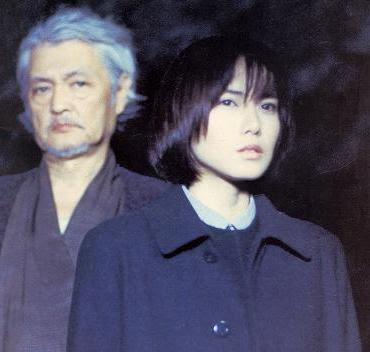 Koji Suzuki's original Ring novels took a different direction than Ring 2, and there was a movie adaption of this alternate timeline, Rasen (sometimes called Spiral). I'll cover the movie of Rasen later, but this 'forgotten' sequel was the first to be made, but failed to capture audiences' imaginations.

Ring 2 had some powerful scares in it when I first watched it, even more than the original film. But watching it again, it's lost its hold on me, and the piecemeal plot delivers only a few memorable moments. Hopefully it can still deliver fright to first-time viewers who loved Ring.

It's certainly enjoyable for Ring fans to find out what happens next - to learn more about Sadako’s horrifying life and see a little more of her than in the first film, though she disappointingly has less to do. Every surviving witness, any connection or, gulp, videotape is explored further.

Though the messy climax is as unscary as it is unscientific. Denis Meikle's book The Ring Companion pins the blame on director Hideo Nakata taking his his inspiration for Ring 2 from Exorcist II: The Heretic(1977), a disastrous sequel to a classic horror movie... The only visual evidence of this appears in one scene where characters get their heads hooked up together by electrodes. I was reminded more of Brian De Palma's The Fury (1978), where psychic characters have vivid and frightening telepathic flashbacks when they have physical contact.

It's a fascinating follow-up for those gripped by the original, but not a classic story in itself, with few memorable scenes that come close to Ring. 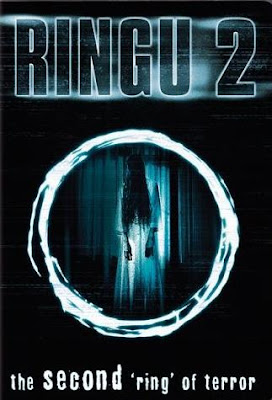 Like the first film, the initial UK DVD release of Ring 2 wasn't in great shape (cover art at top), with poor picture quality and subtitles. However the newer UK and US DVDs are a vast improvement.

Do you want to know more?
My introduction to the Ring phenomenon is here.
My review of Ring is here.
Posted by Mark Hodgson at 3:14 pm