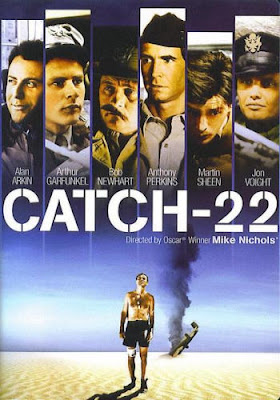 CATCH-22
(1970, USA)
I remember this on TV as much for the shock moments, as for the black humour and the heavyweight cast. But only after seeing it in widescreen for the first time (on DVD), could I fully appreciate the huge scale of the production, especially the ambitiously long takes during the film’s most spectacular scenes.

After two massive Hollywood hits (Who's Afraid of Virginia Woolf?, The Graduate), director Mike Nichols secured a huge budget for an anti-war film. He could afford to assemble a dozen fully-operational WW2 bombers, and an extensive location shoot in far-off Italy. He was of course attempting to live up to expectations and make a great film of Joseph Heller’s great book.

Although set in World War 2, the sense of place and time is played down, so that the madness feels like any wartime, rather than a specific war. Yossarian (Alan Arkin) flies dangerous bombing missions - the more times he goes up, the less likely he is to come back alive. He wants to escape by pleading insanity to the USAF doctor (Jack Gilford). But the Doc says only a sane man would want to save his own life, therefore Yossarian can't be insane... this is one of the many paradoxical 'catch-22s' that occur in the story. His fellow airmen escape the madness in a variety of ways, but not always alive.

The film's approach is unusual in many ways. The structure occasionally dips forwards and backwards in time, and we're disorientated by Yossarian's recurring dream of an injured airman. The satire isn't aimed at the loss of life, like most anti-war movies, but the enforced lack of logic, and its motivations... 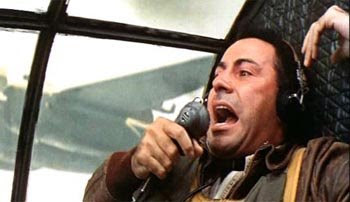 There's an extraordinary cast, headed by Alan Arkin (Gattaca, Edward Scissorhands, Wait Until Dark), who at times emits sounds like a stressed-out Pee Wee Herman. He's the only character who reacts to the ridiculousness happening around him. The rest of the cast are playing eccentrics who act as if nothing is wrong. While the characters may not have existed, Heller based the novel on his experiences on an airbase that was aiding the American forces to pacify Italy. 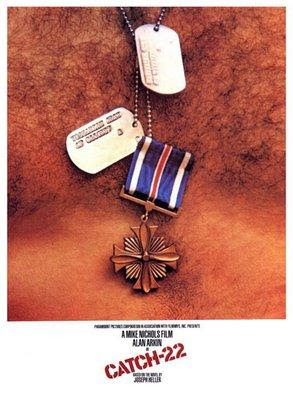 The legendary Orson Welles has an impressive cameo. It's also fun to see Anthony Perkins and Martin Balsam reunited in a film, ten years after their intense head-to-head scene in Psycho. A young Martin Sheen tries to kill a colonel, a coincidental practice run for his later role in Apocalypse Now. Other fresh-faced youngsters in the cast include Jon Voight (Angelina Jolie's dad), Art Garfunkel, Richard Benjamin and Paula Prentiss, all displaying sharp comedic skills.

The insanely complex, long, single takes mix important members of the cast together with all the planes taking off en masse, as well as dozens of buildings exploding in a night raid. Two major scenes strengthened by their complete lack of fast editing or camera trickery. 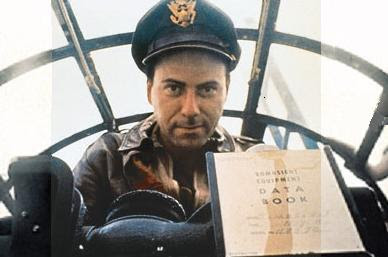 Catch-22 is a more savage satire than M*A*S*H and is just as funny, but has been pretty much eclipsed by it. Both films emphasise the blood and guts spilled in wartime. But while Catch-22 starts off more as a black comedy, the humour gives way to harsh reality by the end.