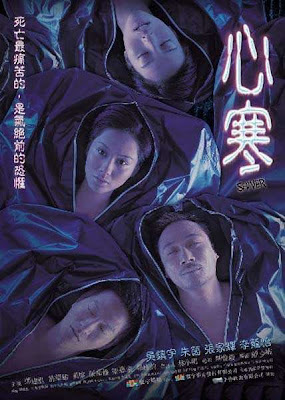 There's currently little in my Hong Kong section, here in the Black Hole, because I like my horror free of slapstick and kung-fu, (Mr Vampire is of course an exception). Serious HK horror is relatively thin on the ground, though I’m still digging around. Even if I include the Pang brothers, who don’t exclusively get funded by Hong Kong, but rather as multi-territory co-productions - for example, The Eye is listed as Hong Kong/Singapore and was mostly shot in Thailand.

Now that China, Hong Kong’s major new market, has again banned horror films, things are looking serious for horror there. Recently, I tried out Andrew Lau's Haunted School which was pretty poor. I now take a look at Shiver, which looks like it was made in the early nineties, with basic filmaking techniques, flat lighting and live sound. 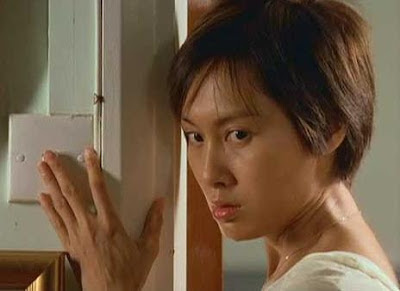 Chen Ming (Francis Ng) and Sum-Yi’s marriage is in trouble. Things are so bad, even their divorce is in trouble! Stuck in traffic, they get caught in a shoot out and Sum-Yi (Athena Chu) gets hit in the head. She survives, but finds that she can see ghosts… and predict serial murders. It’s handy that she's married to a cop.

As her visions get scarier, and her behaviour gets more hazardous, hubbie is closing in the serial killer. Though it’s hard to identify with Chen when Sum-Yi’s doctor, Ko Chun (Nick Cheung) is a far more compassionate character.

Like Chen’s driving, the movie veers wildly around between good and bad. The script mixes up the genres and throws in some good twists, aiming to please serial killer and horror fans, with police shootouts and car chases thrown in. I was also shocked to see full-frontal male nudity, on a corpse with its legs sawn off by chainsaw. There’s something you don’t see every day. 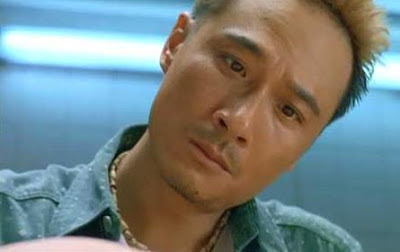 But many scenes have serious drawbacks, which I'll credit to the low budget rather than inexperience – director Siu-Hung Chung’s track record is certainly long enough. There’s a good enough cast, but they’re made to look bad by slack, unflinching editing during the harshest emotional scenes. There’s also a multiple car crash which is haltingly edited. Add to that some rather dated make-up effects. If you want actors to look stressed, don’t paint them green. If you want corpses to look like they're out of Seven, don’t use plastic.

The action gets really confusing towards the end, when inexplicable motivations really pile up. In short, our hero the cop is a really lousy detective, a lousy shot, and a lousy medic. Plus, we get to hear way too much of his annoying mobile ringtone.

Finally, one of the minor characters is called Kitty Chow. Is that a brand name of catfood in the US?

In some scenes, I started getting into Shiver - the drama worked, the tension worked, but then something really cheap or stupid happened. Shiver is almost good, it just needed a bit more care in the execution.

Added to the dated production values, is this old-style HK DVD from Universe Video, before they improved their releases. There are poorly-translated subtitles in mangled English, a non-anamorphic widescreen picture, and it's from a soft print that jumps at all the edits. 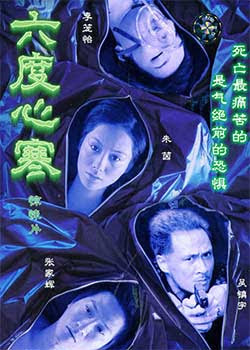 I'll keep looking for Hong Kong horrors that match the quality achieved by the Pang brothers. I also have high hopes for the live-action BLOOD THE LAST VAMPIRE, being made there at the moment.