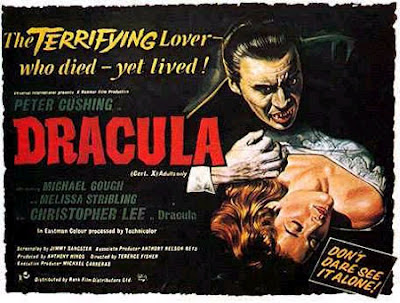 On the front of the November programme for BFI Southbank, (the new name for London's National Film Theatre), is Christopher Lee in the original Hammer Film of Dracula, known as Horror of Dracula in the US.
Almost 50 years old, the film has been carefully and completely restored in time for a special Halloween screening in the BFI IMAX cinema on October 31st. That's followed by a two-week run in NFT1 and NFT3. Both screens would be an ideal way to see one of the best British horror films ever made. 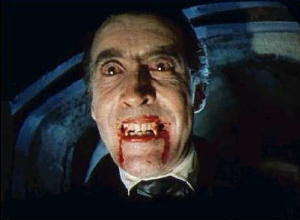 Peter Cushing redefined the role of Van Helsing, and Christopher Lee added an animalistic evil to Dracula, adding the ghastly bloody hiss when he's really angry. Beloved director Terence Fisher doesn't miss a beat with a tight, layered and compelling style of storytelling. Lush art direction, pounding music, and gory special effects make this a complete entertainment even today.
In 1958 (just imagine it) the effect was so strong that it launched the studio's international success. It's a marvellous choice for a thorough preservation. But will there be any more Hammer Films treated this royally?
Why not ask them yourself? Nigel Algar and Ben Thompson, the two men in charge of this restoration will be talking about the project at a free event in NFT3 on the afternoon of Friday 9th November. 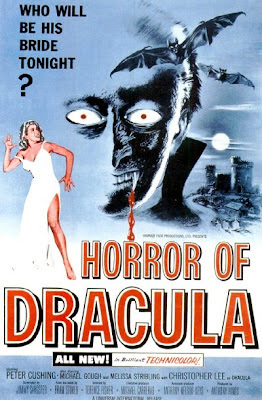