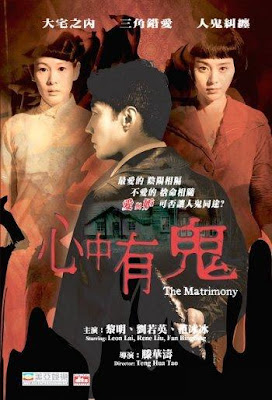 It’s a little late to bring out a ghost story this simple, but China hasn’t actually seen many. The government simply hasn’t allowed any supernatural storylines in movies, and this one has possibly only been made because of the period setting. Still, even for Hong Kong, serious ghost stories are rare – and this isn’t played for laughs. While it doesn’t provide any particularly new scares, it’s still a beautifully made film.

The Matrimony also has the kind of budget only lavished on films destined for international success. The huge period sets recreating Shanghai in the 1930's are convincingly done. The opening scenes, that set up the tragic love affair, are only marred by a very poor computer-generated road accident. The CGI effects throughout the rest of the story are used more subtly and effectively.

The opening titles, indeed the first half hour of the film, lays on spooky atmosphere and loud shock moments so thickly that it detracts from the flow of the story. Junchu (Leon Lai), loses his sweetheart in a car accident and is forced into an arranged marriage with Sansan (Rene Liu), a woman he simply doesn’t love. But will he change his mind if the ghost of his sweetheart, Manli (Fan Bingbing), possesses the body of his wife? 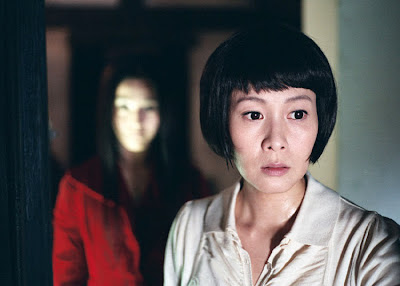 Basically, this is a love triangle, with strong performances from the three leads. There’s even a heavy nod to Hitchcock’s Rebecca (1940), as a spooky housekeeper prevents Sansan from entering a locked room in Junchu’s huge mansion.

It reminded me more of Stanley Kwan’s Rouge (1987), a similarly unrequited love story which preferred to tone down the supernatural element and played successfully as a drama. Again, the ghost was very beautiful (Anita Mui), but the setting was modern day, with flashbacks to the 1930’s. Rouge works so well because it treats the ghost as a character rather than a scary monster. 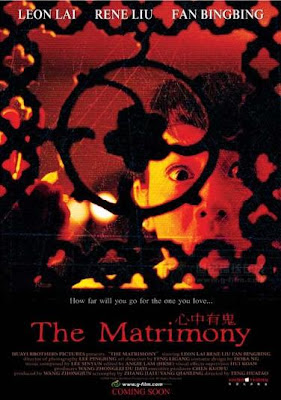 I will watch The Matrimony again in the future, for the lavishly recreated sets, the colourful cinematography, and the cast, but not for the scares. 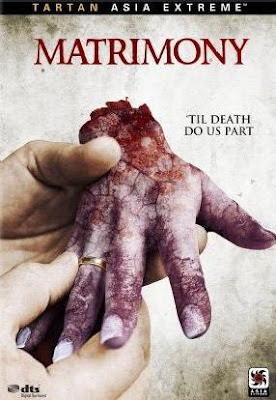 UPDATE - also out now on region 1 DVD in the US.