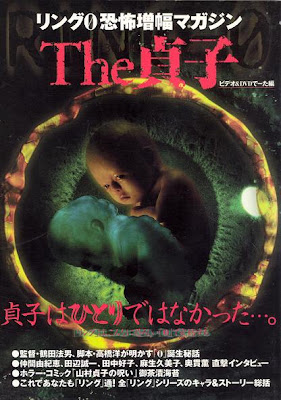 Just finished the fourth Koji Suzuki book in his Ring series and it reminded me to continue my look at the extended family of movie adaptions.

While the Japanese sequel Ring 2 had taken the story of Sadako further away from the events of the books, Ring 0: Birthday rewinds to the events before Ring, following the young Sadako's life in 1960's Tokyo when she joined a theatre company. But even when she's alive, in the traditional sense, Sadako is surrounded by creepy trouble. When a member of the cast dies suddenly, the other actors are slow to realise who she is and the strange powers that made her mother infamous. While Sadako aims for a career on the stage and maybe even a boyfriend, a reporter is closing in on her, wanting to stir up the past. 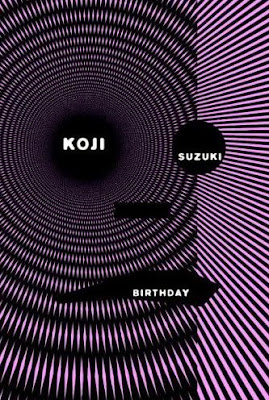 The script is largely based on the short story 'Lemon Heart' from Suzuki's anthology Birthday, but confusingly not on the story 'Happy Birthday', leaving the title almost disconnected from the plot. To spring some new surprises, there's an added twist in the script that upends everything revealed about Sadako so far, one to keep Ring enthusiasts' minds' whirring.

Set thirty years before Ring, it barely looks like the 1960s, with only the tape recording machines to date it. The movie itself looks old-fashioned, with many rather dated scares. Not until the climax does it feel like a Ring movie, made in this decade. 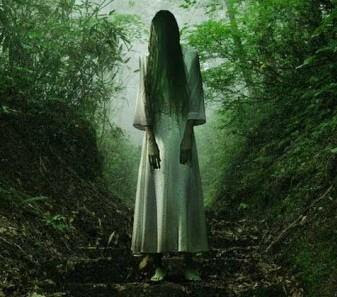 Director Norio Tsuruta is good at tense and slightly creepy (especially effective with the scarecrows of Kakashi), but takes a long while to get to the horror, which should have been easy for a Ring movie. Ring 0 is a fascinating backstory for Ring fans, especially as it portrays Sadako as such a sympathetic character, a dimension which made the first two films all the more tragic.

Yukie Nakama plays Sadako as a scared heroine, but fails to show any hints of the vengeful demon in her that will eventually surface. The object of her affection is a thankless drippy role, as is Shigemori the one-dimensional slimy director of the play. The interesting roles are all for women. Miyaji, the reporter looking for Sadako, and the eldest actress in the troupe who senses trouble before the rest.

Helpfully, all the supporting characters who've appeared in previous films, are all played by the original actors, to subtly help us in the flashbacks.

For a sequel, Ring 0 is good at standing on its own - you don't really need to have seen the other films. It remin ded me of the Twin Peaks prequel Fire Walk With Me, that recounted Laura Palmer's final days, an increasingly dark, occasionally scary, tragic drama. 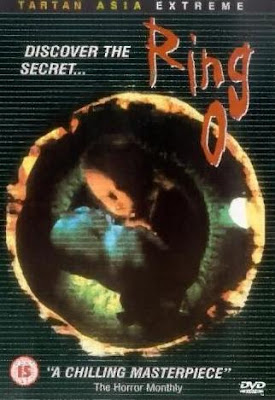 I snapped up the early DVD releases of the Ring trilogy in the UK, but they were pretty poor in terms of image quality. Birthday had a slightly defocused look, was poor for dark detail and even looked slightly squeezed. But all the films have since been remastered and new boxsets have been issued in the UK and US, made up of different collections of movies and extras. 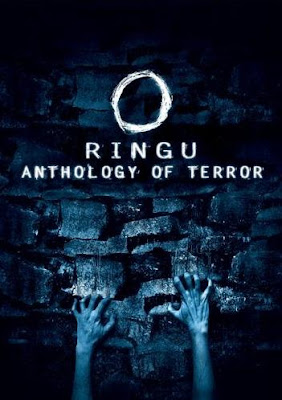 There's a fuller review of Ring 0, with plot spoilers, on the Ring Cycle fansite.

My own short overview of all things Ring is here.
Soon, I'll dive into the alternate Japanese movie sequel, Spiral.