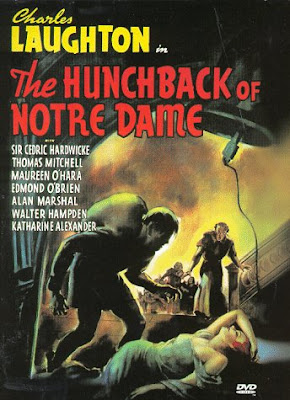 I recently watched three movie versions of The Hunchback of Notre Dame and completely revised my opinions of all of them. The Lon Chaney (1923), Charles Laughton (1939) and Disney musical (1996) versions were the three most lavish and serious attempts at visualising the story. But which stands as the best?

The novel by Victor Hugo (who also wrote Les Miserables and The Man Who Laughs) centres on the clash between the gypsy population and the citizens of 15th century Paris. Violent unrest threatens the peace of the city when a young gypsy girl is framed and takes sanctuary in Notre Dame cathedral, protected by the deformed deaf-mute bell-ringer. They're all unaware that they're being manipulated in a bid to ridding the city of travellers... 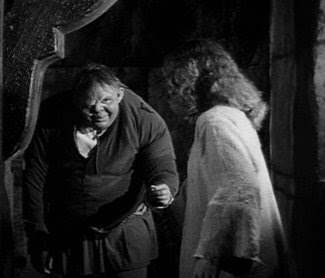 The Disney version, which I enjoyed first time around in the cinema, updated the story with the feisty gypsy girl matching the chief of the police in both strength and wit. There was also an unusually adult portrayal of a predatory religious hypocrite, for Disney anyway. But seeing it again, the heavy use of modern, anachronistic puns and sight gags, together with too much unfunny slapstick, spoiled it for me considerably. Perhaps I wasn't in the mood for a musical (rarely am). I don't think it's aged as well as many other recent Disney features.

Next I watched the version I'd assumed would be the best, with Lon Chaney in the silent movie epic. The versatile actor has had a considerable amount written about him in recent years, particularly three exhaustive and impressive books by Michael Blake. Chaney's films are amongst the most watchable and available silent movies on home video, certainly of interest for fans of early horror and the macabre. I really enjoy Lon Chaney's Phantom of the Opera (1925) the most of all the Phantoms. It's a must-see silent movie and horror film.

So I expected Chaney's previous portrayal of the Hunchback, Quasimodo, would be similarly impressive, but I found the film to be slow and too talky. Quite a feat for a silent movie. Chaney's portrayal of Quasimodo was also hard to take seriously because of the make-up. His mop of Scarecrow hair and unreal facial disfigurements were part of his most elaborate and extensive make-up, but not his most successful. Of course, it's impressive that he designed and applied the look of his spectacular characters. But I'd say that the 1939 version easily outshines his work here. 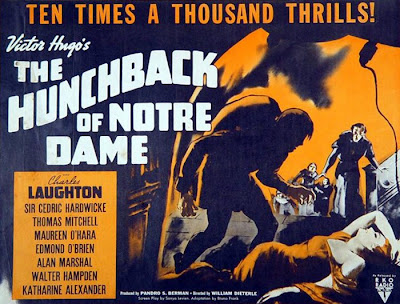 The Charles Laughton version, directed by Wiliam Dieterle, is a masterpiece. Even worth highlighting for your attention here. A movie that looks like it actually might have had a cast of thousands. The plot still holds surprises, including some a sublimated sexual undercurrent, as Esmeralda gets caught in a love quadrangle (she's that popular!). There's a superb cast, particularly the treacherous Frollo, exceptionally played by Cedric Hardwicke (The Ghost of Frankenstein, Rope). 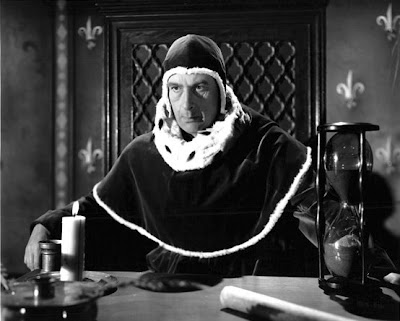 Full honours have to go to the astounding performance by Charles Laughton (Night of the Hunter, The Old Dark House), in a flawless make-up. Laughton plays Quasimodo deaf and dumb, struggling to communicate with everyone around him. Impressively he still acts up a storm without the power of clear speech and under a ton of make-up. The actor is almost completely unrecognisable, in a role reminiscent of John Hurt as Joseph Merrick in David Lynch's The Elephant Man (1980). 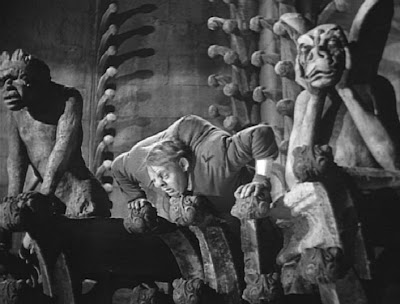 There's a misleading early scene with him acting like a typical Frankenstein sidekick, lurking in the shadows, chasing a helpless girl while doing his master's bidding. It's fun but feels out of character. A bigger minus for modern audiences could be the overly theatrical turn by a young Edmund O' Brien (Fantastic Voyage), who is overacting to the heavens, because he's playing a smitten theatrical type. 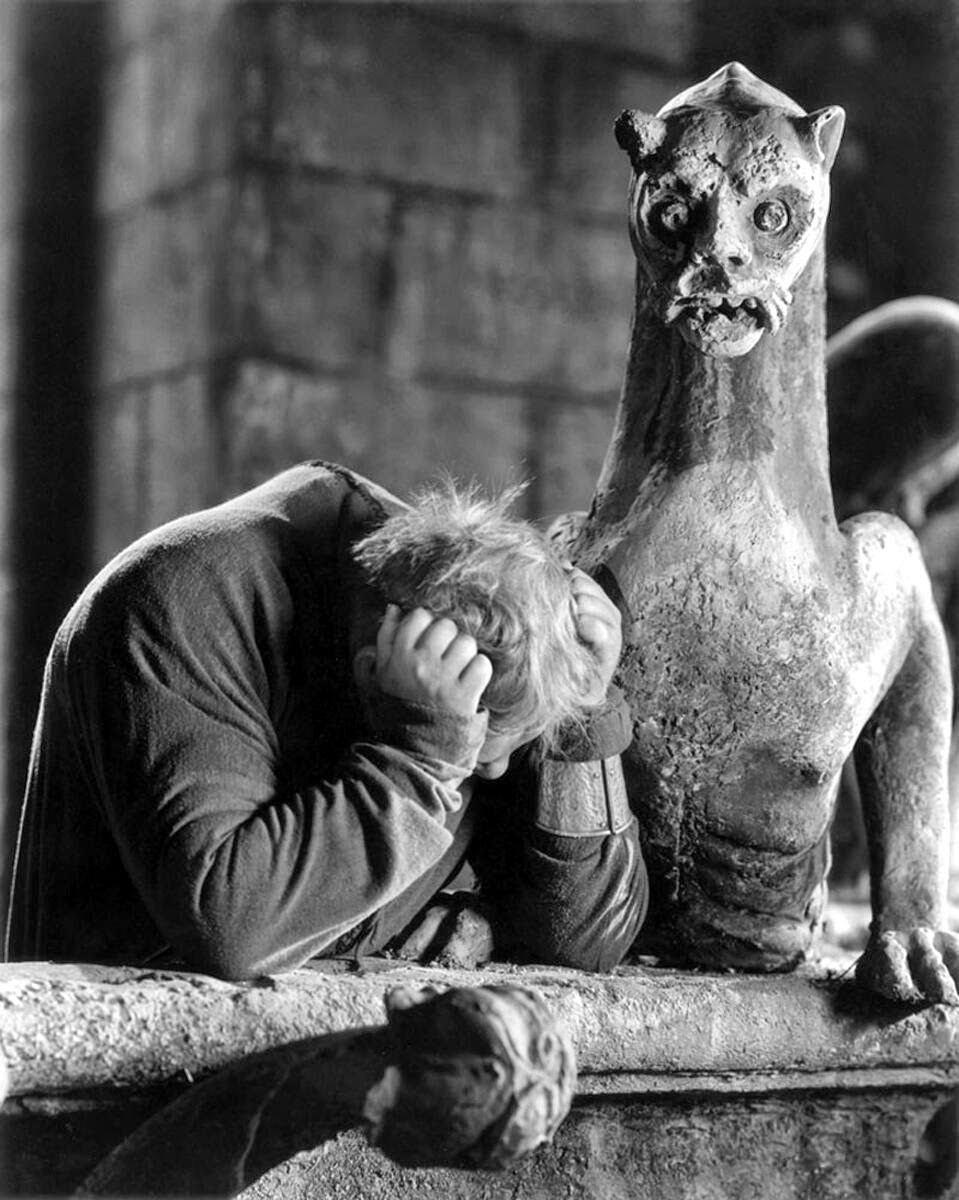 Hopefully the drawbacks are be outweighed by the spectacularly huge sets, beautiful black-and-white cinematography, gigantic crowds and action scenes, and a top-rate cast milking the intense drama that feels decades ahead of its time.

It was an RKO picture, so I shouldn't have been surprised that the late Robert Wise edited it, shortly before he also did Citizen Kane for the same studio.


Finally here's the trailer for the 1939 The Hunchback of Notre Dame on YouTube.