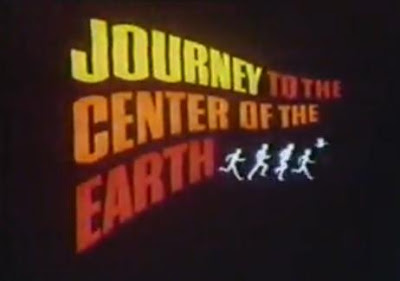 In the sixties, a TV series that had me hooked was this Filmation cartoon. One image, that haunted me ever since, was the intrepid bunch surrounded by eerie giant moving slabs of stone. How were they going to get out of that one? Being really young, I was genuinely concerned that they would one day escape the bowels of the earth and return to the surface. According to this Wikipedia entry, I finally learnt that they never did!

Journey to the Center of the Earth (1967) is another series that I've wanted to revisit out of nostalgia, that hasn't been released on VHS or DVD. Unsurprisingly, I guess, I'm finding more and more rare items are easier to find on YouTube, Google Video, VEOH etc. Only a few moments after remembering something I've not seen in decades, I can watch it online.

Now that my memory has been refreshed, I was surprised that the cartoon series of 17 episodes was a follow-on from the colourful, epic movie from 1959. The linking character being Gertrude the Duck! I'd like to know how she survived the film. She's trapped under the earth along with Professor Lindenbrook, two kids and a guide who are being chased by an evil-doer and his sidekick. They meet a lot of giant monsters and a multitude of subterranean civilisations, mostly hostile!

With exciting cliffhangers before each ad break, this is still fun, if you can get used to Filmation's 'limited animation' techniques. These similar the cost-saving devices used in anime, but at the time, it looked like a step backward from the dynamic action of Looney Tunes, Tom and Jerry and of course Disney. But a weekly half-hour of TV animation had a far lower budget.

Here's a few more Filmation productions that I remember playing on TV here in the UK. Fantastic Voyage (1968) extended the 1966 movie into regular missions of the Combined Miniature Defence Force. The traitor among them has been wisely weeded out and replaced with a Spock-like Indian psychic. The memorably catchy soundtrack is the main reason I'd like to see these again. Here's the zingy theme tune on YouTube with the incredibly shouty voiceover...

The animated Star Trek (1973) series even made peak-time Saturday night on the BBC, as an alternative to the endless re-runs of the classic live-action show. Having most of the original cast doing the voices really helped. This site about animated Star Trek includes a guide to the other Filmation shows on DVD. 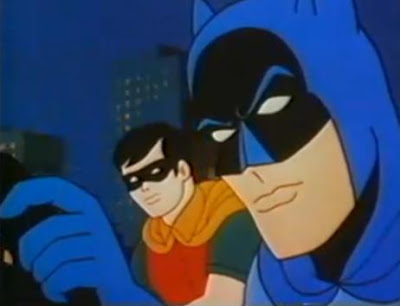 Filmation also made two animated Batman series in 1968 and 1977. The 1968 version is much more watchable, despite not having Adam West's voice. Mainly because the annoying Bat-Mite (Batman's very own Scrappy Doo) was added to the 1977 series. Annoyingly, this is the series available on DVD. The earlier show is immediately notable for it's epilepsy-unfriendly title sequence that uses the same flashing colours that triggered the infamous Pokemon mass-fainting phenomenon in Japan. Dozens of these short 1968 episodes (segments of The Batman/Superman Hour) are on YouTube. Love the Bat-ejector seats in the Batmobile! 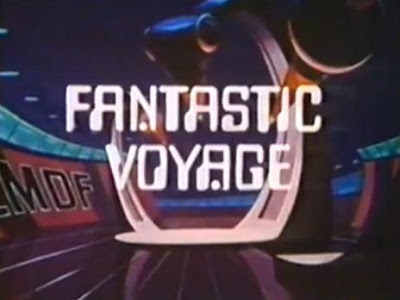 I'd recommend the wonderful Saturday Morning Blog - a treasure trove of cartoon episodes from this era, that are viewable online.

If you want to know more, Wikipedia has a long, thorough entry on the short, prolific life of Filmation productions.