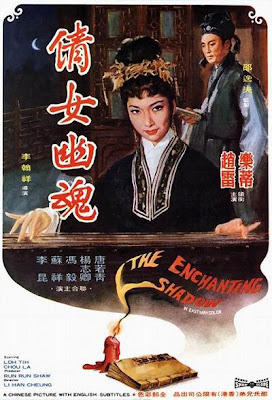 Based on the same source as A Chinese Ghost Story (Strange Tales from a Chinese Studio by Pu Songling, written in the 17th century) it has the same basic structure of a rent collector who can't find a place to stay in a small town, resorting to staying in a deserted temple that the locals say is haunted. 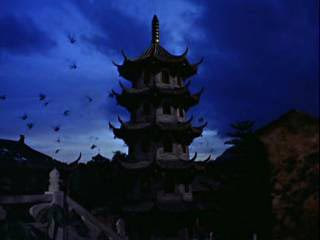 Exploring the grounds, he meets an attractive young woman in the splendid back garden, where she lives with her aunts and grandma. While she is initially annoyed at his nosiness, she starts to fall for the handsome young man. But courting has many strict rules and when she gets too amorous, he's in danger of getting into deep trouble with her family. Worse than that, there's a horrible murder at the temple, and a body has been drained of blood...

Shot completely in a studio, this early example of colour film from Hong Kong rivals its remake. It's a far more sedate version, but is as typical of the early 1960s as A Chinese Ghost Story is of the late 1980s. The characters, the lush sets and costumes, and especially the story are it's strength. There's almost no fighting and a restrained use of special effects, just enough to serve the story, but with enough shock value. 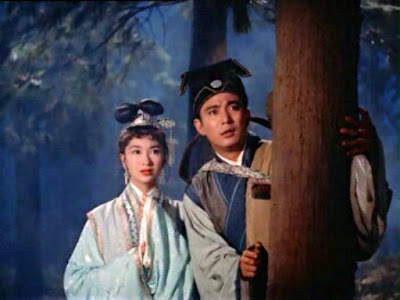 But if it's a more serious ghost story you want, I'd certainly recommend Enchanting Shadow. It has a relatively slow start, but I was impressed at how gripping it became. It appears to have been influenced by Hammer Horror, that made an international impression at the end of the 1950s, enough to film in Eastman colour and use startling blood and make-up effects. 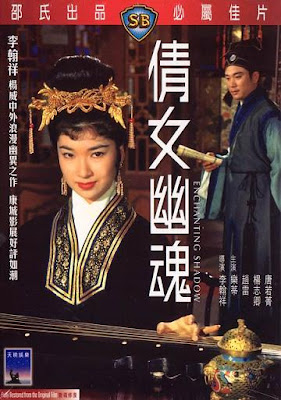 There's a short documentary about the director Li Hanxiang included on the DVD (pictured at top), thankfully with English subtitles. As well as a trailer, which is so scratchy and faded, it's a reminder of how miraculous the restoration has been of this fifty-year old movie. The packaging states the film is 2.35 widescreen, but after watching it, that must be a typo. It's presented 4:3, which looks correct.

There's another favourable review of Enchanting Shadow here on Illuminated Lantern, and the DVD is available at HK Flix here. 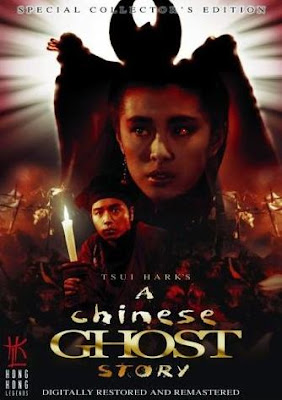 Meanwhile, there are now remastered editions of all three Chinese Ghost Story films, like this Hong Kong DVD boxset available at YesAsia. Tsui Hark also remade the first film as an animation, and 24framespersecond has news that a live-action remake is now in the works.