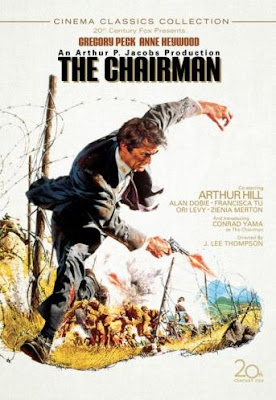 THE CHAIRMAN
a.k.a. THE MOST DANGEROUS MAN IN THE WORLD
(1969, USA)
First saw this when it was first released in England, under the title The Most Dangerous Man In The World. As a pre-teen, I wasn't interested in talky spy-thrillers, but the countdown clock climax and Jerry Goldsmith's soundtrack made an impression. I thought that the film had disappeared, only recently aware of the original US title change. 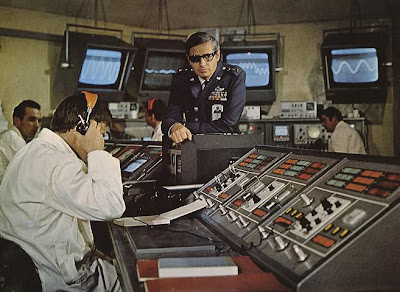 Gregory Peck (Moby Dick, Arabesque, The Omen) plays Hathaway, a scientist sent to China on a secret mission. He's to get hold of a formula that could allow the growth of food in inhospitable climates. As an expert in the field, and able to read Chinese, he travels there under the pretence of seeing a former colleague (Keye Luke).

As he says goodbye to his girlfriend (Anne Heywood), there's a sense that he won't be coming back. He has a one-way radio transmitter implanted in his skull to send any information back undetected, not realising that military intelligence have packed the device with explosive, in case they need to prevent him from talking.

Travelling through Hong Kong then China, to his friend's laboratory, Chairman Mao himself asks to meet him, and suddenly America has the opportunity to eliminate the communist leader with the oblivious walking bomb... 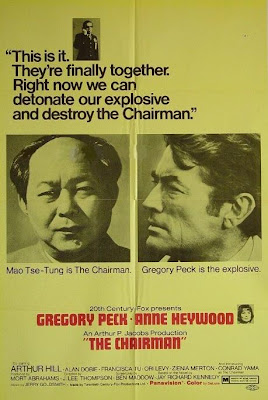 This is an intelligent, if gimmicky, spy thriller, with the suspense ramped up by frantic cross-cutting between Peck and his eavesdroppers, with their collective finger on the button.

Seeing it in 2.35 widescreen for the first time in 40 years, it still has much to offer. With China once again at the forefront of the world's economic stage, and the current threat of an insular Communist leader in North Korea, this story could almost play unchanged today. 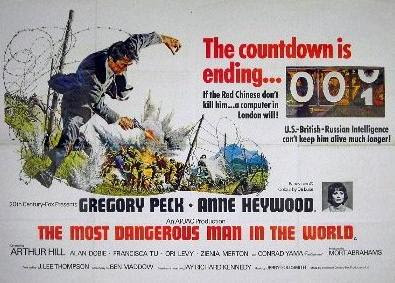 I was impressed by the extent of the location filming. While the interiors and a huge compound were built at Pinewood Studios in London, there are some great scenes in 1960s' Hong Kong. I couldn't say for sure whether anything was actually shot in China. It would have been rare to film there at the time, though I've heard actress Zienia Merton talking about when she visited with Gregory Peck, and had to leave in a hurry when the Chinese heard about script being about assassinating their beloved leader!

The scenes of the huge temple and paddy fields could easily have been shot around Hong Kong. While the climax was apparently shot in the Welsh mountains of Snowdonia. 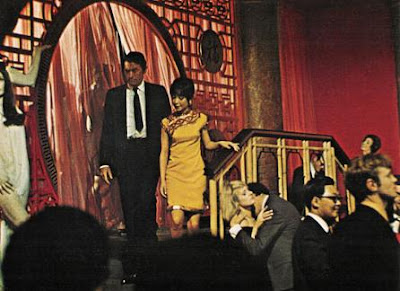 I always thought of this as shot in the US, but recognising many British actors throughout. Burt Kwouk, Mai Ling, Zienia Merton (a regular on Space 1999) plus Oli Levy (the same year he was in Moon Zero Two) again playing a Russian. The only American actors that needed to be ferried over are Gregory Peck, Keye Luke and Arthur Hiller (The Andromeda Strain, Futureworld). Director J. Lee Thompson (Happy Birthday To Me, Conquest of the Planet of the Apes) wrings as much excitement out of the story as possible.

Even now, I'm unsure if The Most Dangerous Man In The World is supposed to refer to Gregory Peck's character, or Mao Tse Tung... 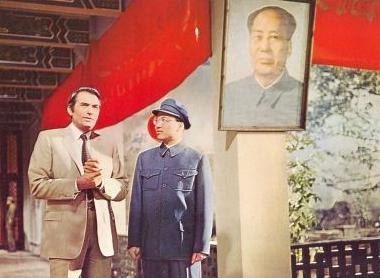 The DVD (artwork at top) is presented 2.35 anamorphic widescreen. There is a commentary track, two alternate scenes with extra nudity, some trailers and a 'mini-movie' of alternate takes. The trailer and the nude scenes are the most interesting items.

Talking of nude scenes, actress Zienia Merton is still in the acting game, and has recently written her autobiography, available from her website.

The title sequence is on YouTube, a powerful photo-montage of communist China as was...