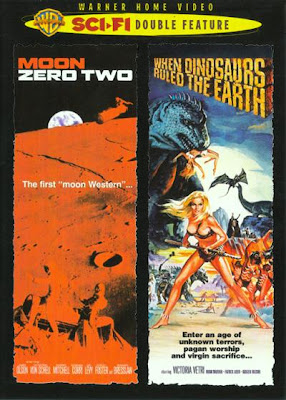 MOON ZERO TWO
(1969, UK)
2001 – A Space Odyssey (1968), Stanley Kubrick’s cinematic vision of near-future space travel, and the excitement of the Apollo Moon landings in 1969, inspired film-makers to cash in.

In the same year, compared to the deadly slow Marooned directed by Robert Altman, and Journey to the Far Side of the Sun produced by Gerry Anderson, Hammer Films’ tongue-in-cheek space adventure was a breath of fresh air. Moon Zero Two looked forward to lunar colonisation, envisaging it as the next frontier. 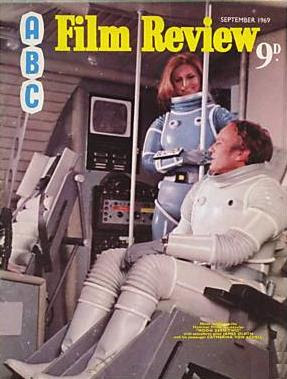 In 2021, there are small cities on the Moon, regular shuttles from Earth, and a race to claim all the mineral riches. The crew of spaceship Moon Zero Two earn their money by salvaging space junk but are also the only independent space vehicle for hire.

Captain Kemp (James Olsen) is approached by shady millionaire J.J. Hubbard (Warren Mitchell) to illegally crash an asteroid on the far side of the Moon. Clementine Taplin (Catherine Schell) also hires him to look for her brother, who has a claim on the far side. Kemp is having a busy few days, and he also has to dodge the attention of the Moon Sheriff who happens to be his girlfriend! 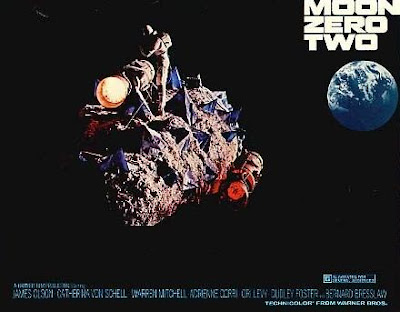 Using American westerns as inspiration, the story weaves in gunfights, claim-jumping, and a bar-room brawl, while accurately predicting life fifty years on. Plastic money, laptop computers, sub-surface ice, and solar energy are now a reality. Made during the Cold War, the film looks forward to Americans and Russians being friends again, pointedly making the crew of Moon Zero Two a citizen of each. It all looks like the sixties, but only the designs date the film, not the story. Spookily, even the date rings true, as NASA are gearing up for more Moonshots by 2020.

The baddies here are money-grabbers and monolithic corporations, and the race for space is now purely economic. Exploration will only happen if it’s for economic gain.

There’s a cheeky reference to 2001, when the Pan Am lunar express tries to jump the cue for re-entry. But like 2001, it encourages a modicum of realism regarding the temperature, pressure, and air supplies needed for human survival. Though for budgetary reasons, there’s an artificial gravity switch inside the buildings, no more of a cheat than in Star Trek.

The impressive sets are huge for a Hammer Film, though the visual FX aren’t so consistent. The spaceship isn’t bad, the wirework space walks and slow-motion low gravity work OK. The most obvious effect is the moon bug tractor – the model looks like a toy, which is a shame as it cross-cuts with an impressive full-scale version. Of course, they didn’t have the budget that Kubrick had. 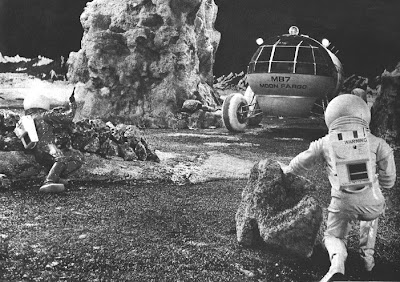 I’ve always found the film very watchable, with likeable characters and a fast-moving story. All helped enormously by the echoey jazzy score by Don Ellis, in a completely different style to the pounding Julie Driscoll theme tune (the only track that’s out on CD). 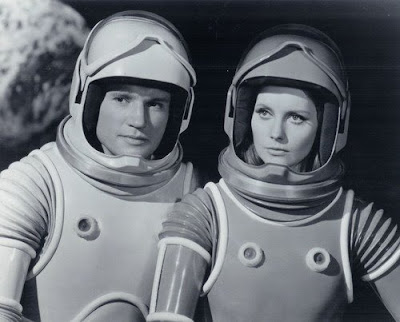 James Olsen is the confident hero, Kemp, and token American actor in the cast – he was about to land his biggest screen role, starring in Robert Wise’s The Andromeda Strain (1971). Catherine Schell was also a Bond girl in 1969, but is best remembered as space alien Maya in Space 1999. Carry On regular Bernard Bresslaw, as Hubbard’s brute henchman, was trying hard to get serious roles, but still can’t resist pulling a few comedy faces. Another famous comedian, Warren Mitchell as Hubbard, is far more convincing in villainy.

Adrienne Corri gets a strong role to match her screen presence as Moon Federation Sheriff. She was in many cult films in the seventies, like Madhouse with Vincent Price, Vampire Circus as the ring-master, and A Clockwork Orange, as the main victim of Malcolm McDowell’s Droogs. But this was the only time she had holsters built into thigh-length plastic boots. 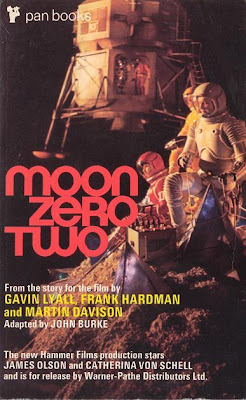 Looking at some of the lacklustre poster art for the film, it’s easier to understand why the film wasn’t a success at the time, and why Hammer never ventured into space again. But I’m not the only fan – here’s a website full of photos, modelwork and missing scenes.

Missing from home video for decades, Moon Zero Two has finally been released on DVD in the US as a Best Buy exclusive by Warner Bros. Subtly listed as Sci-Fi 70's Double Feature #1, with the similarly rare When Dinosaurs Ruled the Earth (there's a fantastic appreciation of that film here on SciFi Japan). Both are remastered 16:9 anamorphic, which frames the action quite tightly, but after a wait like that, I’m glad they're available again and finally off my Not On DVD list.

UPDATE: 22nd September
This DVD is now more widely available than just Best Buy stores, and can be ordered online like here from Diabolik.
Posted by Mark Hodgson at 9:26 am