LAST HOUSE ON THE LEFT vs THE VIRGIN SPRING 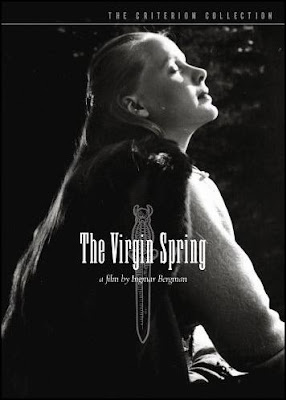 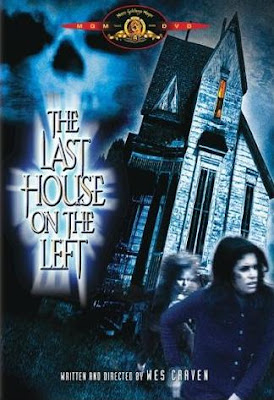 LAST HOUSE ON THE LEFT

Wes Craven (Nightmare on Elm Street, Scream) and Sean Cunningham (Friday the 13th) made their names in horror by remaking an Ingmar Bergman arthouse classic. While steeling myself to rewatch Craven’s directorial debut, the notoriously nasty Last House on the Left (which Cunningham produced), I watched the Bergman film that inspired it.

I'd only attempted Bergman's Hour of the Wolf many years ago, and recently tried to slog through The Seventh Seal (famously referenced in Bill and Ted’s Bogus Journey). I knew Woody Allen often took inspiration from and even lampooned his films, specifically in Love and Death where he borrowed camera angles and the character of death in his spoof of Tolstoy’s War and Peace! 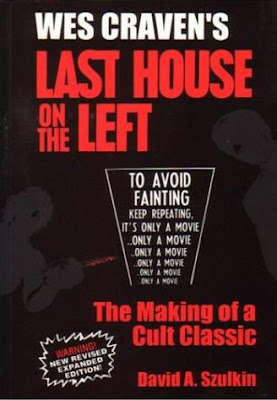 I wanted to see how strong the link was between the two films. As David A Szulkin’s thorough book observes, Last House on the Left starts by stating it is a true story, even though it’s not. It’s based on The Virgin Spring, which in turn is based on a medieval Swedish folk tale. It’s also black and white, set in medieval Sweden and all in Swedish. But this shouldn’t intimidate even the average horror movie fan because it’s still mystical, powerful stuff. Starring Max Von Sydow, the Exorcist himself, years before he appeared in American films, and 20 years before he became Emperor Ming! 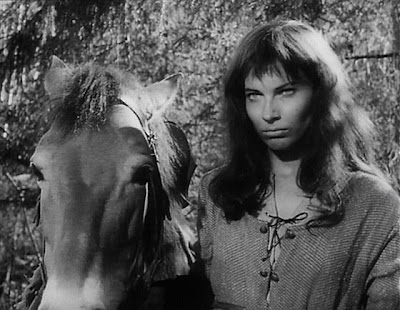 Von Sydow plays the owner/protector of a farm that’s doing well despite a widespread famine. His daughter and step-daughter are sent on a horse ride to their nearest church. But on the way, Karin loses her step-sister and is viciously attacked by a gang of brothers. The twist of fate in both Virgin Spring and Last House, is that the attackers then accidentally visit the victim’s home. If her family find out what they’ve done, they’ll want revenge…

This is all surprisingly fast-moving and story-driven. While there are many opportunities for the characters to discuss whether a Christian God (as opposed to the Norse gods) would allow random acts of violence to befall their family, the message of the film does not push any easy conclusions. Instead it’s stubbornly faithful to the plot of the original fable, regardless of logic or character motivation. 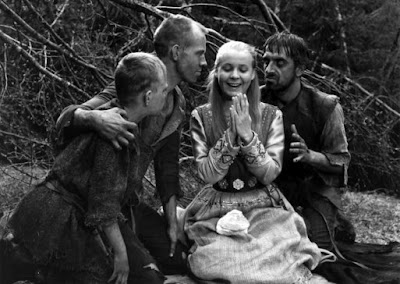 Von Sydow is excellent, but the two daughters - Birgitta Pettersson as virginal Karin and Gunnel Lindblom as bad girl Ingiri - dominate the film. Though neither of them is two-dimensional as good girl and bad girl. Karin is delusionally living a fairy-tale story in her mind. She’s vain and spoilt, and conscious of being everyone’s favourite. She wants to stay pure till her marriage, in a complete contrast to Ingiri who’s single but already pregnant, as well as hateful, scheming and spiteful. 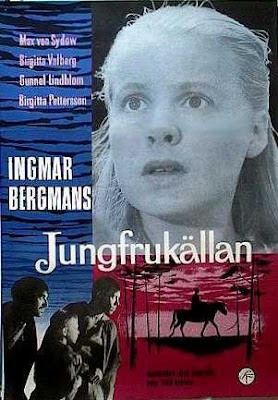 Of course, this is a far better crafted and acted film than Last House, though less obviously accessible. It’s even been described as a Bergman horror film, which it undoubtedly is. After seeing it, I’m ready to see many more of his films. 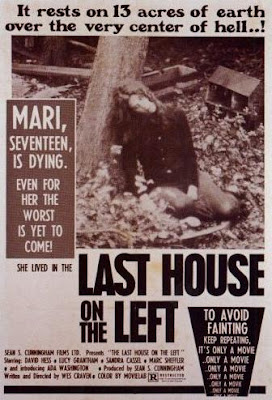 Watching Last House on the Left again was less rewarding, even though it’s an important horror film, a cornerstone of the first wave of ‘torture porn’ that remained banned for many years for its prolonged and sadistic rape scene. Today, besides still being pretty nasty, it's not easy to watch due to the limitations of the zero budget and the lousy music. Wes Craven himself admits that he was learning how to direct as he went along. The grainy 16mm gives a cheap look look to the interior scenes. The numerous technical mistakes, like poor focusing, odd edits, bad looping etc… repeatedly distract.

The klutzy script adds insult to multiple injury – trying to leaven groundbreaking hardcore violence with slapstick comedy. To intercut between sadistic violence, torture, rape and comedy relief makes it even more distasteful. Admittedly, this was only supposed to be a supporting feature for two or three local cinemas (hence the micro budget), plus an attempt at something as taboo-breaking as possible.

The handheld, documentary look and the realistic staging of the violent and threatening scenes give the film its power, breaking boundaries of sexual violence that have rarely been matched. Even though it followed the release of A Clockwork Orange and Straw Dogs.

It’s a useful film to reference, especially for fans of Cunningham and Craven, but otherwise it's hard to watch. If you want a vintage Wes Craven film, check out The Hills Have Eyes first.

Last House on the Left is available in the US and UK on DVD in a director-approved version, with thorough documentaries focusing on the arduous low-budget shoot. It's in widescreen 16:9, even though it was shot 16mm. The Virgin Spring is also widely available, and honoured with a Criterion DVD release in the US. It's black and white, 4:3 fullscreen, as originally shot.