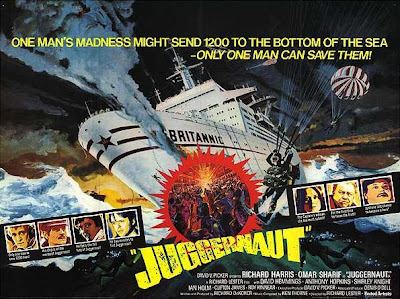 JUGGERNAUT
(1974, UK)
As the American disaster movie genre gained momentum in the seventies, this British film depicted a grittier, more realistic and suspenseful alternative. Before the list of possible disasters soon ran out, Juggernaut was an early example of a plot that sidestepped natural disasters in favour of man-made terrors - there'd soon be endangered aircraft (Airport '75), subway trains (The Taking of Pelham One Two Three), packed sports stadiums (Two Minute Warning and Black Sunday) and funfairs (Rollercoaster).

Juggernaut, with an entire ocean liner held hostage, matched Hollywood for tension and accurately portrayed the stressfulness of the hostage situation. There’s a taut parallel race against time as the police desperately try to track down the identity of the bomber, while disposal experts tackle the seven booby-trapped drums of explosives - if any three explode, the ship will sink. The blackmailer calls himself ’Juggernaut’ and detonates warning blasts to prove that he’s not bluffing. Either pay up, or lose the ship and all onboard… 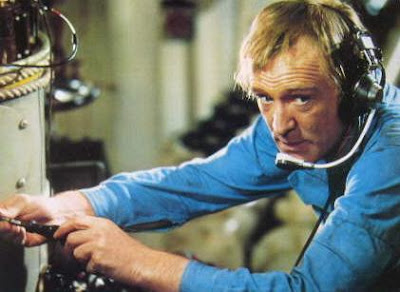 There's a scene in the film that's famous, but you probably don’t realise it was shown here first. Where the crucial decision has to be made – to cut the blue wire or the red wire. 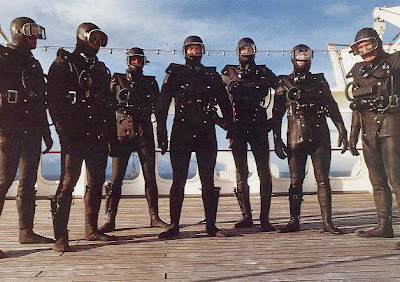 Another gripping sequence is the bomb squad’s parachute jump to get to the liner. Rough seas prevent the passengers from abandoning ship, they also make getting onboard a lethal and hazardous task. 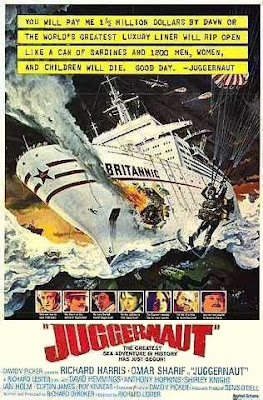 Using the disaster movie ploy of having an ensemble cast spread across the poster, it stars Richard Harris and David Hemmings, who engagingly represent the best of the bomb squad. Omar Sharif is the increasingly desperate captain. A young Anthony Hopkins is in charge of the frantic police investigation on land, even though his wife and kids are onboard.

From the US, are actors Shirley Knight (recently seen in Desperate Housewives as Bree’s Mother-In-Law) as a freewheeling ‘guest’ at the captain’s table, and Clifton James (a more deserved and reserved character than the comedy redneck Sheriff Culpepper he’s famous for in Live and Let Die). The supporting cast include the formidable Ian Holm (Alien, Brazil), Freddie Jones (The Elephant Man, Dune), and John Stride (The Omen, Brannigan).

Director Richard Lester, in between the brilliant Three and Four Musketeers films and Superman II, adds to the wry sense of gallows humour among the doomed passengers, in particular the attempts of the entertainment officer (the fantastic Roy Kinnear) to lift their spirits. Once again, Lester adds snippets of dialogue to almost every character onscreen, no matter how incidental. 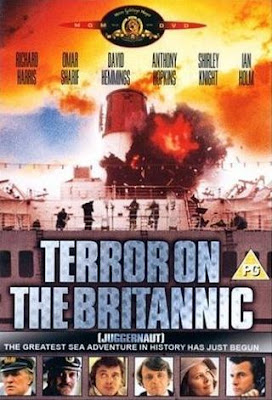 Not sure why this DVD has been renamed with such a TV movie title as Terror on the Britannic. Even in the UK, the DVD doesn’t go under its original cinema release title, (even though Juggernaut thankfully remains the onscreen title). This kind of retitling is a good way to lose sales.

Even so, this remains just as taut and exciting as it was in the cinema, and is a welcome remastering in 16:9 widescreen.