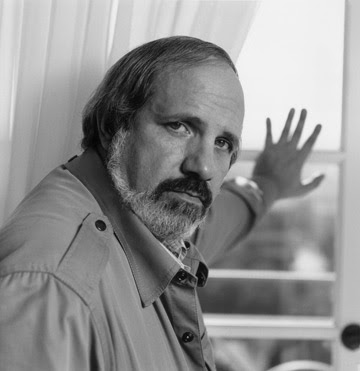 
It feels like movie blasphemy when I say that my admiration for Brian De Palma ended, and not began, with Scarface. It’s a cult film now, but at the time of release it meant to me that the director was no longer making superb horror films.


Scarface (1983) wasn’t as violent as some of his previous films and felt mainstream. Guys, guns, gals. I was disappointed. But in the ten years before that, I’d enjoyed seven of his films in a row. One of the original 'movie brats', alongside Spielberg and Lucas, 1970s De Palma films were a safe bet for a thrilling ride.


After some early, experimental films made in New York in the late sixties, discovering Robert De Niro in the process (Greetings and Hi Mom!), his first mainstream movie was a bizarre false start, a comedy co-starring Orson Welles, Get To Know Your Rabbit (1972). But De Palma caught critics' eyes and the attention of horror magazines with the shocker Sisters.His subsequent films also freely 'referenced' the work of Alfred Hitchcock plundering shots, sub-plots and musical phrases. But Phantom of the Paradise and Carrie felt new, creative and twists in the genre, with amazing camerawork and some purely visual storytelling. Obsession was inspired by Vertigo. The Fury was a tour-de-force extension of the telekinetic theme of Carrie. Dressed to Kill was a stylish but ultraviolent variant of Psycho, Blow Out a mixture of The Conversation and Blow Up. Then he made Scarface - Brian De Palma had left the genre.


But let's look on the bright side, um, the dark side, at these early thrillers: 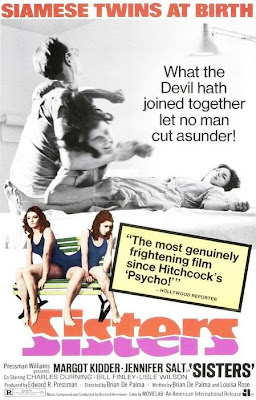 Sisters (1973) was De Palma's first 'Hitchcock', starting off like a short parody of Psycho. Margot Kidder (before she starred in Black Christmas or Superman) plays a troubled young woman who can get very nasty, very quickly. There’s a bloody knife murder that can still make the guys wince, and an early taste of De Palma's trademark split-screen scenes, simultaneously showing key action from different viewpoints. While the story gets weirder and weirder, Kidder playing a good twin and a psychotic one, there's also more humour than in his later thrillers. It's also good to see Jennifer Salt outside the manic household of TVs long-running Soap. The excellent Charles Durning and William Finlay would shortly return to other De Palma films. One of Hitchcock's most famous collaborators, composer Bernard Herrmann (Psycho, The Day The Earth Stood Still, Vertigo, North By Northwest), went way, way over the top with theramin-fuelled madness for the soundtrack. 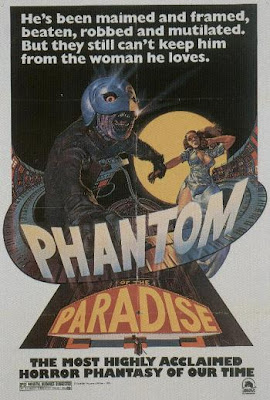 At the time, I was hungry for horror and knew that Phantom of the Paradise was a new version of Phantom of the Opera, but revamped as a glam-rock musical! This was before the dire Andrew Lloyd Webber stage musical that started a couple of years later. The film mixes a host of gothic horror film references with a fine set of songs by Paul Williams (Bugsy Malone). This is still highly thought of and has even been commemorated with reunion concerts in the US. It did well in the UK, primarily on double-bills with The Rocky Horror Picture Show (1975), the only film with which it could possibly be compatible. There's an extensive look at Phantom of the Paradise here. 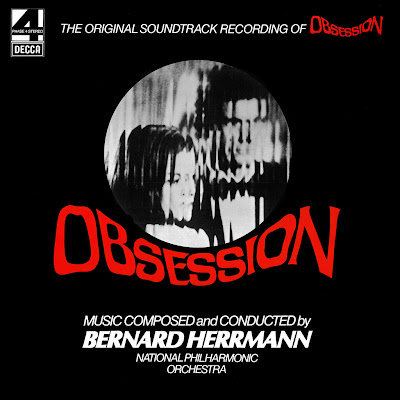 I missed Obsession (1976) because it was hardly circulated in cinemas. I caught it five years later in a BFI retrospective release. A close riff on Vertigo, featuring a lush score from Herrmann (practically his last), it's a beautifully made mystery with a standout kidnap sequence. It's the first time De Palma used John Lithgow - Cliff Robertson and Genevieve Bujold are also perfectly cast. 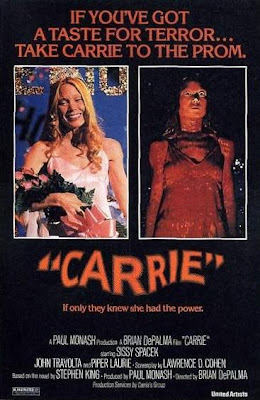 It was Carrie (1976) that launched both De Palma and Stephen King as household names in horror. One of my top ten horror films, it was one of the best movie experiences I've ever had, when a packed Saturday-night crowd were literally scared out of their seats. I’ve never heard so much screaming where a rollercoaster wasn’t involved. For the final shock, the whole building shook as everyone jumped! A grisly, chilling tale focussed on a teenage girl’s rite of passage at an all too recognisable high school, where bullying backfires big time. The director's trademark split-screen technique, roaming camerawork, use of slow-motion and storytelling without dialogue makes for an unforgettable horror film, made even more memorable for the high school setting that so many other slashers would soon use! 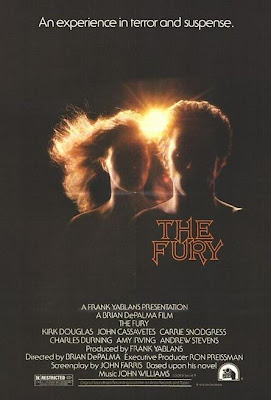 De Palma stayed in the world of deadly telekinesis with The Fury (1978) – a comparatively overlooked film which predated the very similar Firestarter and Scanners. It doesn’t have the humour of Carrie, but otherwise feels like a sequel, packed with bloody 'set-pieces', a tremendous and rare horror score from John Williams, and spectacular body horror effects from Dick Smith (The Godfather, The Exorcist). A fuller look at The Fury here. 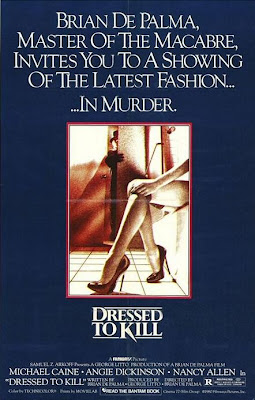 Dressed to Kill (1980) was technically impressive, with more split-screen and long scenes with no dialogue, but caused a critical backlash against the director. At a time when feminism was successfully targeting slasher films, women's groups and critics focused on this big Hollywood thriller, where a killer sexually targets half-naked women with savage razor attacks. Expanding the use of nudity that barely caused comment in Carrie (despite opening with a shower scene in a schoolgirl's changing room), this riff on Psycho was preoccupied with women's sexual fantasies from a very male perspective. Several scenes were severely cut for TV and video releases for many years. It stars Angie Dickinson (Police Woman), Nancy Allen (by now, married to De Palma), Michael Caine (Jaws: The Revenge) and Keith Gordon (Christine). 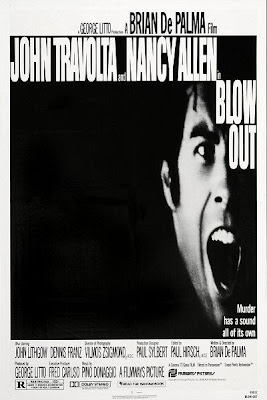 He returned to suspense for Blow Out (1981) starring John Travolta in an early non-singing, non-dancing role (he'd also had a bit-part in Carrie). It's an enjoyable but under-rated thriller, where a guy collecting sounds for a low-budget horror film gets involved with the cover-up of a political assassination. Again with John Lithgow as the baddie – I didn’t think the actor would ever play good guys again, he was so good at nasty. Nancy Allen again played a prostitute - her later role in Robocop was a much needed change of image. Once again, De Palma uses Dennis Franz (Hill Street Blues) as an overweight cop. It's a favourite film of Tarantino, no doubt influencing his casting in Pulp Fiction.

In all, an impressive run to keep us horror hounds happy. But he'd peaked. Off he went to high-profile projects with the stars: Scarface (1983) with Al Pacino, Oscar success with Kevin Costner and Sean Connery in The Untouchables (1987), even a Vietnam movie trailing the pack with Casualties of War (1989). He took a critical and financial battering with the unfunny The Bonfire of the Vanities (1990) and lost his flare for horror, with Body Double (1984), Raising Cain (1992) and Femme Fatale (2002). I watched Snake Eyes (1998) and Mission Impossible (1996) hoping for a glimpse of his early genius and was bitterly disappointed.
After rewatching his seventies thrillers I'd love to talk about them at length - they're all great films to see in a cinema...