THE BAADER MEINHOF COMPLEX (2008) - an impressive catalogue of chaos 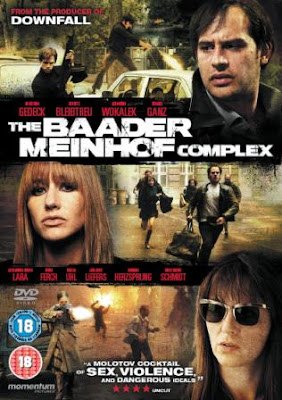 THE BAADER MEINHOF COMPLEX
(2008, Germany, Der Baader Meinhof Komplex)
From the producer of Downfall, is this shocking recreation of ten years of terrorist activity in West Germany, between 1968 and 1978.

This was such a controversial subject that I mistakenly thought it was going to be a small-scale, low-budget affair. I didn't realise that, riding on the success of Downfall, producer Bernd Eichinger had teamed up with life-long friend, director Uli Edel, to make an impressive re-staging of real-life events, using many of the original locations.

The film is a powerful and astonishing reminder of the time, when popular ideals of left-wing politics were more influenced by revolutionary rebels such as Che Guevara. In Germany, a small group of middle-class radicals are spurred into direct action when a prominent voice of the left is gunned down in the street.

Another death, at the hands of a policeman during a public riot, further radicalises Ulrike Meinhof, a political journalist who gets drawn into the outlawed group, to become one of the masterminds and idealogists behind their tactics and targets. 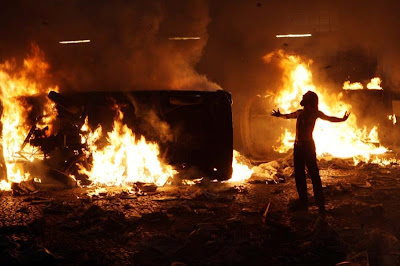 I was overwhelmed by the scale of the havoc wrought by the RAF (Red Army Faction), also known as the Baader-Meinhof gang. The story follows their lives from before their descent into violent extremism, to their eventual incarceration and public trial.

As the leaders of the RAF get arrested or killed, the remaining members vow revenge, and continue the chaos, linking up with Arab terrorists at a time when an international terrorist coalition was being established...

I sympathised with their initial ideals, which was partly a protest against the many Nazis still in local government at the time. But the unanswered mystery is how quickly they moved into armed robbery, assassination and bombing campaigns. A short journey from political ideals to terrorism, with an obvious parallel to today, though the film doesn't get heavy-handed with 'messages'. For instance, one of their targets is portrayed as a random innocent, yet it doesn't even mention that he was formerly a member of the SS, a hardline Nazi. 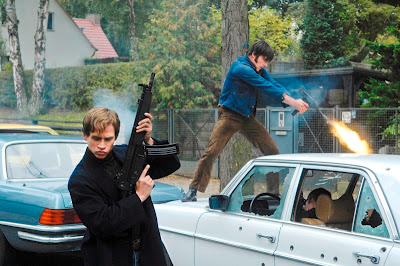 The whole film is an education, or the start of one, but without throwing too much information at you, like Oliver Stone's breathless JFK (1991). While detractors of the film complain about what the film has left out, it's up to the audience to learn more.

The Baader Meinhof Complex presents a fast-paced tour of the gangs' actions and many victims. There's also been criticism that it portrays them as quite a sexy bunch, attractively rebellious, mostly young women with a weakness for mini-skirts. I was briefly seduced by their cause, but then repeatedly repelled by their militaristic solutions. I found this no more problematic than the many gangster movies that equate guns, power, sex, and money. Considering the amount of guns and ammo out there, it's surprising that there hasn't been more mayhem like this.
The film has just come out in cinemas in the US, and is already on DVD in the UK. Two short documentaries illuminate the intentions and of the director and the producer, as well as showing the extensive nature of the making of the film.

This review on SFgate says it all much better than me.

Watch the trailer and you'll want to see the film...
Posted by Mark Hodgson at 2:27 am