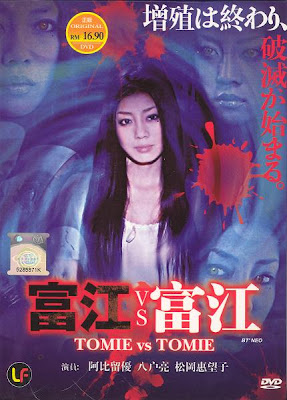 I thought we'd seen the last of the movies about Junji Ito's creepy creation. But then came this eighth entry in the Tomie series (here's my guide to them all). It's been out on DVD in Japan since 2007, and I first saw it on a Chinese DVD in Malaysia, pictured above, but now Japan Flix have released it officially, online with English subtitles.

With Tomie's unnatural ability to completely regenerate from dismembered body parts, it's surprising she hasn't had to face herself before... 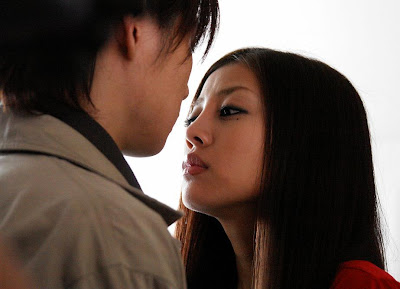 Two factory workers are tangling with Tomie, well, two different Tomies. One guy is recovering from the death of his girlfriend, but is being pursued by a Tomie, who has a gaggle of his colleagues at her bidding. Unknown to him, a close friend is helping another Tomie through a difficult regeneration...

In this 'episode' in the saga, Tomie is more in control than usual, manipulating many men around her in a small factory. But both the Tomies have a serious problem, decay... 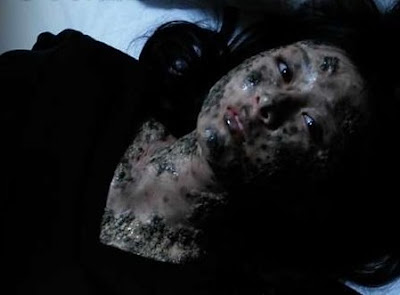 The traditional mayhem, obsession and violence ensues. But the promised confrontation of the two Tomies is far too brief and falls short of the bizarre heights of the series. But this is still a creepy, coherent and occasionally bloody tale. It's an above-average but small-scale Tomie film, far better than the last two entries (Revenge and Beginning), and achieves the paranoid atmosphere of the best Tomies, of being in a bad dream. 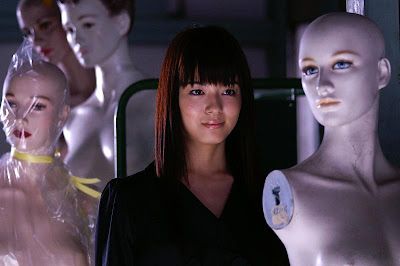 Framed 16:9, it appears to have been shot on HD video, but is far better photographed than the previous two, with careful lighting and composition. It's well directed by Tomohiro Kubo, an assistant director on Tomie: Forbidden Fruit and Hideo Nakata's Sleeping Bride, adding visual layers to the many mysteries. 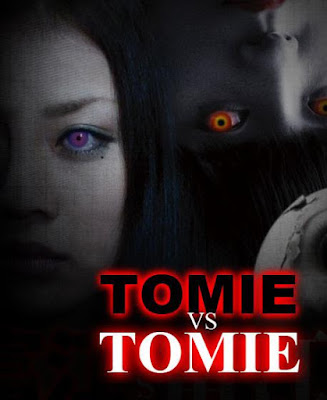 With consistently creepy music and creative shock moments, this is a Tomie overdue in the west. Though Japan Flix aren't yet releasing any DVDs, this is only available to rent online or purchase in HD on iTunes.

By the way, the English subtitles on the Malaysian DVD (at top) were very poor quality, as if they'd been translated in an online website, rarely making grammatical sense.