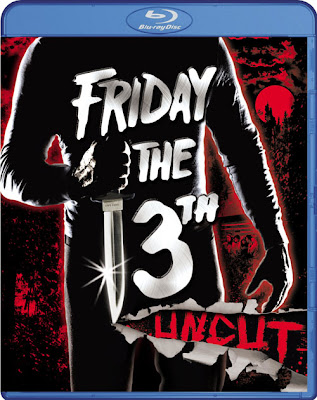 The first was only the beginning...


I keep returning to Crystal Lake, expecting to learn why it became so insanely popular. Now on Blu-Ray, it's possible to see the original movie clearer than it was ever projected. I couldn't even hear all the dialogue when I first saw it in a suburban fleapit.

It was a packed house on a Saturday night, the audience was hungry for the high bodycount promised by the trailer - a serial slasher film with guaranteed gore. Ironically at the time, America and the UK were unlikely to see much blood, sex or nudity after films had been past their respective censorship boards. The violence in the film was cut down - each kill faded to white early rather than show the whole murder. The week it came out in the UK (I’m guessing that was June 13th, 1980), I wish I’d seen it on Friday, and not Saturday, because I was sat in front of a loudmouth bastard who’d also seen it the night before. He proceeded to spoil every single surprise by telling his date what was about to happen. Not fun. But the film continued to fascinate, partly because of the bloody behind-the-scenes photographs in Fangoria, and also the series' subsequent longevity. 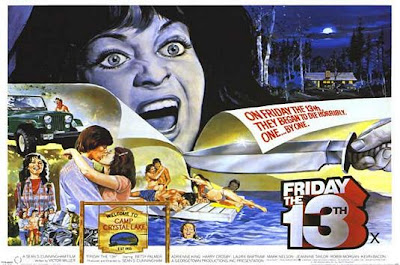 The new uncut US releases restore the death scenes that were only previously seen on home video on the Japanese laserdisc. There are also extras, old and new, talking about the original production – casting, special effects, story ideas and music. The director, Sean Cunningham, talks about misdirection, distracting the audience from where the next scare is coming from, which originally worked well. At the time, no one was sure whether the killer could be Crazy Ralph, Mr Christie the supervisor, or even the pot-obsessed cop… there were enough red herrings to keep us guessing. In interviews, the writer is honest about ripping off elements from the recently successful Halloween, and topping it all off with a shock ending like Carrie.

They talk about the making of the film, but not the key to it's success - the publicity machine. The classic bodycount trailer, and timing the premieres on Friday the 13th, selling it both as a ghost train ride and a date movie. We went to see everyone die. The characters weren’t expected to live, they weren’t given enough personality for us to get to know. Many of them were even annoying. The only thing that broke the boredom of the simple storylinewas the next kill. This is what the movie promised. Seeing it again, I was surprised at how few onscreen murders there were. 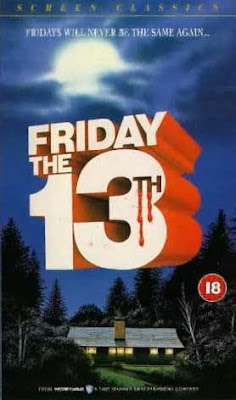 Friday the 13th became part of the horror movie genre called ‘have sex then die’. The inadvertent subtext is also ‘smoke pot then die’ or ‘play strip Monopoly then die’. Missing also is any mention of the handheld camerawork – Halloween opened with a memorable roving camera from the point of view of the murderer (itself an acknowledged steal from Dario Argento’s giallo thrillers). The success of much of Friday’s suspense are the twitchy point-of-view shots through the killer's eyes – indicating that they were nearby and also conveniently hiding their identity. I remember, In the cinema, there was screaming whenever the camera started creeping in on anyone.

Naturally, no mention is made of the uncanny resemblances to an earlier bodycount slasher, Mario Bava's 1971 Twitch of the Death Nerve, otherwise known as Bay of Blood. It has many of the same murder methods, a waterside setting, corpses rearranged for shock effect, and even a fisherman's pullover... But with far more explicit violence, more onscreen carnage and even gushing blood. The difference being it's Italian dubbed into English, and it has a twisty complex plot, perhaps too complex for a Saturday night crowd of teenagers. The similarities between Bay of Blood and the first two Friday the 13th films are as shocking as the nudity, and the gratuitous use of squishy squid close-ups. From the machete in the face, to the couple skewered with a spear during love-making. From a wheelchair murder, to a close-up decapitation... all from a film made nine years earlier. 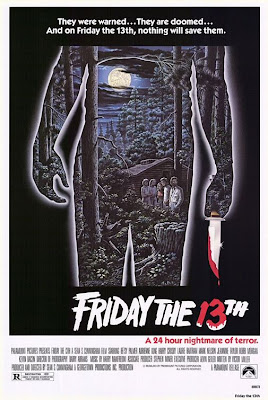 Cunningham never planned on getting as far as a sequel, as is obvious from the bizarre premise of Friday the 13th Part II. He simply made a low budget horror, and look what happened.

On Blu-Ray, it looks remarkably good. It makes the most of the very dark, underlit, exterior scenes. The 5.1 audio mix isn’t tricksy, just slightly broadened, and there’s also the mono mix for purists. It’s the first time I’ve seen the film in a 16:9 aspect since the cinema release, and the composition looks strong and not cramped, even after all the years of 4:3 home videos. I’ve just finished watching all the Fridays in order. Now they’re coming out on Blu-Ray and in DVD special editions, with Friday the 13th Part III viewable in 3D on home video for the first time. For a better selection of cast and crew interviews, there's also the extensive documentary His Name Was Jason out on DVD. 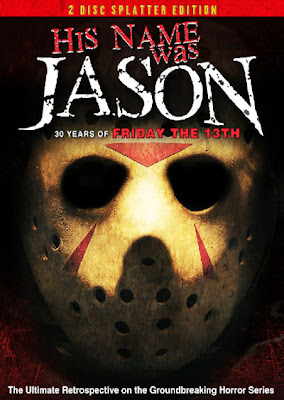 Strangely, I can't find the Blu-Ray of Friday the 13th on Amazon.com, only on Amazon.co.uk which is ironic as this new Uncut edition and Blu-Ray haven't been released in the UK. I guess they're trying to minimise confusion with the new remake. Also, Amazon lists it as 2.35 widescreen, when it's really 16:9. Part III was the first Friday to be shot 2.35 (and also the first in the series to feature the iconic hockey mask).

Don't worry, I'm not going to review the rest of the series, I just wanted to share my memories of when it all began. And I didn't even mention Kevin Bacon or his speedos.