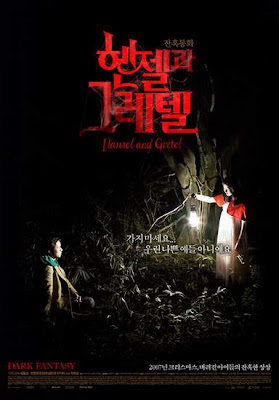 HANSEL & GRETEL
(2007, South Korea)
A dark, beautiful mystery...
I didn’t even know what genre this movie was going to be in when I started to watch it. I like knowing nothing about the story and was intrigued by which way this tale was going to twist. Of course, I won’t spoil it for you, but must at least describe to you what kind of film to expect. The filmmakers call Hansel and Gretel a dark fantasy, a new movie genre for South Korea. 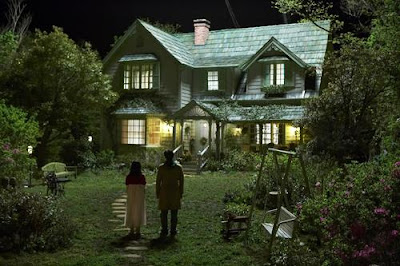 A young man, Eun Soo (Jeong-myeong Cheon), is driving through a forest when he’s in a car crash. By the time he regains consciousness, night has fallen. A young girl finds him and leads him back to her house deep in the woods. There he meets her family, who look like they’re celebrating the most perfect Christmas ever. Colourful toys, fairy lights and cakes are everywhere. But after staying the night, he has trouble finding the way back to civilisation, or even contacting it… Why can’t he escape the forest?

I was bracing myself in case this mystery turned into an extreme horror, and as I was trying to work out what was going on. The result was simpler than I’d expected, but many minor questions raised along the way were left unanswered. 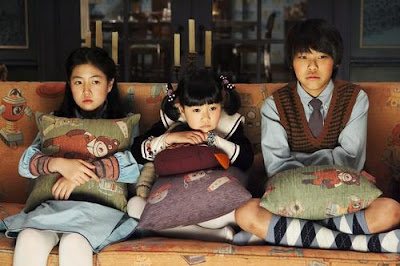 As usual, with the best of Korean cinema, it’s beautifully designed, with highly accomplished filmmaking and faultless acting, especially from the three children, one of whom is very young.

Before the answers come, it’s a wonderful mystery. The closing act could have been far shorter, a lot of momentum is lost towards the climax, but is eventually satisfying. Without giving too much away, this may be a new genre for Korea, but it appears to have drawn from a certain episode of The Twilight Zone and a little from Village of the Damned… Though thankfully this isn’t another horror about how evil children are - let's kill them! 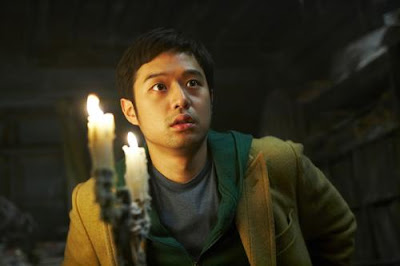 It borders on being a horror film, but not one that will totally satisfy modern horror fans. Yet there are a few moments that are too tough for children to watch, so 'dark fantasy' will have to do. It's also quite Christmassy!

The film is playing in a couple of small London cinemas at the moment, so hopefully it will get a UK DVD release. If not, there’s a region 3 DVD from Malaysia which even has the extras subbed in English, though many of the features look quite low resolution. They start with director Phil-sung Yim (who previously made the chilly ghost story Antarctic Journal) explaining how he approached the story. The film itself looks good, with well translated subtitles and an anamorphic widescreen picture.