VALERIE AND HER WEEK OF WONDERS (1970) - remastered DVD 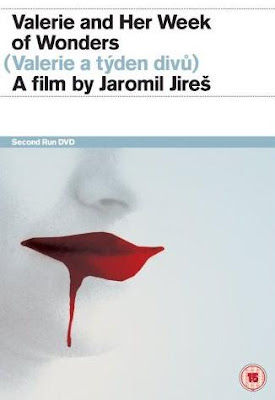 VALERIE AND HER WEEK OF WONDERS
(1970, former Czechoslovakia)
I first encountered the name Valerie and her Week of Wonders when it was the name of an electro band featured on John Peel's radio show in the eighties. When I discovered it was also a the name of a film, I sought out the eventual Redemption VHS and was delighted with the film, even though it wasn't in great shape. Now Valerie has been released again, and will hopefully find a new audience.

It's an enchanting, deliberately dreamlike tale of a young woman coming of age. Newly aware of the world of sexuality, the behaviour of everyone around her hints at life's possibilities. While she is inexperienced, Valerie isn't ready to blindly follow the examples of others. When a school friend gets married, Valerie is very aware that matrimony and religion aren't for her.

Indeed, most of her friends and family are either acting strangely. One character in particular seems intent on confusing her. A scary-faced shape-shifting monster, who begins the film as a weasel (!) also poses as a young man, a priest and Valerie's father. 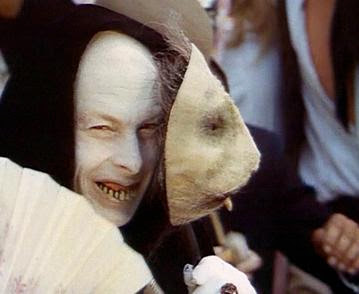 Valerie wafts through the sexual situations, but the film is more about her awareness than sex itself. It's hypnotic, beautiful and visually poetic, but there's more subtext going on than actual story. It could all be a sexual dream, waiting to be decoded and analysed.

As cinema, it's unique and memorable, with an influential soundtrack that was recently remastered on CD. 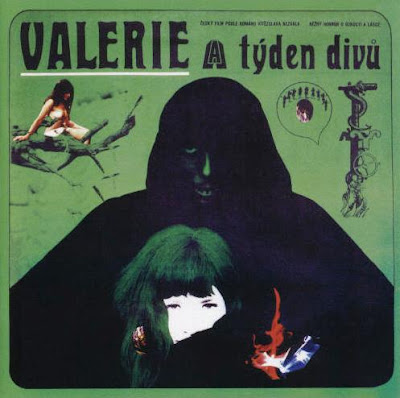 Until this Second Run DVD release, there was only a very battered film print used for the Redemption releases, where some shots repeatedly skipped frames like a silent movie and the image was often obscured by showers of scratches.

Now an excellent print has been used which appears to be complete, gaining over a minute of missing damaged footage - gone are the jumps and scratches. But... 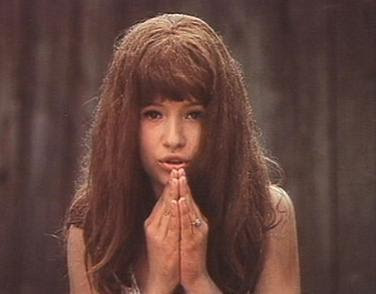 For me, the transfer of the film to a new digital master has compromised the look of several sections of the story. Some shots are so bright that the image electronically bleaches out detail, other scenes are so dark that the action disappears into murk. Comparing it to the Redemption release showed me how severely different the colours and contrasts of some scenes now look.

For instance, there's an early scene of Valerie swimming face up in a pond (the shot is used for the DVD menu) - the first time it appears it's so bright that her face almost disappears, but repeated later in the film it's exposed properly. This occasional lack of continuity also extends to the colour of Valerie's hair. Sometimes it's chestnut brown (the same as the Redemption release, and many publicity photos) but now often appears to be dark brown or black. Similarly a scene in The Weasel's dungeon that was previously perfectly well lit, is now so dark that at one point the screen goes completely dark during the action.

While this is the best release of the film I've seen, and the extras include a wonderful recent interview with 'Valerie' herself, I'm afraid that we've yet to see this magical film looking its best.


DVD Beaver now has a review, and large comparitive screengrabs of the three DVD versions for you to check out.