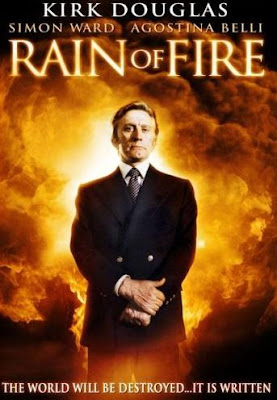 This Italian/UK horror film follows in the wake of the original The Omen (1976) but succeeds better than its sequels. I previously reviewed Holocaust 2000 here, which I could only locate on DVD in Italy. It was also known as The Chosen but has finally been released on DVD in the US as Rain of Fire by Lionsgate on October 28th. 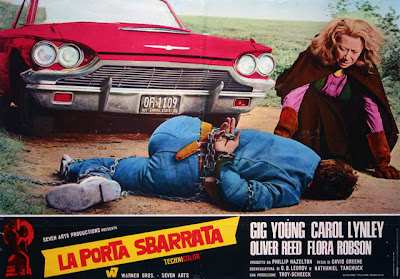 DVD Drive In once again has the scoop on upcoming Best Buy exclusives, including the latest DVD cover art on their website. The new releases include this atmospheric chiller, based on H.P. Lovecraft's The Shuttered Room - which I reviewed here, but can shortly removed from Not On DVD status on October 7th.

It's twinned with It! - a cheap-looking sequel to the German and Czech Golem movies. But It! stars Roddy McDowall and Jill Haworth, which certainly makes it watchable.

The previous Warner Bros. double-bill releases are now more widely available - Diabolik DVD are now selling Moon Zero Two, for instance, so hopefully The Shuttered Room will also eventually be easier to get. 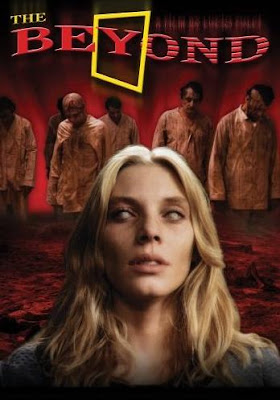 One of my favourite Lucio Fulci Italian horror films gets re-released by Grindhouse from October 28th. After directing Zombie Flesh Eaters, Fulci injected some undead action into several subsequent stories, like this one and City of the Living Dead, which both got released in UK cinemas. This is infamous for introducing a large jar of acid to an annoying little girl, and for the flaying of an unfortunate prisoner with chains - both scenes regularly being heavily censored on home video through the years. It stars David Warbeck, Catriona MacColl and Al Cliver. 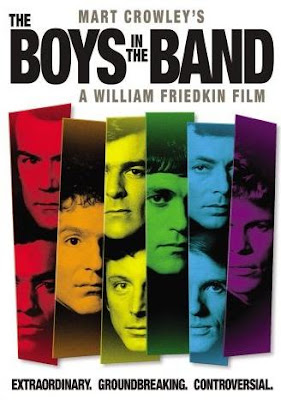 This is appearing for the first time on DVD and the first time in widescreen for this ground-breaking movie where gay men took centre-stage as characters rather than incidental stereotypes. Leonard Frey, as the acid-tongued Harold gets many of the best lines, in the drunken bitchy style of Roger the alien from American Dad. Based on Mart Crowley's play, it's now dated today, but provides a reminder of life in the gay ghetto and in the closet of sixties America. It's due on DVD from November 11th.

William Friedkin may not be the obvious choice as director, but he'd previously shot comedies and even a vehicle for Sonny and Cher. This was before his breakthrough hit The French Connection and of course The Exorcist. Though Friedkin returned to the gay subculture in Cruising, which has just been restored and remastered. If these early works can get released, where is Friedkin's masterpiece Sorceror? 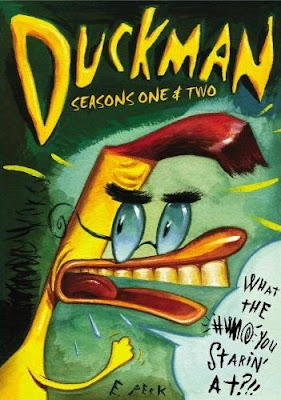 DUCKMAN (1994)
With all the adult animated sit-coms out there at present, let us not forget this earlier dysfunctional family, just as surreal and political as American Dad. Duckman is a truly terrible detective whose success stems from his pig sidekick, Cornfed. He lives with his dead wife's sister, two sons, (one is two-headed, the other stupid beyond belief) and a comatose flatulent mother-in-law. His appetites for porn, booze and cigarettes are constantly challenged by his feminist sister-in-law and ultra-PC stuffed bear secretaries. Cornfed Pig is the standout character, with his droll, private dick monologues that contrast with Duckman's foul-mouthed tirades.

This is a late DVD release for a very funny animated series. The first boxset contains seasons 1 and 2, but further sets are already on the way. 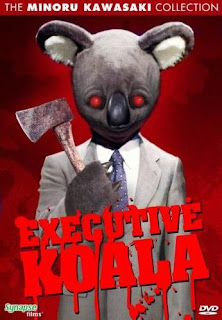 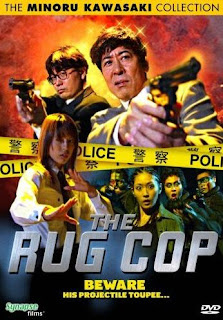 Coming on November 18th from Synapse films, are three new DVDs from the director of Japanese comedy The Calamari Wrestler (reviewed here). Hopefully these will be released seperately as well as a boxset, because I wholeheartedly don't recommend The World Sinks Except Japan (reviewed here) although all three look fun on paper. The Calamari Wrestler may prove to have been Minoru Kawasaki's best film, but I'm willing to risk his murder comedy Executive Koala, and martial arts cop comedy Rug Cop (his wig is a deadly weapon!) just in case. 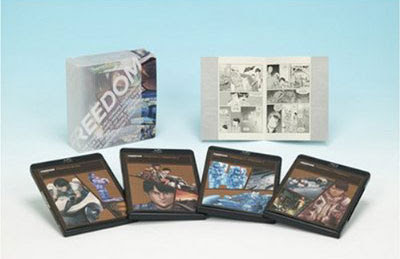 I heard that this anime was coming on Blu-Ray in Japan, and I reviewed the first episode on HD-DVD, but the great news is that the entire series should debut on DVD and Blu-Ray in the US and UK on November 11th. The contents will probably look like the Japanese release pictured above.