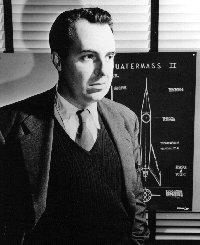 Well, sadly I heard today that the writer Nigel Kneale has passed away. It hasn't quite sunk in yet, but I'm going to really miss him.

His fantastic Quatermass series inspired sci-fi and horror fiction ever since he first began writing stories about the character in the early 1950’s. There were four TV series, and he was working on a fifth story - a prequel set in Nazi Germany, which will hopefully see print in some form one day. Three series were made into classic Hammer films, in fact the success of The Quatermass Xperiment launched Hammer Studios into horror films in the first place.

He excelled at writing and adapting ghost stories for the screen, and cleverly linked the supernatural to scientific origins. The Stone Tape (1970) boggled my mind with its accurate prophecy of home video formats, and then chillingly set my hair on end. Very rare for TV to have such a chilling effect.

My very favourite work of his is the movie version of Quatermass and the Pit (1967) which he adapted from his scripts for the BBC TV series. It’s haunted my imagination ever since I saw it as a teenager. If London ever descends into chaos, under attack from Martians, demons and robotic humans, I feel that I’m ready for it, having lived through the film so many times. 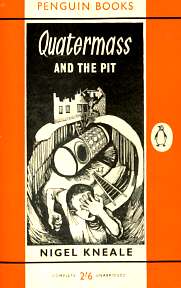 Before home video, Kneale's TV scripts enjoyed many years in print
I can’t do him justice the way obituaries hopefully will. I’ll instead just recommend to you his newly-published biography - a catalogue of his life and work, with an impressive look at the many films he's influenced over the years. 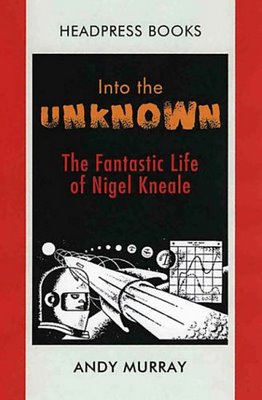 One of several covers for the new biography
Coincidentally, I was reading it only yesterday.
- - - - - - -
Posted by Mark Hodgson at 7:48 pm