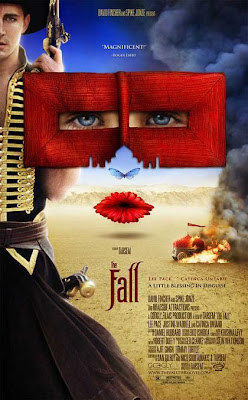 THE FALL
(2006, India/UK/USA)
It’s possible to fall in love with new Hollywood movies that cost millions of dollars but no-one has heard of. These can be box-office flops that were killed by word of mouth and/or negative critical reaction. I think The Fall just never got a good enough launch. Looking at the reviews and reactions of anyone who's seen it, there's a potentially large audience out there. An audience that is having to discover the film for themselves. Logically, this is a bizarre phenomenon for an epic film. Sort of similarly, another film slowly gaining an audience is last year's Speed Racer, which had a huge marketing push that somehow failed to attract an adult audience. Speed Racer was special effects-heavy, as in every single scene, while The Fall is also spectacularly beautiful, but naturally so. 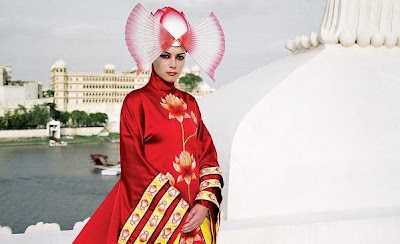 Last year, after a telling delay, it was finally released in the UK. I was very interested because of director Tarsem Singh’s previous film The Cell (2000), a mixture of imaginatively lush visuals and dark subject matter - a journey into the mind of a serial killer. I suspect that more people would have gotten to see The Fall if the story hadn’t taken such a late hairpin turn into the dark side, because it's almost a children's film... for all ages. 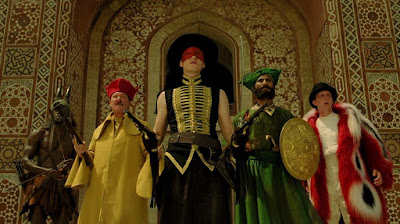 It's Hollywood, 1915. A stuntman is recovering in hospital from a broken leg. Another patient, a little girl, happens to visit him one day and he starts making up a story for her. A swashbuckling tale full of colourful characters in even more colourful, fantastic locations. The little girl has to imagine it all, but we see everything as he describes it. A band of skilled adventurers from far-flung lands, teaming up against a common foe in a mysterious desert kingdom. The little girl visits him every day for a little more of the story. But as the stuntman’s luck goes bad in real life, he evokes his troubles on the characters in his story, much to the distress of the little girl. Will there be a happy ending to his story? 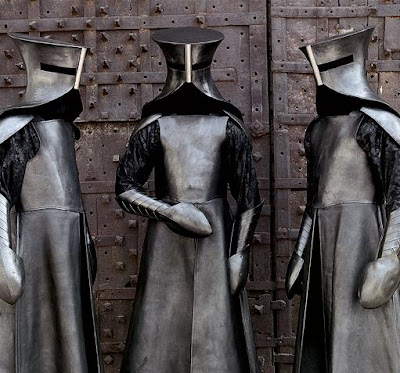 The Fall starts off as a good-natured, multi-cultural adventure intercut with the light-hearted friendship of the stuntman and the little girl, a slightly unusual and different-looking family film. But towards the end, the tone shifts and gets very dark very quickly, making the film rough for young children and adults expecting to chill out. This leaves the film in a niche category of adult-biased dark fairytales. Presumably this made the film too hard a sell but shouldn't have sunk it completely. It's hopefully being discovered on DVD and, especially, Blu-Ray which is perfect for spectaculars like this. 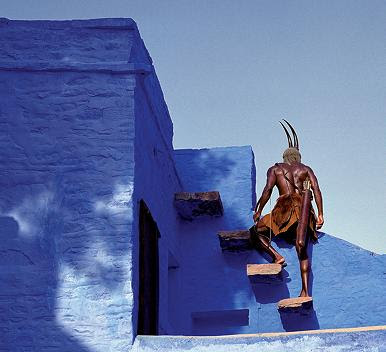 Director Tarsem (as he now calls himself) has carefully picked beautiful and astonishing locations that I’ve not seen before, though I suspect that some may have already appeared in Indian cinema. Of the many other countries used in the film, he's also revisited a few choice locations from Baraka (1992), a mix of startling images and music from the cinematographer of Koyaanisqatsi (1982). With Tarsem's flair for cinematographic splendour and outlandish fashions, the movie regularly looks surreal, though the marvellous vistas actually exist. 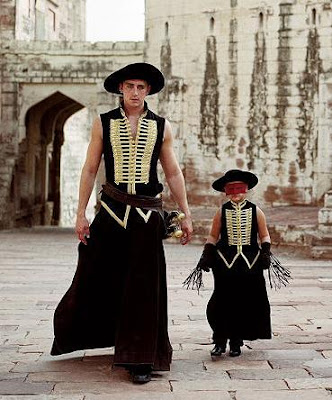 The international cast is led by the charismatic Lee Pace (star of Pushing Daisies). Whenever I see an actor successfully play two entirely different roles, I’m very impressed. Pace impresses as the attractive romantic action hero, but he was also totally convincing as a male-to-female transsexual in A Soldier’s Story! Anyone who can succeed in polar-opposite roles can surely play a whole range between.

While the climax is problematic, The Fall is still the most sumptuous, FX-lite, eye candy of last year, and likely to fuel holiday ideas for decades to come.

DVD Beaver has more screengrabs here, and the promotional website is still live.


After a clue in the end credits, it turned out that the story has been filmed before, on a much lower budget. Yo Ho Ho (1981) is a Bulgarian film that's provided the inspiration here. Though Tarsem has made The Fall very much his own, it would be interesting to compare it. There's a plot description and some useful screengrabs here at Gotterdammerung.