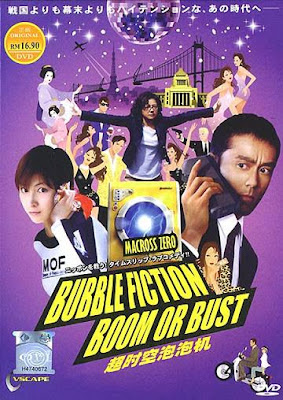 BUBBLE FICTION - BOOM OR BUST
(2007, Japan, Baburu e go!!)
Region 3 Hong Kong DVD (released by Vscape)
This light, likeable comedy contrasts modern Japan with life as it was, all the way back in 1990!

After her mother disappears, Mayumi (a young nightclub hostess - it's more innocent than it sounds) investigates the secret government lab where she used to work, only to discover a time-travelling washing machine (an even more ridiculous concept than Dr Who's telephone box).

Perhaps she can travel back to 1990, find her mother, and prevent the economic boom turning to a bust? 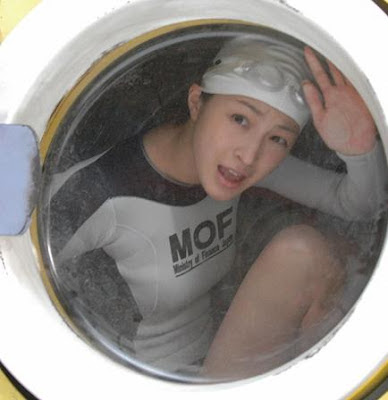 The story keeps the plot twists coming and has fun with the inconveniently designed time machine. It also allows Japan to fantasise about life before their financial bubble burst. I'm guessing that 'Bubble Fantasy' would make more sense as a translation of the title.

Despite the many in-jokes and cameos which will make more sense in Japan, I still found this accessible, and got the gags about mobile phones and changing fashions and standards. Like when Mayumi scandalises party guests in 1990 by performing the latest grinding dance moves. 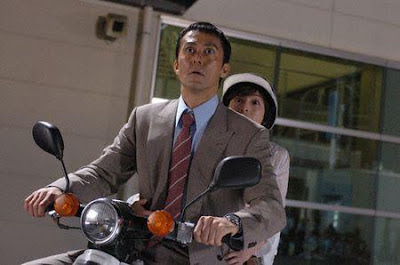 It's nice to watch Japanese films and be able to recognise more of the actors. Ryoko Hirosue stars as Mayumi. You may have seen this busy actress star as Jean Reno's daughter in the overlooked French/Japanese comedy thriller Wasabi (2001). Co-star Hiroshi Abe (Kidan, Godzilla 2000) appears as a ministerial aide, but in both time frames. I also like Masato Ibu (Godzilla Final Wars, Azumi, Yureru) as Serizawa the finance minister. Abe and Ibu both seem just as comfortable in comedy as in horror, or even samurai drama. Mayumi's mother is played by 80's pop idol Hiroko Yakushimaru, the child star of Sailor Suit and Machine Gun (1981).

Ambitious special effects are used in some shots to recreate street scenes of 1990 Tokyo, rather than relying on secondhand footage.

Bubble Fiction barely qualifies as sci-fi, but it's a snappy comedy, especially enjoyable for Japanophiles. 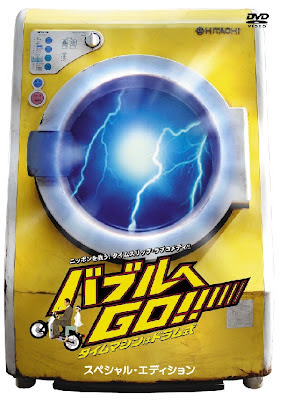 On DVD there are English subtitles on the Hong Kong release (available from HK Flix), and the Japanese (from YesAsia).