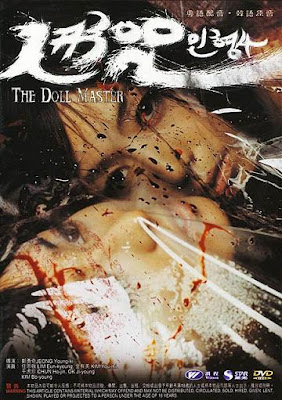 Not all Korean horrors are gloomy, extreme, perplexing and non-linear. This is a good-looking mainstream horror full of good-looking actors. My only reservation is that while it doesn’t pull its punches, it should have been much, much creepier…

Plotwise, if Stuart Gordon had made Dolls (1987) in South East Asia, he’d probably have ended up with something very similar to this.

It's also surprising that nothing similar has been made in Japan, where doll mania is regularly the rage. Life-size adult dolls with full wardrobes are on sale as companionship surrogates, highly sophisticated sex dolls can also be tailor-made, girls dress like dolls, people collect dolls, and then there's the nation's obsession with lifelike robots...


Anyhow, I rewatched The Doll Master because I really liked the premise and the look of the film, and discovered it had more than a little comedy than I remembered, at least to start with, before the body count kicks in.

A group of youngsters are invited to a famous doll-maker’s mansion. (You guessed it, it's up in a forest and everyone's mobiles are out of range.) If they’re lucky, one of them will be honoured with a doll crafted in their image. All of them are relaxed, except for one girl who’s a little too old to be nursing an impeccably dressed doll. 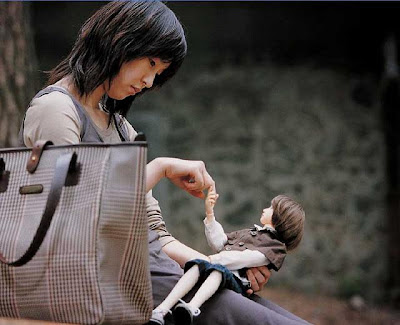 The doll-maker shares his house with a wheelchair-bound sculptress. Together they make incredibly life-like dolls, in all scales. The main hall has a display wall, filled with impeccably dressed tiny mannequins. 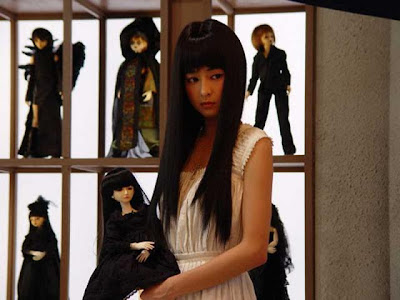 Creepier still is the use of full-sized dolls in the furnishing. In each of the guest bedrooms is a figure, one emerging from a wall to hold a mirror, another built into the ceiling to hold the chandelier. You could almost think they were alive… The look of the sets and particularly the hall look impressive and modern, rather than the traditional gothic.

Hae-mi also keeps seeing a girl in red dress running around the grounds. What she hasn't seen is the prologue, which introduced us to a man who fell in love with a doll, and murdered his wife just so he could be with it all the time. He was strung up for his crime before the titles rolled. 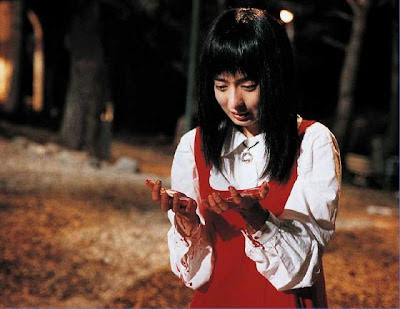 The Scooby Doo cast of characters are amusing but not overdone. There’s enough twists in the story, even a little gore, but not nearly enough scares considering how creepy dolls should be. Perhaps it’s more frightening for those who can’t stand dolls.

Actress Yu-Mi Kim as Hae-Mi particularly impressed me with her prolonged and sustained level of realistic hysteria! She was previously a star in another South Korean horror hit, Phone. 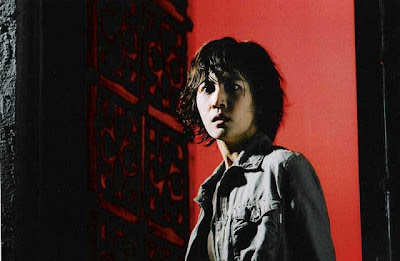 The Doll Master is currently available in Hong Kong, with 5.1 Korean sound and good English subs as well as the Chinese language options. It’s also out on DVD in the UK, but the US release is now going out of print and harder to track down. 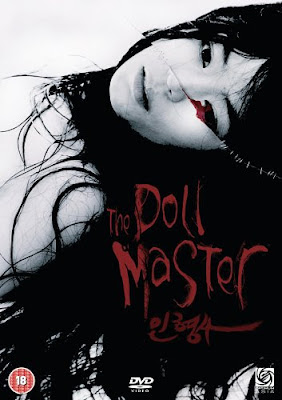