TAXI 4
(2007, France)
Luc Besson - Producer
Ever since The Big Blue in 1989, we used to track down every Luc Besson film out there. We were rewarded with a string of classics: La Femme Nikita, Leon (aka The Professional), the underwater travelogue Atlantis, The Fifth Element… But after The Messenger (1999), he stepped out of directing and into producing.

But Besson’s name in the credits kept leading us to entertaining films. More mainstream perhaps, and usually in French. A new gamut of Luc Besson movies that were less well known in the big wide world of English-speakers.

Many of them are a fusion of East/West action. In Wasabi (2001) and in The Transporter, a young woman from the Far East is teamed up with an older gun-toting action man. Wasabi was also interesting to me for being set in Japan. Unleashed (aka Danny the Dog) cast Jet Li with Morgan Freeman and Bob Hoskins!

I thought Besson’s name would also guarantee cult status for the Taxi series, which started off in 1998 as an action/comedy heavy with jaw-dropping stunt-driving from the superb Remy Julienne troupe (still going strong since The Italian Job in 1968). Despite the sequels and the obligatory awful US remake, the Taxi films are still relatively unknown but easily accessible off-beat entertainment. 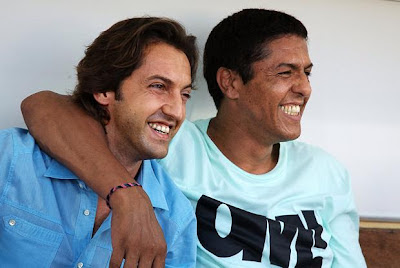 Taxi 4
...or more accurately T4xi, (but just try asking for it by name), is the latest. Although it starts off with a football hook, sport isn’t central to the plot. The familiar faces are back, with the local police from the French Riviera put in charge of a scheming and dangerous crimelord. As usual it takes a local taxi driver to save the police from themselves.

This is quite a break from the Taxi formula, with far less complex auto action. Taxi’s tricks are demoted to just high-speed driving and weaving through traffic. The accent here is on comedy, specifically aiming for an audience that enjoys jokes about policemen smoking grass, a base-thumping soundtrack, and stereotyped baddies that you could spot from a satellite. 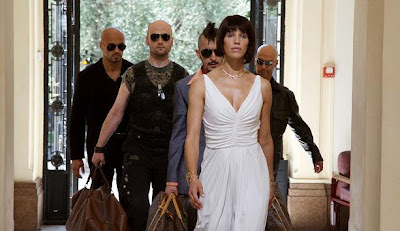 But there’s also intricate physical comedy, sharp dialogue, and a faithful continuation of the character storylines from movies 1 2 and 3. The humour is easily accessible, despite numerous jokes about different regions of France, and beaucoup de Belgian-bashing. There’s also far more screentime for the demented Inspector Gibert, than Daniel the taxi driver, again steering the film away from the usual formula. But it’s still a strong entry, the third to be directed by Gérard Krawczyk. 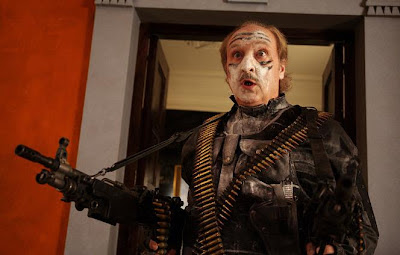 The Marseilles Police Force must squirm as they hand out filming permits to the crew, only to see themselves portrayed onscreen as uniformly dimmer than Inspector Clouseau (which reminds me that Jean Reno is doing Pink Panther 2, ooch!)

With minimal car carnage, the climax is instead a handsomely mounted pastiche of Pacino’s Scarface. So relax, lower your expectations of a car chase finale, and you’ll enjoy Taxi 4 all the more. 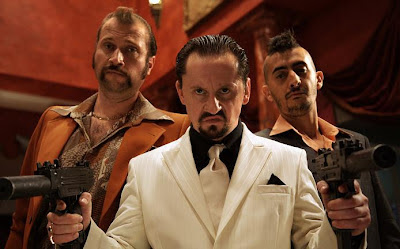 At the moment you have to search around for Taxi 4 with English subtitles. I found a no-frills release from Thailand, in 16:9 anamorphic widescreen. The subtitles miss out a few lines of dialogue, but they are clear and well-translated. Canada is also a good place to look. Meanwhile Taxi, Taxi 2 and Taxi 3 are all out on DVD in the UK. 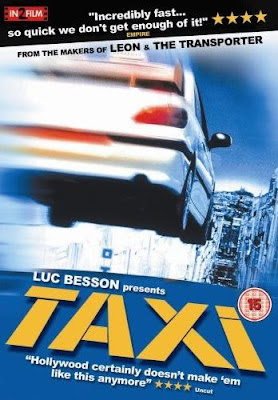 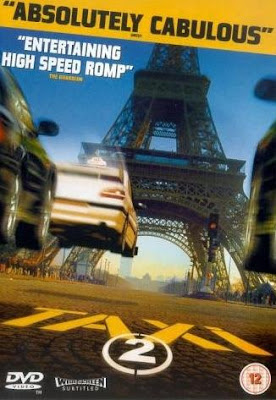 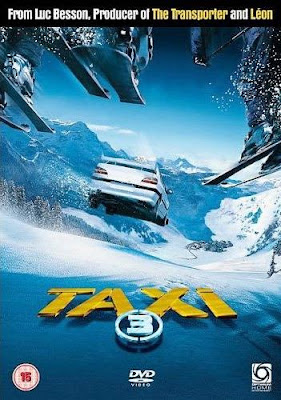