Finally, a decent DVD release of this bloody black comedy


I thought this would be better known nowadays. But it seems that video games like Carmageddon have stolen its thunder without much respect. Even sitting in the car, I keep hearing passengers making jokes about pedestrians being worth different amounts of ‘points’, without knowing the film that started it all. Over 30 years ago this was the first adult movie I ever sneaked into. I put on one of my Dad’s jackets to try and look old enough to get in – it worked! Back then, Death Race 2000 was seen as a cash-in on the big-budget Rollerball – another future vision of televised sport that incorporated onscreen murder to satiate the masses and somehow provide an alternative to warfare and civil unrest.

But where Rollerball was quite dry and downbeat, Death Race 2000 delivered sex and violence, while delivering a satirical black comedy with a cheeky anti-violent message!

The film portrays a future where the annual Death Race sends five cars coast-to-coast across America in search of first place or the highest score – points won for pedestrians killed, higher scores for those of least use to the State. Big scores for old folks and babies. Extra points for women! 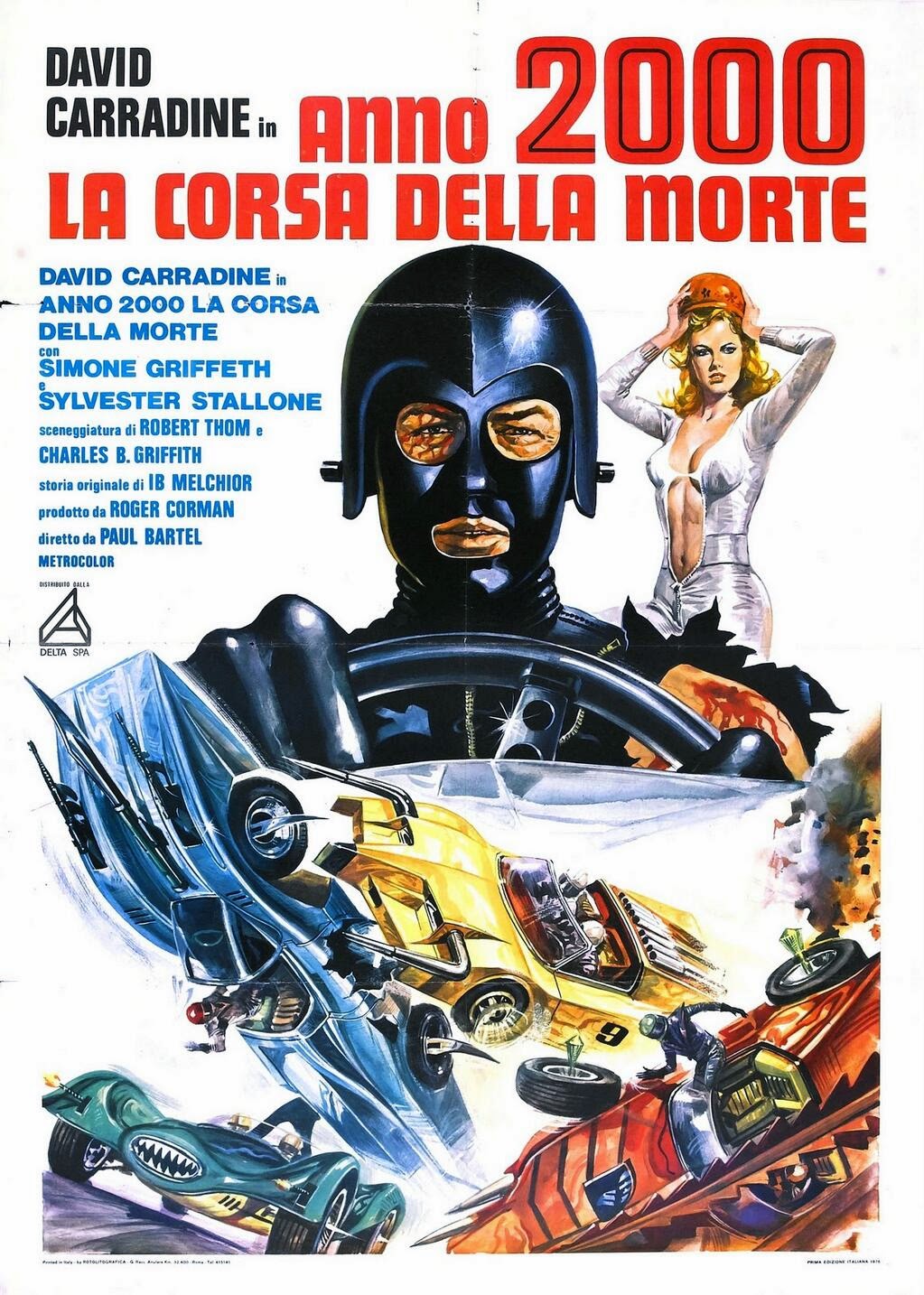 The cars have blades, missile launchers and teeth, to maximise their killing potential, and are all themed to reflect the cartoony characters of the drivers. WWE meets Wacky Races. Besides a cowgirl (Calamity Jane) and a Nazi (Mathilda the Hun), there’s a Roman hero (Nero), a 1920s gangster (Machine Gun Joe Viterbo) and a sci-fi monster (Frankenstein), the latter a patchwork cyborg pieced together after previous car crashes.

But as soon as the race gets underway, saboteurs try to challenge the world president and bring down the institution of the Death Race. The film is presented by three characters that lampoon both sport and chat show hosts.

The racers continue to knock down the foolhardy citizens who venture onto the streets, while the organisers try and prevent the race itself getting wrecked. A simple enough premise, but with interweaving stories running around all the competitors, the organisers and the saboteurs. Fast editing includes all the viewpoints and tries not to miss any of the improvisations or any last word from the witty script.

The cinematography for the action scenes is tight, with dynamic wide angles, and cameras bolted onto the cars to keep you in the action. There’s no back projection – the actors simply keep acting while they’re driving. There’s a fantastic wide-angle shot of David Carradine at the wheel while a micro-fighter-plane buzzes low over him in a perfectly symmetrical money shot. 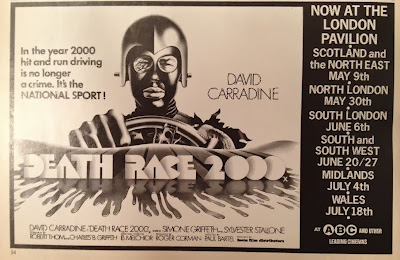 Roger Corman, who produced this at the height of his creative powers, seems to have relaxed his usual tight purse strings on the budget, because there's actually plenty of stuntwork, car wrecks and explosions, without any stock footage. At the time, this film delivered just as much excitement as Hollywood A-movies, without appearing to be cheap.

The bizarre music - a mixture of synths like A Clockwork Orange, and rambling soul guitar solos - dates the film the most, along with the sub-psychedelic paintings of the opening title sequence. But the fast-paced action, humour, pathos and inventiveness of the script should still score a few points nowadays. The sharp satire and tongue-in-cheek atmosphere is set up early on when the director, the late Paul Bartel, cameos as Frankenstein’s mad surgeon. 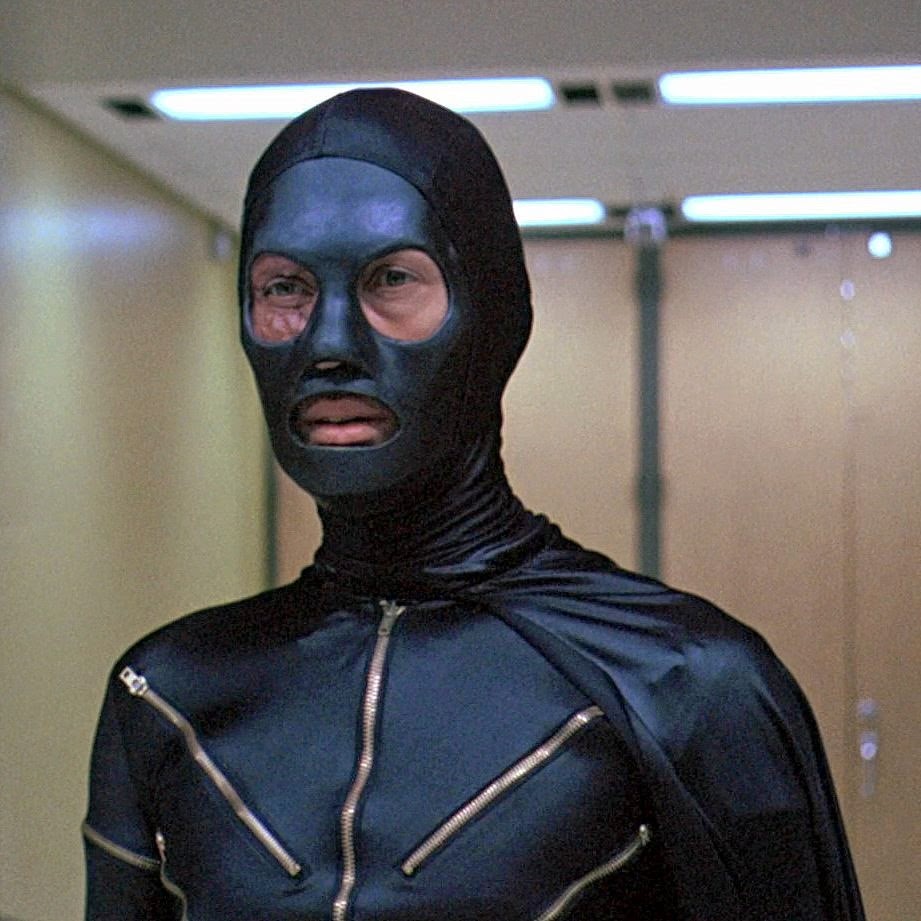 The cast famously includes a pre-Rocky Sylvester Stallone, then in danger of being typecast as Italian hoodlums. But the star is David Carradine (Kung Fu, Carquake, Kill Bill) as Frankenstein who confidently carries the film. Essential Corman regular Mary Woronov again proves she can fight, act and lose her clothes at the drop of a direction. The film's nude scenes, an integral part of the Corman movie-making formula, still surprises today, now that actors and actresses no longer disrobe unless 'it's integral to the plot'.

According to the new DVD extras, Bartel was aiming to deliver a comedy, but the second unit team amped up enough gore to secure a controversy on the film’s release. Even with an X certificate in England, most of the bloody point-scoring kills were cut.

Home video releases of this film have always looked soft, making an excellent b-movie look far cheaper than it should. Even on DVD the film has only previously been available in 4:3 full frame. The latest release has finally had a digital widescreen transfer. The film no longer looks like 16mm film via analogue video. The far sharper and brighter image now highlights the richly colourful green paintwork on Frankenstein’s car. The picture looks well-framed in 16:9 widescreen, and the audio is now clear enough for all the dialogue to be heard over the constant sound of revving engines.

This US DVD should be the last time I have to buy this film – I’ve triple dipped for it on DVD now! This new transfer will be on DVD in the UK shortly.

Naturally, there’ll be a remake released this year, with Jason Statham in the driver’s seat. His hard-nosed but humorous touch will make for a different kind of film, but it should be fun, if only Paul Anderson can muster comedy. It’ll be hard to better the original for invention and economy. 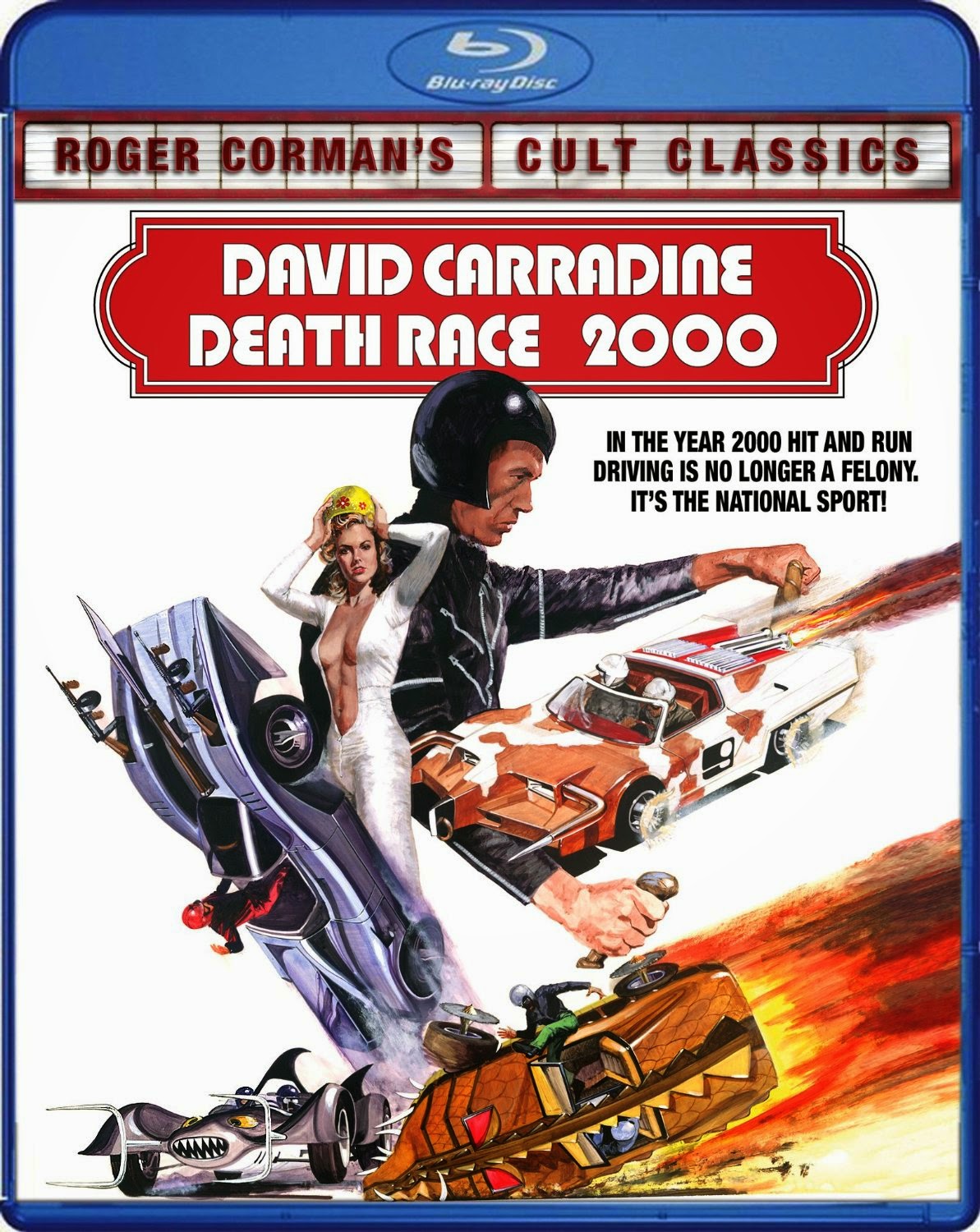