A round-up of DVD updates for films that have previously been covered previously in Black Hole Reviews - click on the titles to link to the full original article - the pictures are of the actual DVD cover art
Firstly, a couple of 'Not On DVD' films are about to get their status revoked... 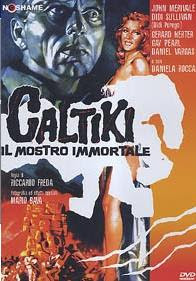 Caltiki - the Immortal Monster has emerged on region 2 DVD in Italy as a special edition, in it's correct aspect ratio, with Italian and English audio tracks. Fans are holding their collective breath in case this is eventually released in the US, with all the extras translated as well. Not sure I can wait for that. 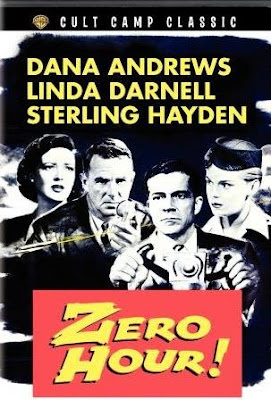 Zero Hour!, the creaky airplane thriller that inspired Airplane! is coming out on region 1 DVD at the end of June, released by Warner Brothers 'Camp Cult Classics'. Dana Andrews (Night of the Demon) plays the original Ted Striker... 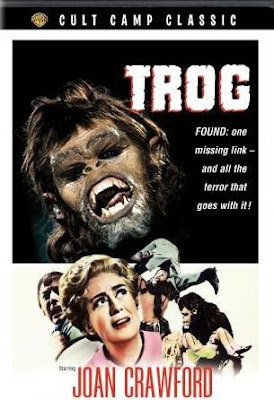 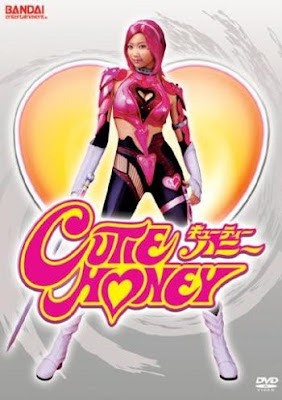 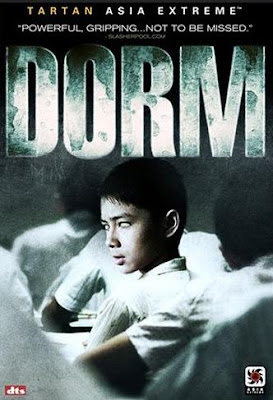 Thailand's superb Dorm is getting a region 1 release on May 27th (Tartan Asia Extreme), though the cover art is rather perplexing - it shows the lead character looking as if he were possessed! Completely misleading, and this scene doesn't appear in the film, it's not an 'extreme' Asian movie either.

I recently watched the region 3 release, with English subtitles and I love the film even more now. Hard to classify, it's very easy to enjoy. A ghost story, rites-of-passage, drama, mystery, with a dab of horror and a light touch of comedy. This region 1 DVD promises audio commentary, deleted scenes, and a featurette. 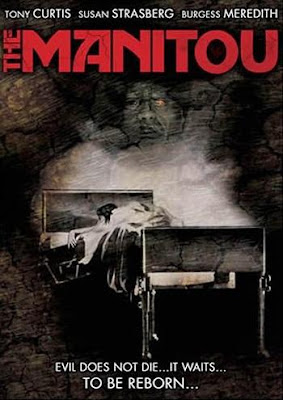 Already out on region 1 is William Girdler's mad Exorcist-riff The Manitou (1978), finally gets anamorphic widescreen treatment. 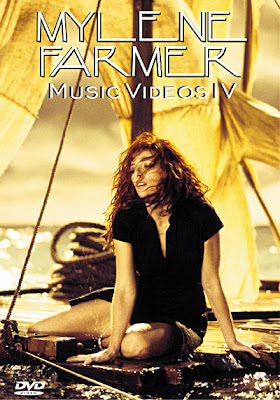 French singer Mylene Farmer's promo videos for her latest album are now out in her Music Videos IV DVD, available region 2 in France. The collection includes the stunning anime mini-epic animated by Production I.G for her song 'Peut-Etre Toi', where there's more than a little influence from Ghost in the Shell 2: Innocence.

There are 8 promos in all, plus a making-of featurette about her live-action video for 'F*ck Them All'. Although Mylene has been making videos in widescreen for over twenty years, this DVD is the first to present them in 16:9 anamorphic widescreen. 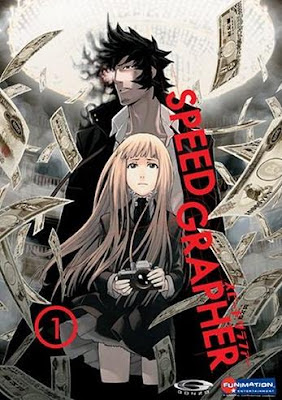 Spectacular, raunchy, tongue-in-cheek, horror action anime series Speed Grapher is now out region 1, and coming soon to region 2, but these western releases sadly lack the Duran Duran 'Girls on Film' track used for its theme tune, due to international music rights difficulties (according to the latest US edition of Newtype). Probably the sort of anime that Mylene Farmer would watch! 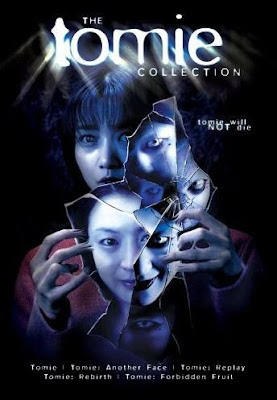 The best five, first five films of the Tomie Japanese horror series, are out in one boxset, called The Tomie Collection. I've previously reviewed all seven films in the series, based on Junji Ito's manga character. 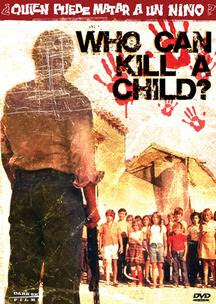 Who Can Kill a Child? is getting a Special Edition release in the US. The uncut international version is not for the squeamish. Due at the end of June from Dark Sky Films. Great DVD review and movie review here at DVD Savant. 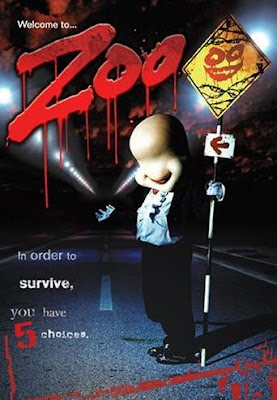 The weird Japanese horror compendium, Zoo, is now out on region 1 DVD.

... and some titles I'd recommend, but haven't yet Black Hole reviewed... 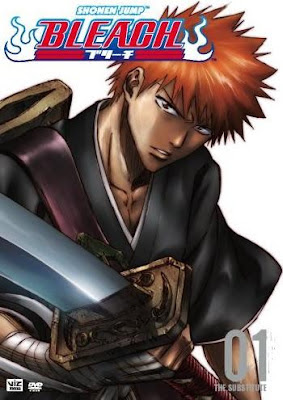 The awesome, supernatural, samurai, comedy anime Bleach is slowly being released on region 1 DVD, but they've got a long way to go. There are over 100 episodes and a movie in this smash-hit Japanese series. I don't watch too much anime, but this is very watchable. Fun characters with fantastic powers, spectacular animation, epic storylines and bizarre monsters threatening to tear the sky apart... 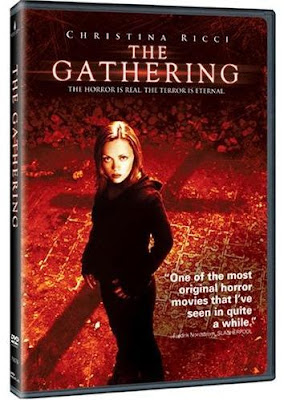 Christina Ricci stars in this much-delayed British horror film The Gathering. It's highly recommended and is now out on region 1. Reminiscent of seventies Brit horrors, this relies on atmosphere and mythos, rather than gore. It still packs a punch though... 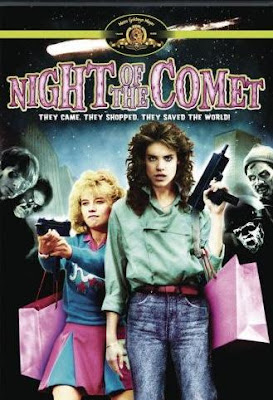 Night of the Comet is finally out on DVD, region 1. Post-apocalyptic zombie mayhem returns to the shopping mall in this well-written, comedic horror. Good to see a cheerleader kicking zombie butt in her actual cheerleader outfit too! Buffy never did that! Great zombie make-up. 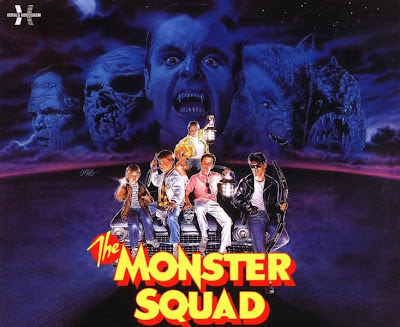 Laserdisc cover art based on the original poster art

The Monster Squad (1987) is also destined to be taken off my personal 'Not On DVD' list soon. One of my favourite ever movies, it's a bit like The Goonies, but with many more monsters, all from the Universal pantheon (Dracula, his Brides, the Frankenstein monster, the Mummy, the Wolfman and the Gillman) all re-designed by Stan Winston. About time! 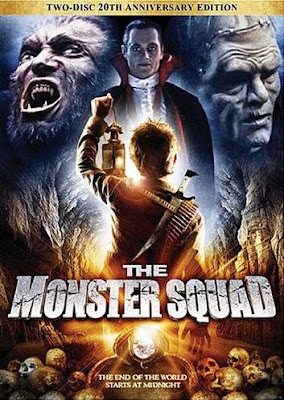 BloodyDisgusting.com report a release date of July 24th for a US DVD release - it's a two-disc special anniversary edition, with the second disc packed with extras. Whoo-hoo! See the report here... News is that if this one flies off the shelves, Fred Dekker's previous classic Night of the Creeps will finally be released too.