FRANKENSTEIN - THE TRUE STORY (1973) the longest, the dullest 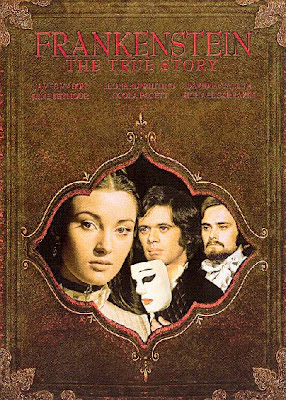 Frankenstein - the True Story
(1973, US television)
NTSC US region 1 DVD (Universal)
A very poor telling of the novel. Not recommended at all!
This was a highly publicised American TV adaption, spread over two movie-length parts.

A great cast, but with dull direction, music, special effects and a very poor script. In its defence, the editing appears very choppy, making nonsense of much of the dialogue and story. Perhaps it was even longer and was carved down to three hours to try and pep it up? Clues to this scenario include Frankenstein's beard suddenly appearing for one scene, then disappearing the next, back-references to events that we haven't seen, major actors popping up for single, brief scenes... Was this an early mini-series that was edited down to as short as possible? 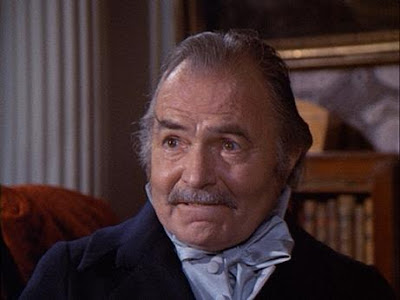 The irreplaceable James Mason as Dr Polidori
The three-hour running time is still too long, with some leaden performances (including the Baron himself - played by Leonard Whiting) mixed with a few good ones. James Mason and Agnes Moorhead (Endora in Bewitched) are the best of a big bunch.

There's Michael Sarrazin (Eye of the Cat), David McCallum (The Man from UNCLE), Jane Seymour (Live and Let Die), Nicola Pagett, Ralph Richardson (Tales from the Crypt), John Gielgud, Tom Baker (very briefly) and even Julian Barnes (a lead in The Haunted House of Horror), but this is very hard going indeed. Not helped by the lousy, ill-fitting music.

The busy narrative simply trots through the scenes from the book, without elaborating on the subtext, character motivations or Mary Shelley's ideas.

Worse still, the horror elements of a classic horror tale are pared down to the minimum. A tale of bloody murder and cadavers being carved up to make new life is all skirted round to appease TV censor's. There's off-screen violence and so little blood, that key scenes are nothing but confusing. There's screaming but you might not know why! Looking at the more explicitly bloody publicity stills that circulated at the time, my hopes were raised that it would be worth watching.

At the time, I was hoping that The True Story would be gorier than even the Hammer films, but I'd have to wait until I saw Flesh for Frankenstein (also 1973) before that happened. The True Story was the last chance in a long time for the Baron to be taken seriously, with Young Frankenstein and The Rocky Horror Picture Show about to famously lampoon him. 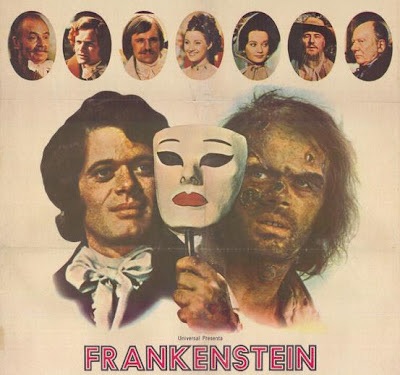 If you must try out this recent DVD release, beware the 5 minute intro at the start of the first part - it's completely full of spoilers! And unlike the original TV showing (yes, I remember it at the time), there's no break between parts 1 and 2 (when you really need a breather).

Do you (really) want to know more?
DVD Beaver (click here) has some great frame grabs that make this look more enticing than it actually is.