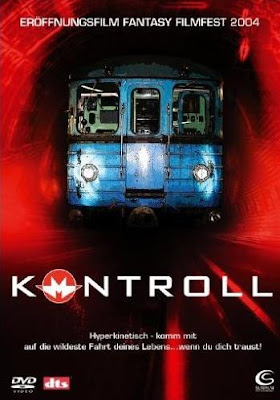 KONTROLL
(2003, Hungary)
After first seeing the Russian ‘vampire’ blockbuster Night Watch, I was hungry for more modern movies from Eastern Europe. Kontroll was shot in Hungary and if it'd been directed by someone like Guy Ritchie, would have been a huge hit. But it wasn’t. Kontroll certainly lead to the director, Nimrod Antal, getting a gig in Hollywood directing the horror thriller Vacancy (2007), and his next film Armored is a crime caper set in the world of armored car deliveries and should be out later this year. 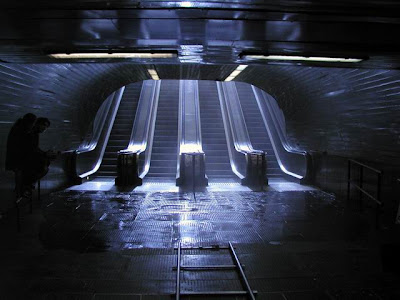 In the meantime, I’m going to give Vacancy a go, but I doubt it’ll be as much fun as Kontroll which has everything – horror, drama, romance, thrills and grubby underground humour. Set entirely in the Metro subway in Hungary’s capital city Budapest, where the ticket inspectors (collectively called Control) travel the train system in teams. One lot in particular is about to cross paths with a hoodied figure who is passing off random murder as passenger suicides… 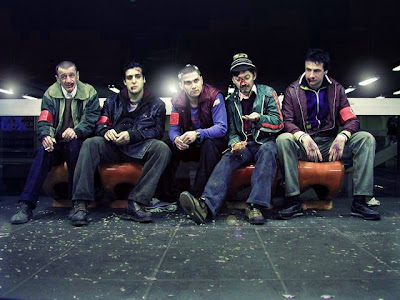 While most of the inspectors are disliked by the public, much like traffic wardens, within Control, there’s a team who are even disliked by their colleagues. Bulcsu is the leader of the pack, but sleeping on the subway platforms, wandering the system at night, what is his problem? 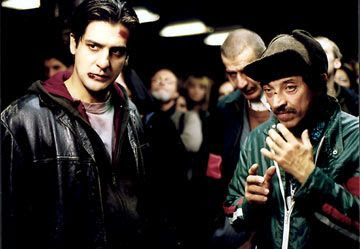 Director Nimrod Antal’s debut feature is instantly accessible, creating a castful of entertaining and diverse characters… Bulcsu’s team of Kontrollers include an old world-weary skinhead, a narcoleptic bully, a grubby sex pest, and the newest youngest who’s keen to learn and impress.

Besides helping with the serial murders, they have to battle public fare dodgers, a travelling gang of prostitutes, and a young parkour wannabe who loves to outrun the officials. This is all besides their rivalry with other Control teams. Bulcsu has a reputation to defend, the dangerous talent for outrunning Metro trains between stops. And of course, there’s the woman who rides around all day dressed up as a bear. 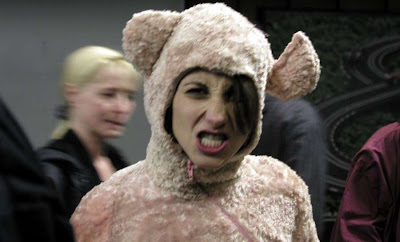 All the interlinking stories and characters make for a well-rounded film that’s alternately thrilling, chilling, funny, dark and even poetic. The kinetic cinematography regularly calms down to take in darkly beautiful tableaux in the weirdest corners of the underground, where most of the film was shot on location. The film, like Bulcsu’s character, never leaves the Metro system. The atmosphere of the unusual setting is complemented by the driving soundtrack by electro band Neo – a sort of cross between Massive Attack and The Chemical Brothers (see/hear the YouTube clips below). 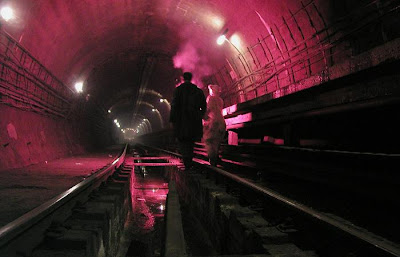 As long as subtitles aren’t a problem for you, this is a very rewarding and repeatable film. Also, don’t let the introduction put you off, a five minute monologue by a Budapest Metro official pointing out rather patronisingly that the Hungarian transport system portrayed in the film is fictional and isn’t actually staffed by drunks and sex pests. Don’t expect a linear story, but more of an enthralling meandering experience that draws you into a world of eternal artificial night, perfect for viewing in the middle of the night. 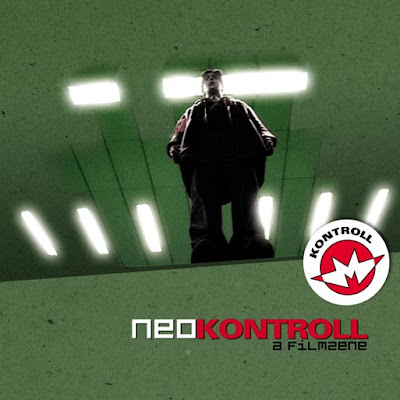 Kontroll is out on DVD in the US and UK and all round Europe. I got the CD soundtrack by Neo from Amazon.de.

The official Hungarian movie website is still online here, much of it is translated into English.

I wrote about other subway films here.


Here's a promo video clip from Neo that just uses clips from the movie.


Here's another track from Neo. Both these tracks are from the movie soundtrack.