GRAVE OF THE FIREFLIES - three versions, all sad 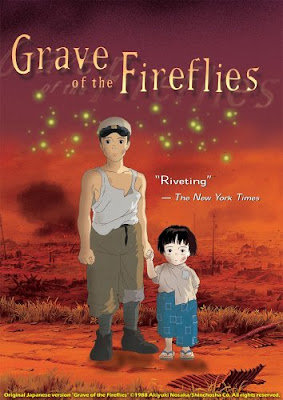 GRAVE OF THE FIREFLIES
(1988, Japan, Hotaru no haka)
Most movies are for entertainment, but not all of them. Grave of the Fireflies is a grim history lesson, not as intense as say, Schindler’s List, but certainly upsetting enough. Surprisingly it was produced by Studio Ghibli, and even the look of the characters is consistent with the rest of their much more whimsical output. As usual, you get to know the characters and care about them and their plight - the main difference is that here, there’s no happy ending. It wasn’t made to depress the audience, but presumably to educate and commemorate the civilian casualties of war. The horror doesn’t always end when the bombing stops.

I’m slowly working my way through Studio Ghibli’s catalogue, and have little idea what each film is about. I only knew that Grave of the Fireflies was set in wartime, but had no idea how gruelling it was going to be - it’s not a film to go into blindly. The story is about a teenage boy, Seita, and his little sister Setsuko, aged 14 and 5 respectively. But the film opens with a stark scene where the boy dies of hunger and neglect while sleeping rough in a train station. His spirit then walks outside to see a cloud of fireflies and he meets his little sister. The film then flashes back to when they were both alive, though we have yet to learn how the little girl is going to die… 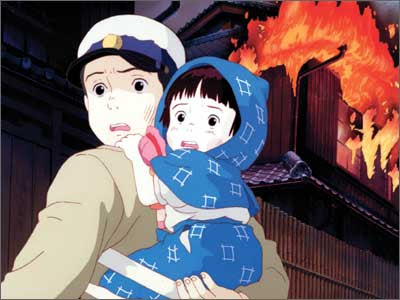 Set at the very end of the Second World War, the movie-length flashback starts just as they are hurriedly preparing for an imminent air raid on their hometown of Kobe. Seita is burying food and provisions in the ground. He then gives his little sister a piggyback and runs for his life as the American planes start dropping firebombs. Like Kobe, Tokyo and other Japanese cities, most buildings were primarily made of wood. After fiercely sustained bombing campaigns, the cities were burnt to the ground - only the occasional brick buildings remained. Separated from their Mother and with their home destroyed, they become too much of a burden for their relatives, and try and survive on their own…

The little girl looks much like the characters in My Neighbour Totoro, which was being produced at the same time. The two films were initially released in Japan as a double bill, Totoro being seen as more of a financial risk than Grave of the Fireflies. I’d assumed that Hiyao Miyazaki was the director, but it was Isao Takahata, who later made The Racoon War (Pom Poko, 1994), which was also strong on message, though not nearly as downbeat.

Grave of the Fireflies very much reminded me of the earlier Barefoot Gen (1983), which tells a similarly structured tale of a young boy and his younger brother who miraculously survive the Hiroshima atomic blast, only to try and survive the aftermath and the devastation. Also semi-autobiographical, the story of Barefoot Gen is more horrific in detail, but somehow more hopeful in tone. While Barefoot Gen was based on a manga, Grave of the Fireflies was based on a novel, both written by men who’d lived through wartime experiences.

This anime is recommended, powerfully representing life on the receiving end of bombing raids, and then strict rationing. But while I know it’s close to what must have happened, the story was frustrating by not knowing more about what prevented the children from rejoining their relatives. The recent TV adaption, made to mark the 60th anniversary of the war's end, had the luxury of being twice as long, and able to explain much more of the surrounding story. 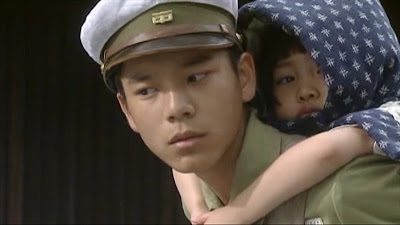 GRAVE OF THE FIREFLIES (2005, Japan, TV)
The TV adaption adds much-needed background featuring the other characters in the story, expanding the motivations of the rest of the family that lead to this tragedy. It's just as much from the perspective of the children as their relatives. It’s expensive and ambitious for a Japanese TV drama, though some early use of simple greenscreen compositing effects look unfortunately artificial in depicting a bombed-out Kobe. The rest of the programme is beautifully shot and the firebombing scenes are remarkably dramatic and frightening, even more than the anime. Performances are all very strong, especially that of the little girl. The climax is powerful, but not nearly as sustained and haunting as the animated version. A slushy rock song over the end titles helps deflate its final moments. It would be worth checking this out after seeing the anime version, but since 2005 there's been another remake. 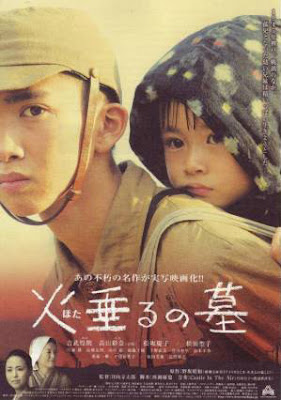 GRAVE OF THE FIREFLIES (2008, Japan)
Last year there was a movie adaption released in Japanese cinemas. It seems strange that two live-action versions have been made so close together. But the movie is presumably partially intended for an international audience, and a sign that this is a precious story for the Japanese, one that they are eager to share. At 100 mins long, and with publicity photos indicating that it sticks close to the vision of the anime, I guess it’s intended for those who don’t like watching anime. I’ve yet to see it, but there's not long to wait.


The anime is the most available form of the story, being on DVD in many countries. I can’t find a translated version of Akiyuki Nosaka’s original 1967 novel, and it doesn't look like it's been in print in English since 1978 (see here for a list of publications). Please beware that an American fantasy novel cheekily has exactly the same name. It’s here on Amazon but confusingly, it is nothing to do with this story. 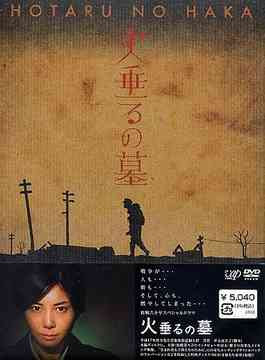 The 2005 TV dramatisation is available on DVD in Japan (pictured), but has no English subtitles. The Malaysian DVD is supposed to have English subtitles, but they might not be very well translated.

The 2008 live-action movie version will have a subtitled release on DVD in Japan in March, but will hopefully eventually get a wider release.


There's more about the anime at this official site and more links at this fansite, including a page full of screenshots to get a better idea of what to expect.

Like a history lesson, you only need to learn it once. It’s very sad to watch, and I may never see it again. But I’m glad I’ve experienced the story.