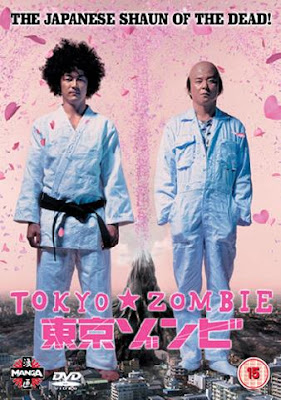 TOKYO ZOMBIE
(2005, Japan)
Finally got to see this, now that it’s been released in the UK on region 2 DVD. It’s a shock to see Tadanobu Asano in an afro wig in a zombie comedy - his latest appearance is as the young Genghis Khan in the first instalment of the epic Russian trilogy, Mongol!

I always think of Tadanobu Asano as appearing in slightly quirky, quality drama (Zatoichi), with some offbeat arthouse (Invisible Waves, The Last Life in the Universe) and the occasional offbeat horror (Gemini). But I guess Ichi The Killer should have clued me in that the actor is up for anything. 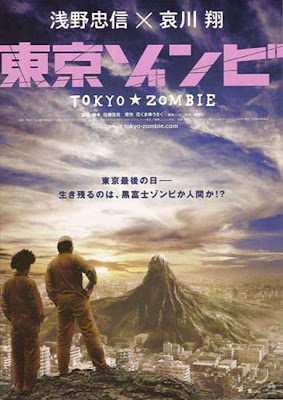 Tokyo Zombie starts off well enough, with Asano and Sho Aikawa as two amoral slackers on the frontline of a new zombie outbreak. This is caused by dumping too many corpses in with too much toxic rubbish on the outskirts of Tokyo, and named Black Fuji because it’s such a big pile. In reality this could have been filmed anywhere in Japan – for instance the early action takes place in a grotty factory and at a rubbish tip. This disappointed me because I was expecting Tokyo to feature in Tokyo Zombie.

The accent is on the stupidity of the two friends who are more interested in practising jiu-jitsu than working, or fighting zombies. I first thought that the wrestling was a long set-up for a later gag, but it’s more like the core of the story! The early scenes of people dumping bodies are unusual, irreverent, and edgy. Though a sub-plot about a lecherous teacher is more mercilessly aggressive than funny, and ties in with an insecurity about the duo's preoccupation with denying they are gay, despite their close and physical friendship. This dated much of the humour and pitched it about the level of schoolboy comedy. 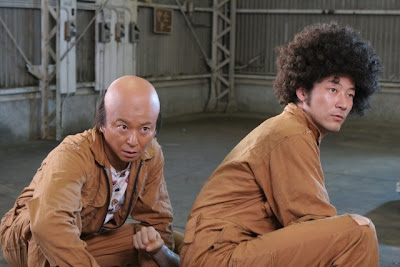 Taking to the road to escape the growing zombie horde, the two literally pick up a young woman, but then around halfway in, the story comes to a dead halt, and goes in a completely new direction. Nowhere. Stalling for too long in an obviously small set and a not very elegant story contrivance. This is where the film lost me, by throwing away all the gathered momentum and never recovered.

I'm probably missing a lot of the humour, but the story also chooses to explore the sketchy characters like they could actually exist, and also introduces other eccentrics with even thinner motivations. 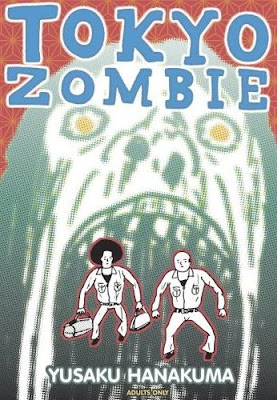 The zombie action is fun when it's allowed to interrupt, and there are a few well-staged and elaborate visual gags. Adana seems to be enjoying himself, though his acting isn't even stretched as much as Aikawa. It’s all bizarre and quirky, rather than funny. So if you want something different, it's certainly a very different scenario. But the story looks to me like the first and last chapter of a manga, with the middle torn out.