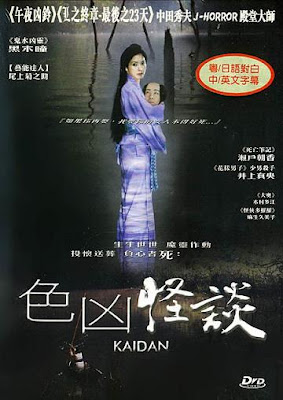 KAIDAN
(2007, Japan)
Hideo Nakata is internationally famous for directing Ring (1998). But its huge success has been a tough act to follow. I’ve been entertained but not impressed by his other films. His early ghost stories were interesting for Ring fans (like Ghost Actress/Don't Look Up), but after his Japanese sequel, Ring 2 (1999), he avoided horror for a few years until Dark Water (2002). He’s been to America to direct the US sequel The Ring Two (2005) and IMDB reports he’s in place for The Ring Three in the future. Meanwhile Chaos, Sleeping Bride, and the recent sequel to Death Note, L: Change the World, maintain his success in Japan.

With last year’s Kaidan, Nakata sets himself up for a huge fall by telling a period ghost story. Not only is the mixture of samurai and vengeance demons a genre that was perfected in 1960s Japan, their last great international horror boom, but he's also used a similar name to the best of that genre. Kwaidan (1964), also known as Kaidan, one of the most famous of all Japanese films. 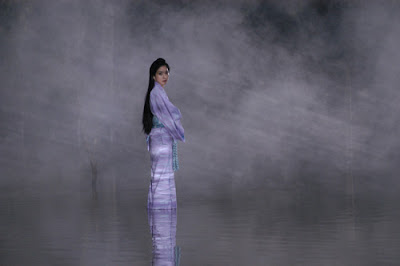 As always, I read very little about this film in advance, and wasn’t even sure whether Nakata had remade any of the stories from the original. I was then thrown by the posters and the DVD cover art, which made this new Kaidan look more like a comedy.

It starts with a storyteller talking to camera - I assumed the character would reappear to link several stories together. But no, this turned out to be one long story. There’s a hurried prologue which flashes back to the origins of a family curse - a sadistic landowner wipes clean his slate by killing a moneylender. These scenes rush through years of events very quickly, before the movie slows to a snail's pace. The long set-up doesn't start paying back until halfway through, when it starts actually being a horror story. 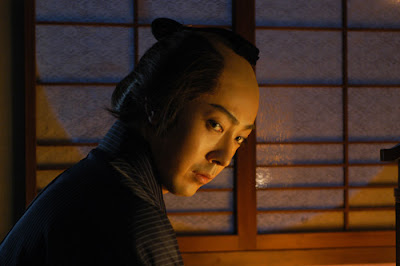 The crux of the curse was reused to death in the earliest Japanese horrors, a disfigured woman taking revenge on a man by possessing his wife. Nakata adds sex and fresh new scares, but they are scarce and not always logical. As the curse continues, many other victims get drawn in, but over the years (it’s a very slow curse) the story starts to drag and even gets repetitive. 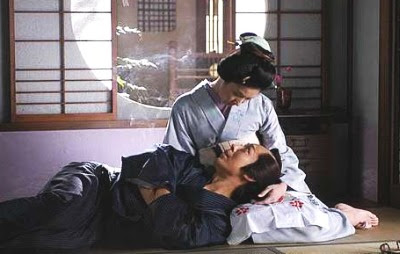 There’s as much melodrama as horror, and even a scene more suitable for Seven Samurai. All this effort might have been worthwhile if it looked gorgeous, like the 1964 Kwaidan. The make-up, dresses and scenery all look suitably accurate, but not particularly interesting or eye-catching. Attempts to expand the scale of the visuals with digital FX of townscapes are unconvincing.

Elongating a simple, oft-told ghost story to feature-length, has left me pining for Nakata to only return to horror if he doesn’t combine so many genres in future.

Kaidan is currently available with English subtitles on a Hong Kong DVD release from CN Entertainment (pictured at top). 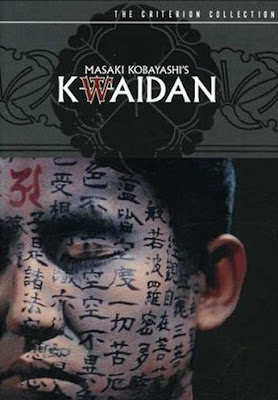 You're recommended instead to try Kwaidan (1964), currently available in the UK and US.

Update April 2009
Video Watchdog issue 148 has a huge article comparing Nakata's Kaidan to an earlier black and white version of the story.