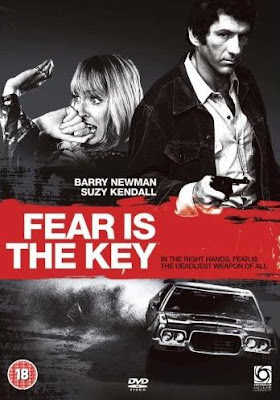 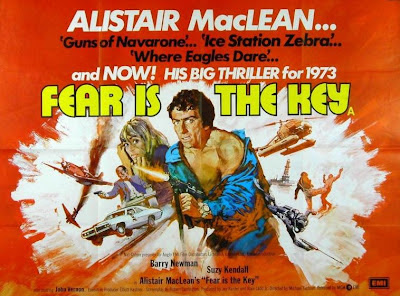 In British cinemas in the 1970's, you could watch two movies for the price of one ticket. You'd either get two brand new films on a double-bill, or there'd be a new film with a supporting feature - an older film that was a proven crowd-pleaser.

I saw Fear is the Key as a support, several years after it's initial release. The car chase alone guaranteed continuing ‘support’ status, and the name of Alistair MacLean on the posters was a big draw, as his bestselling books continued to be adapted throughout the decade.

Admittedly, all I could remember about this film was the car chase and the mini-submarine, so it’s time I watched it again, prompted by the Roy Budd soundtrack CD which is a favourite of mine.

The low-key opening scene is a hook, a mystery motivation for our anti-hero, played by Barry Newman. On a remote airfield, he's talking to an aircraft by radio transmitter, when he hears it being shot out of the sky. For the rest of the film, he is a driven man. 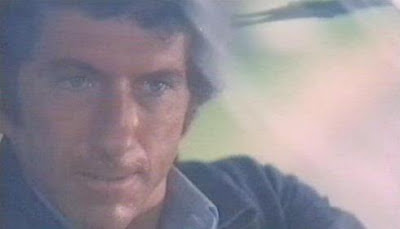 Later, we're not told how much later, he's raising hell in New Orleans and in trouble with the police, starting fights and even drinking on a Sunday!

Naturally, he soon appears in a Louisiana courthouse, but not for long. We hear that he's wanted for killing a cop, and to seal the deal, he shoots another one in front of the judge! Grabbing a hostage, the luscious Suzy Kendall, he leaps into the fastest-looking sports car parked outside and we're off! 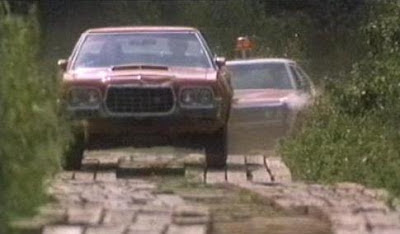 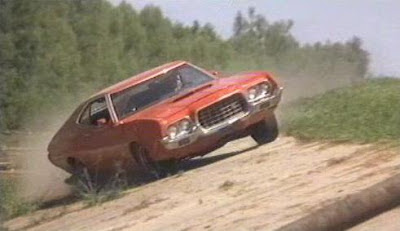 Newman, and the stunt drivers, treat the red Ford Gran Turino like a 4x4. A succession of police cars chase them along the river banks of the Mississippi, burning rubber on and off the road, on boardwalks through the bayou, leaping through the air, spinning around roadblocks, and barrelling along a beach. It's the action highlight of the movie, which dares to peak early. The car stunts were arranged by Carey Loftin, the best driver in the business at the time – his work already included the car action in Bullitt, Diamonds Are Forever, and The French Connection - classy credentials indeed.

Accused of driving like a madmen, Newman’s character comes back with "I've got nothing to lose".

The film settles down into an edgy thriller, full of guys in dodgy suits wth itchy trigger fingers. A mix of helicopters, deep-sea diving, and a peripheral blonde – it’s all typical Alistair MacLean material - a sort of Americanised When Eight Bells Toll.

As we get to the crux of what the bad guys want – Newman steers a submersible down to the bottom of the ocean. A sequence achieved almost entirely by modelwork, courtesy of special effects kings Nick Allder and Derek Meddings. The size of the bubbles gives away the scale – but I completely missed this in the cinema. It is an excellently-shot scene, looking like they actual shot the models underwater.

After the big noisy opening, there’s a relatively quiet, but tense climax to this enjoyable slice of seventies thriller.

Watching it again, I was trying to work out whether it was a British or American production. I always thought this was a US film because of the swampy location work in the early scenes, but with so many British actors and technicians, I now believe it’s a British film that fooled me. The oil rig scenes and country mansion could have been filmed anywhere. I think there is some cleverly shot UK studio work, with some deceptive naturalistic lighting making it look like location work.

Two well known American actors help make us think the film is from the US, which also helped sell the movie internationally. Barry Newman had just appeared in the off-beat hit Vanishing Point, where he spent practically the whole movie behind the wheel of a fast car. But he’s famous for very little else than these two cult car films. He had a successful run on TV in his own series as trendy lawyer Petrocelli, but after that he dropped off my radar until I saw him in Stallone’s recent actioner, Daylight. 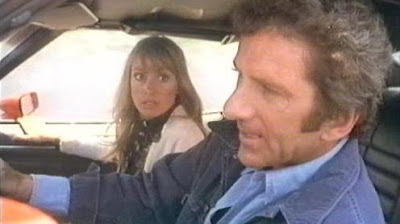 Glamorous support is provided by Suzy Kendall, who was married to Dudley Moore at the time. You may know her from prominent roles in several key Italian horror films, like Dario Argento’s trendsetting The Bird With Crystal Plumage. Her fantastic screams, heard at various moments in the car chase, demonstrate her suitability for horror roles.

John Vernon is always excellent. Whether good or bad, you never quite trust him, but you know he means what he says. This is a typically solid performance before he parodied himself as Dean Wormer in the comedy classic National Lampoon’s Animal House. 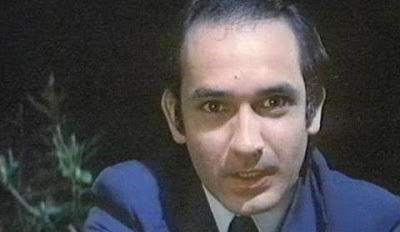 As Vernon's psychotic sidekick, Ben Kingsley appears in his first film role (according to IMDB) - almost as the younger incarnation of his character from Sexy Beast. It’s rare to see him with hair! His piercing eyes must have got him the job, and it's a substantial supporting role.

Another Brit bit-part is filled by the late Tony Anholt, (from TV’s The Protectors and Space 1999) in a rare film appearance. 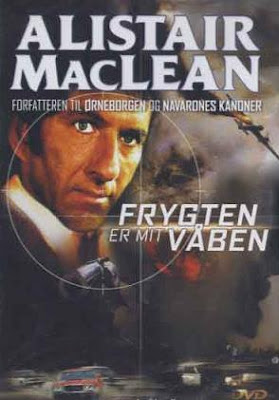 The new UK release is in 2.35 widescreen, in the UK (pictured at top). 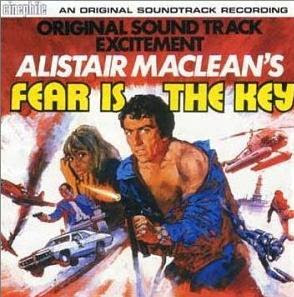