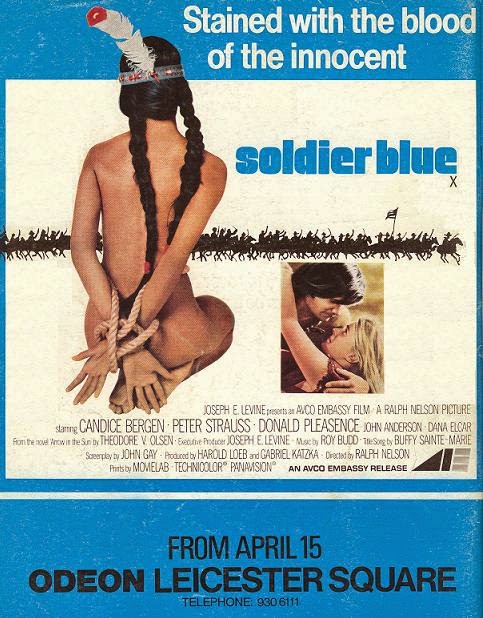 On paper, the story looked more like an old-school western, 'cowboys and indians'. In fact, Soldier Blue is an early revisionist western, told more from the Native American side as well as the anti-war movement. Like Little Big Man, this film was part of the learning process that challenged the demonisation of ‘injuns’ in countless cowboy movies.

Besides trying to set the record straight on native America, Soldier Blue was also an early Vietnam allegory, targeting the My Lai massacre at a time when it was too controversial to tackle to portray – it took Hollywood until the 1980’s to do that. 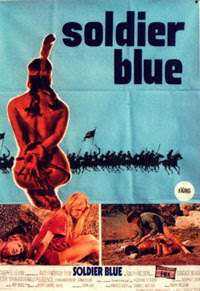 When I first saw the film on British TV in the late seventies, heavily cut (film jumps infered this was a UK print), it was certainly shocking but for different reasons. Instead of a A Clockwork Orange, I got a rather affable romantic comedy that starts off with an exceptionally hippy song. There were a few fights, a lot of talking and a lot of cuts. All that was left of the climax were the looks of shock on the faces of witnesses.

Seeing it again now, it’s a giddy mixture of heavy-handed pacifist arguments, (cue the shot of American cavalry riding roughshod over the American flag), light comedy and brutal violence. Very seventies, but still worth catching. The techniques used to shock then are mostly unusable now. Multiple rapes, female nudity and child murder... To add to the 70's 'period' feel, it's all topped off with a jaunty Roy Budd soundtrack that constantly feels inappropriate, almost like they were trying to make the film even 'lighter'.

The radiant Candice Bergen is the fiesty lead, Peter Strauss is a touch too naive and easily offended as the 'Soldier Blue' of the title. His slow wake-up call to his new understanding of religion, women, bad guys and natives was all paralleled in what was actually going on in society at the time. A revolution of attitudes that also meant revising the written word in history books. The massacres of civilians by American troops were hard to believe back then, but are now verified facts in both Sand Creek, Colorado in 1864 and My Lai, Vietnam in 1968.

Donald Pleasence rounds off the leading actors to make the middle act more enjoyable, but the meandering storyline drifts way off-topic before the climax kicks in. 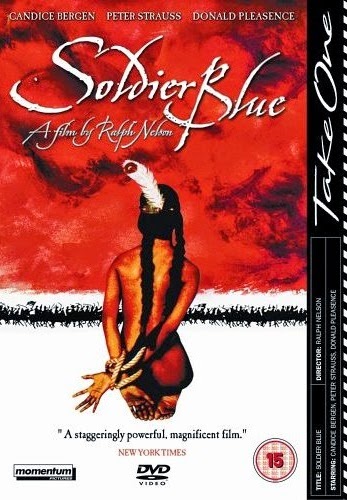 Shot totally on location, I was surprised by the huge mobilisation of soldiers and horses. The climactic battle is mounted on an extremely large scale. The film includes horse stunts that are no longer allowed in the UK - they were cut from a recent TV transmission and will presumably be missing from any UK DVD release. A decapitated head, and a rape scene are also missing from the Momentum DVD about 28 seconds in all. 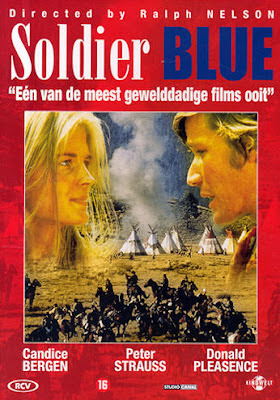 The Dutch Kinowelt DVD version, although hinted at in dialogue, no scalpings are shown, and the infamous breast cutting is simply, but effectively done with a special effects knife that shoots out blood. Today it's not the gore that shocks, even in this 'uncut' version, but the full-frontal nudity and the elaborate stunts showing the killing of children.

Like many censored movies, decades of rumours confuse what scenes were shot and what was actually seen in the cinema in different versions around the world. But this is certainly the least cut version I've seen.

The Kinowelt release has a colourful, bright film transfer from a good print, with a clear audio track. Good to finally see it in 2.35 anamorphic widescreen too. 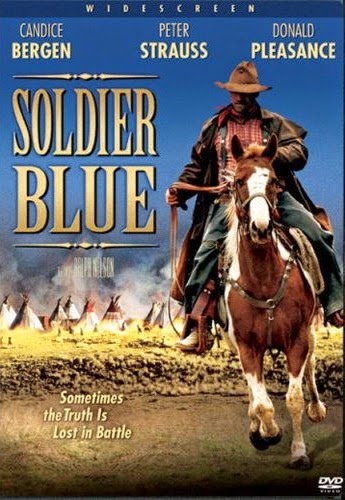 The US DVD cover has Donald Pleasence's name misspelt
and a cowboy who isn't in the film at all!

This might be the same version of the film on region 1 DVD from Lionsgate, but I’ve read several instances of film scratches, dull colour and warbling audio, but I’ve not seen for myself. Here's a review, with screengrabs.

For screenshots from the German Kinovelt DVD (which I believe is the same release as the Dutch DVD that I have), try this page from DVD Active. 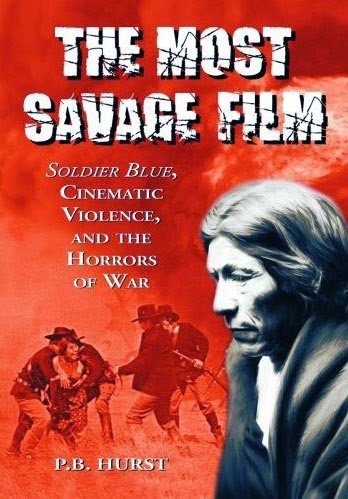 There's also this book about the film.

Email ThisBlogThis!Share to TwitterShare to FacebookShare to Pinterest
Labels: war