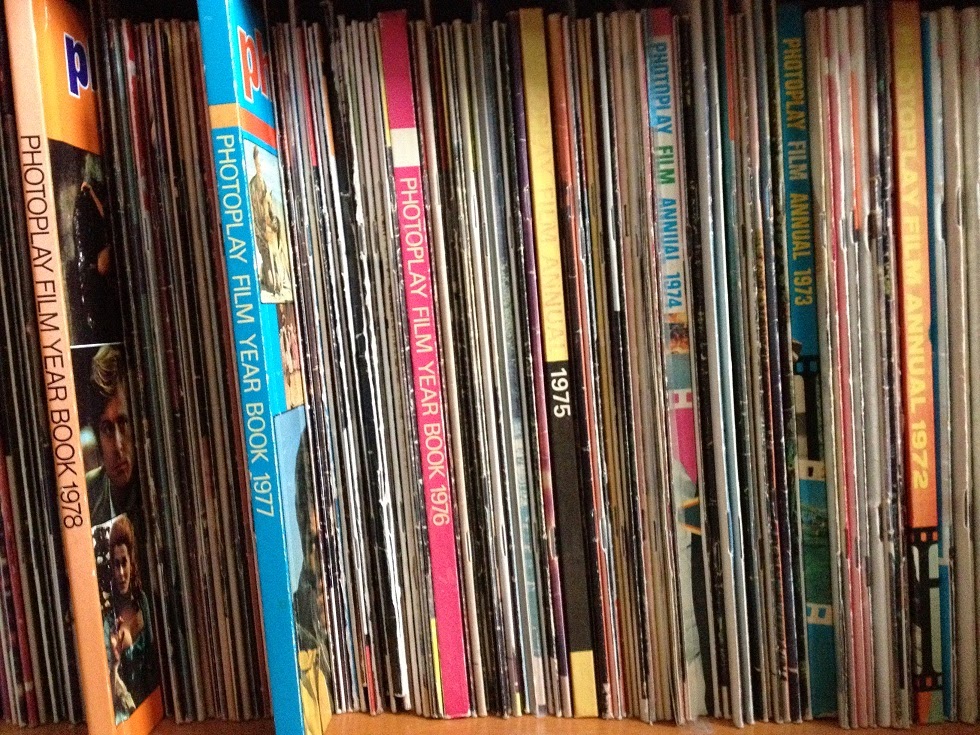 A last look at my old movie magazine shelf...

While my collection of horror and sci-fi books and mags is another matter, this shelf of general movie magazines has a wider appeal and proved very popular on Twitter. Here's the last few highlights, skipping through the rest of the 1980s.

After this, my collection became very specialised, and I rarely bought Empire magazine, especially as their opinions were so differently tuned than mine. I switched to Movieline for a few years, though my life was mostly ruled by the collectors' bible Video Watchdog, which is also still running today.

All my early peeks inside the mags of the 70s are linked at the end of this article. Here we finish off the decade, starting with 1983... 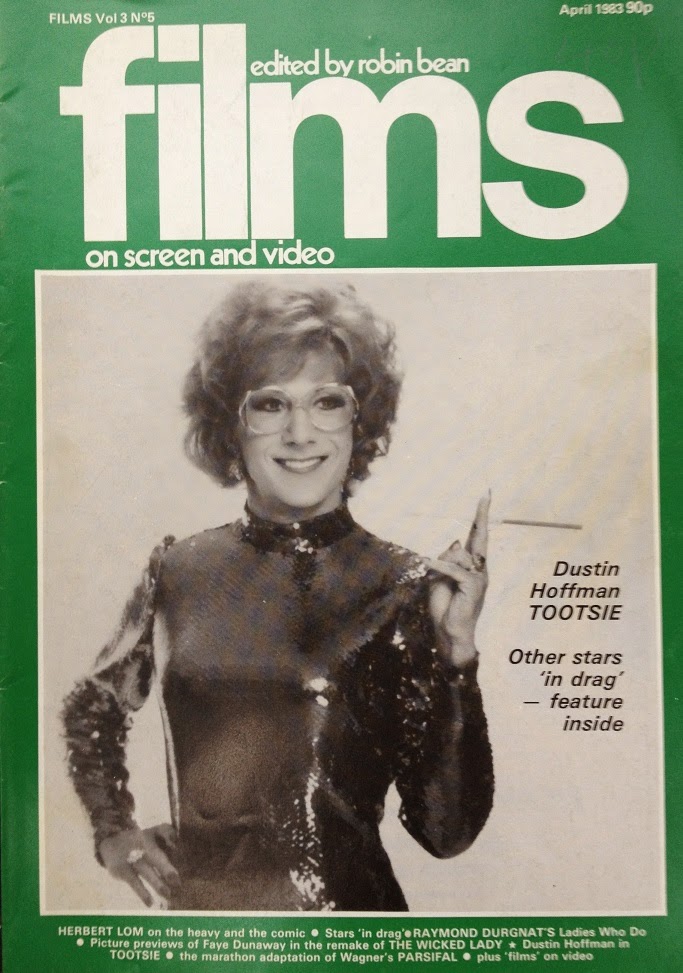 Dustin Hoffman put on a dress and won an Oscar in Tootsie. Another winner, American Horror Story's Jessica Lange, was also on a roll with star roles at the time. 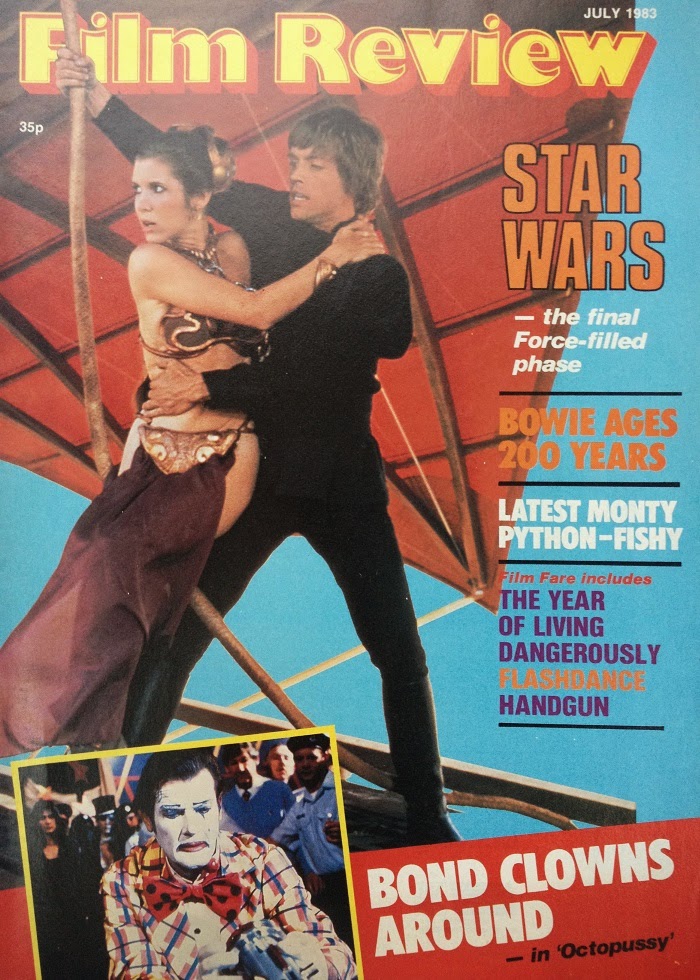 The third Star Wars, Return of the Jedi, lands in London at three West End Cinemas, in 70mm. 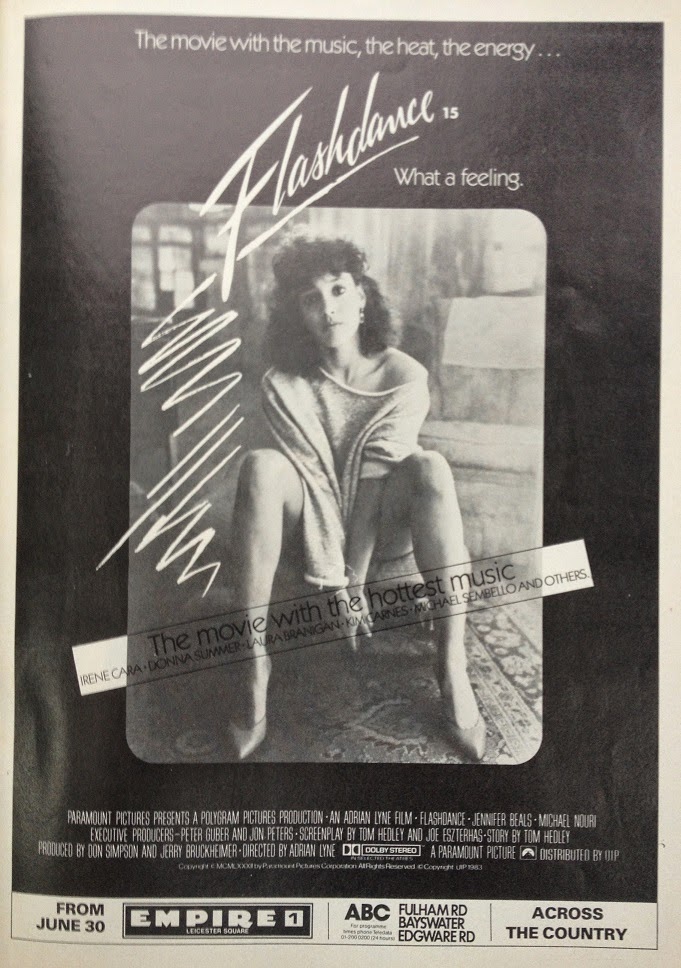 Flashdance hit big that summer, though the news soon broke about Jennifer Beals not doing all her own dancing. Though a big clue was all of the stark backlighting... 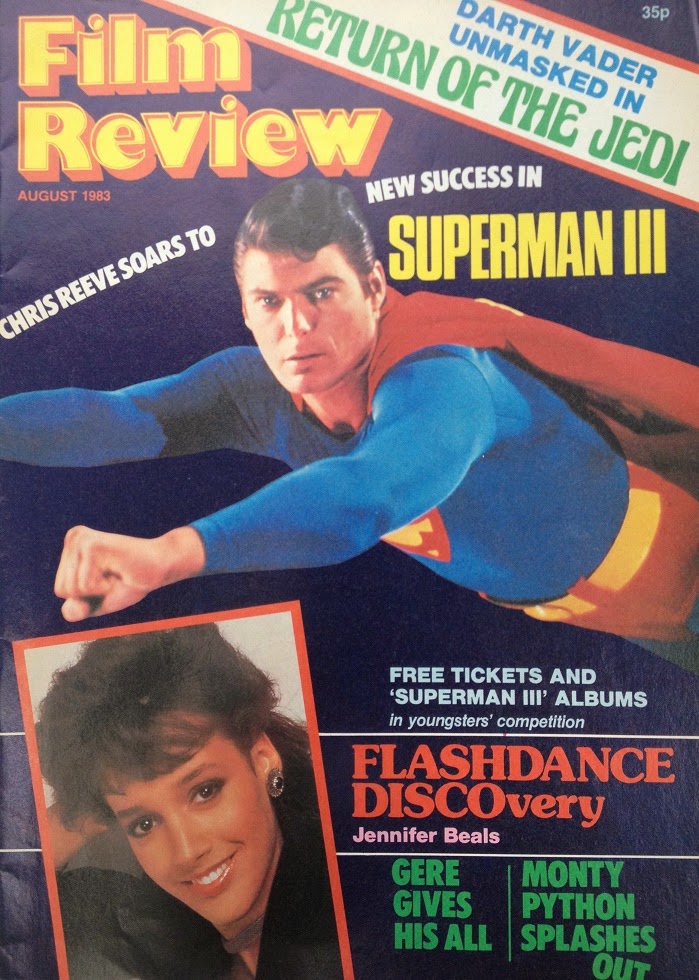 Another busy summer, another Bond, another Star Wars, another Superman... 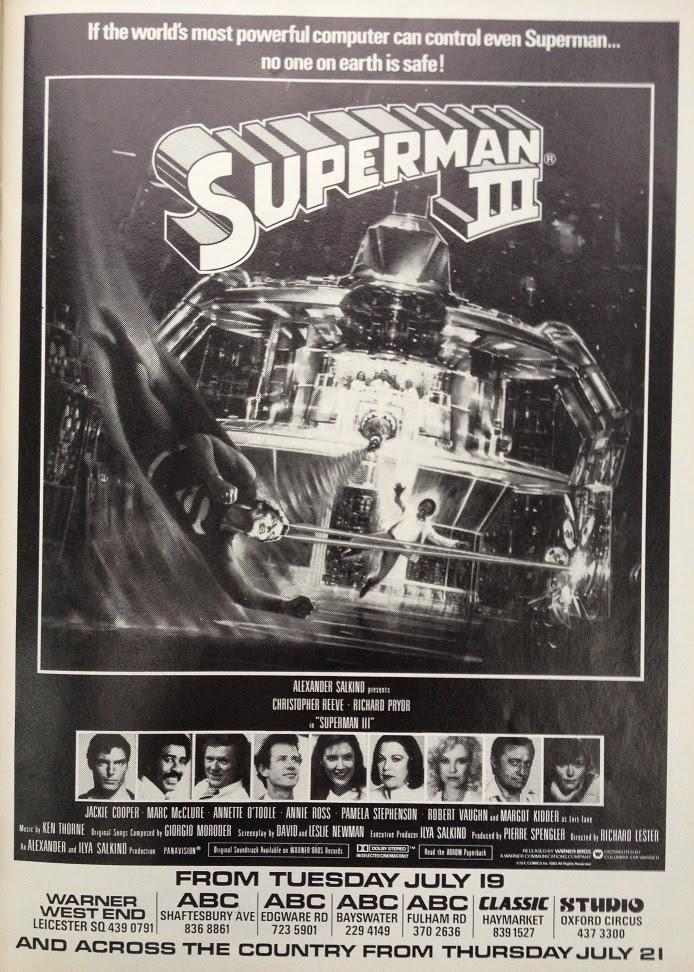 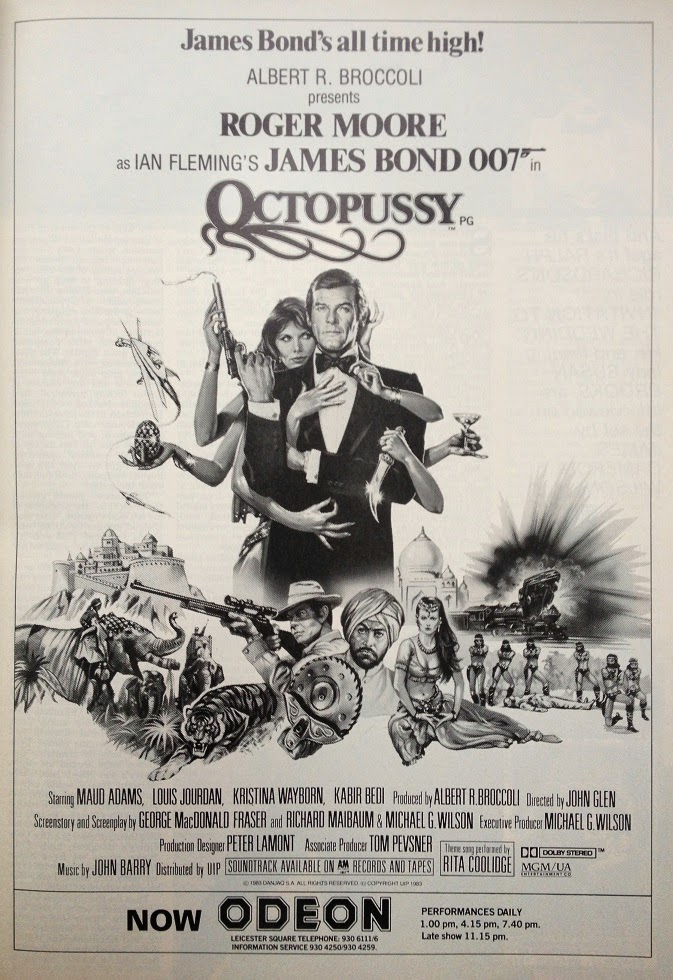 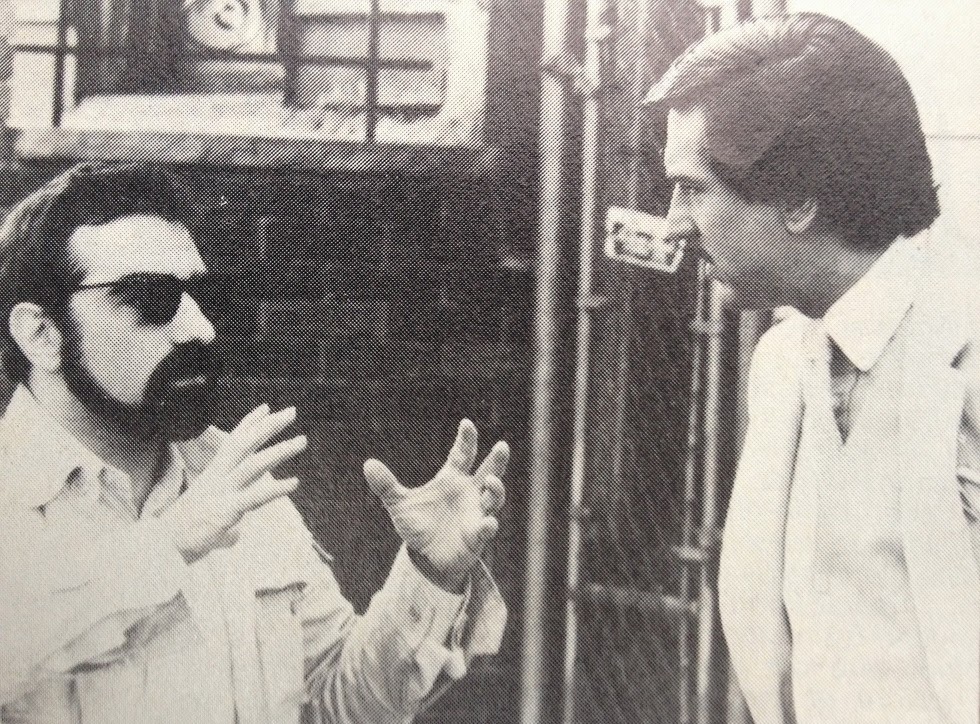 Meanwhile, Scorsese was about to release The King of Comedy. Here he is with De Niro as Rupert Pupkin. 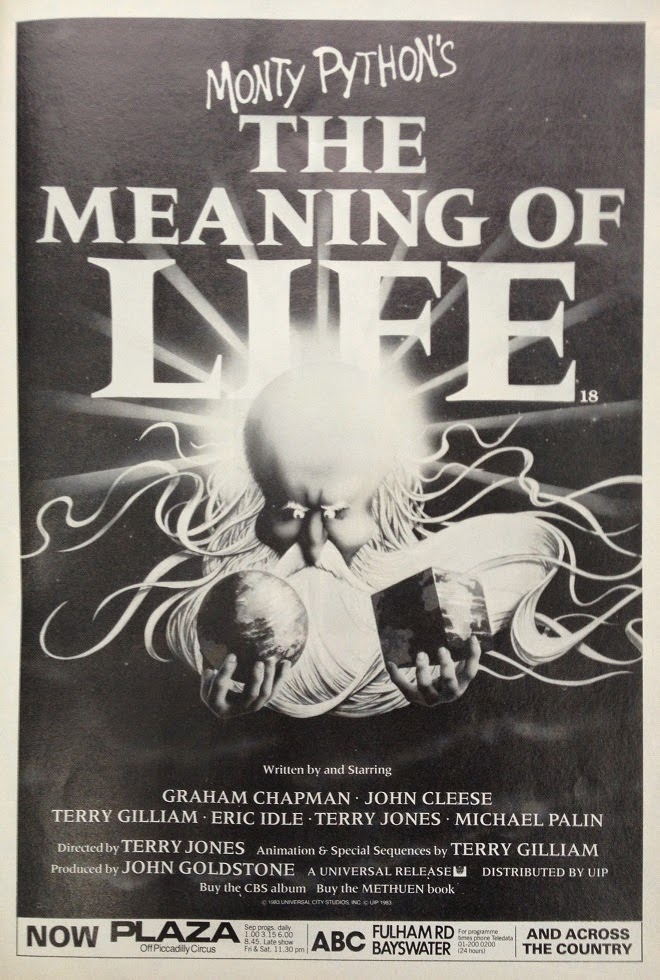 The last Monty Python film, The Meaning of Life, snuck out quite quietly. Terry Gilliam directed the short supporting film that later attacks the main feature! His next directing credit would be the epic Brazil. 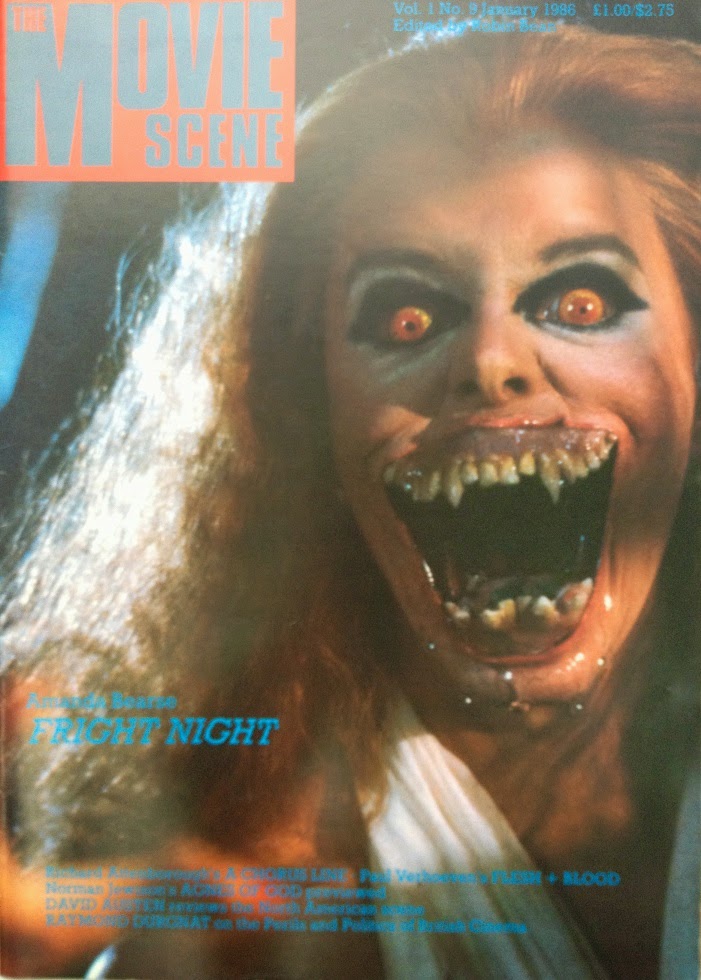 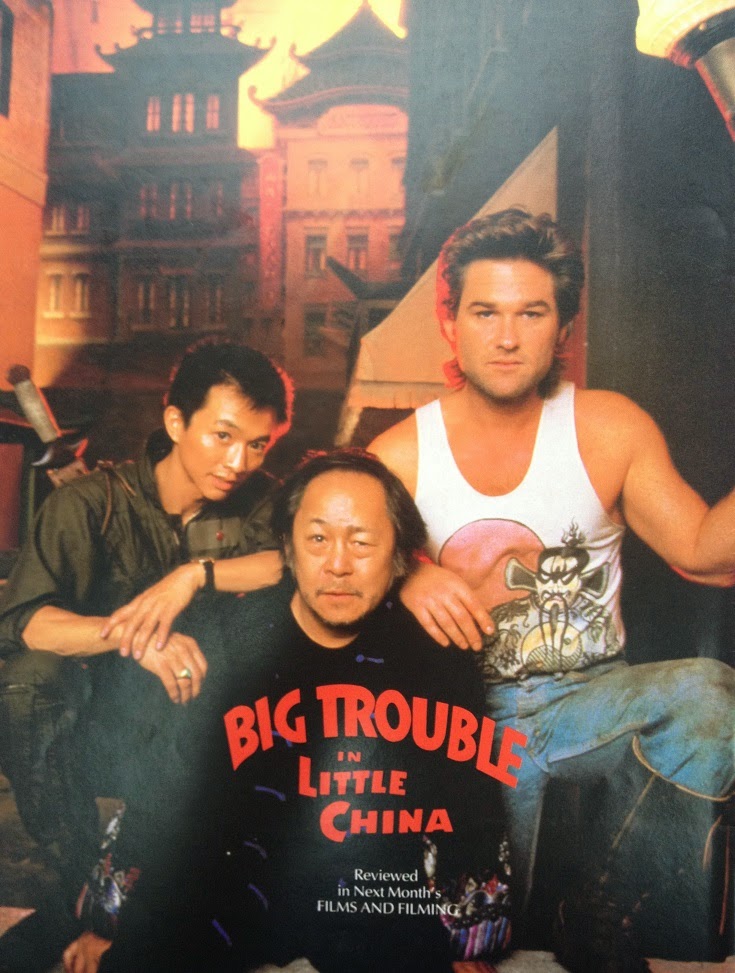 ...and this publicity shot for John Carpenter's Big Trouble In Little China. 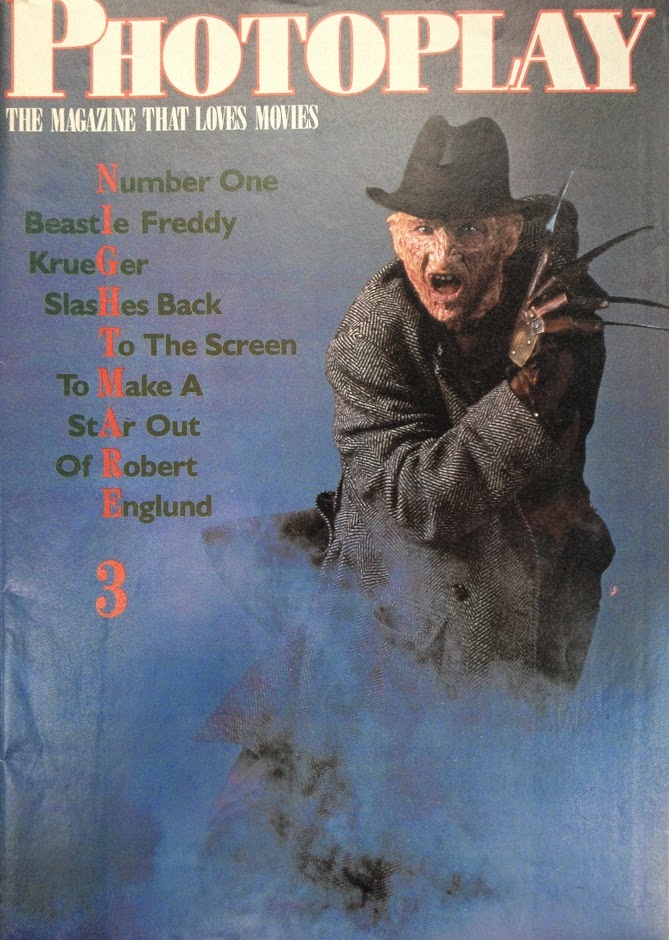 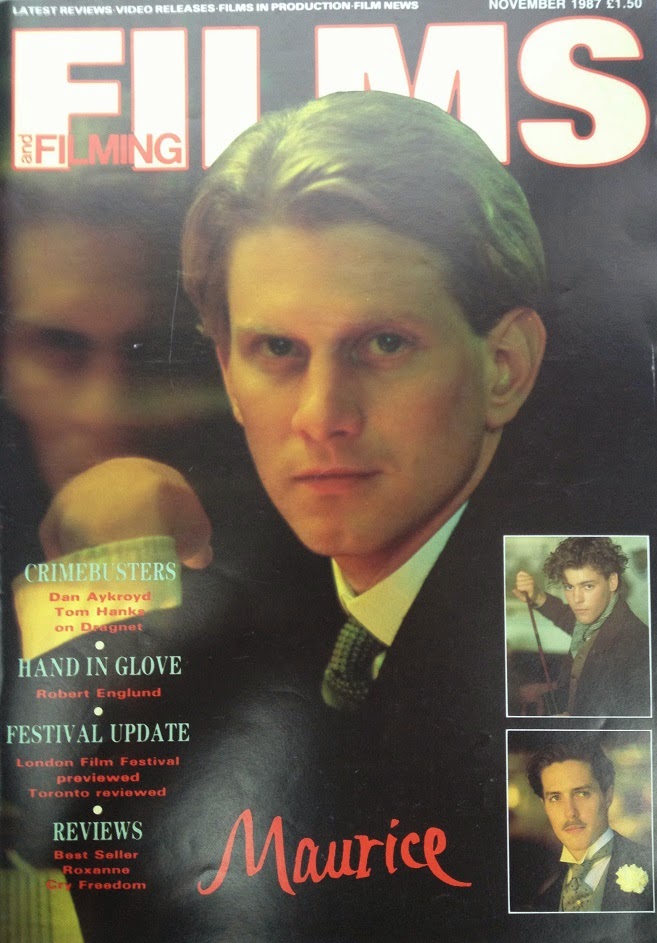 Merchant/Ivory delivered this relatively frank gay drama, based on a novel by E.M. Forster, who also inspired their acclaimed successes with adaptions of his A Room With A View, A Passage To India and later Howard's End. Maurice features a great role for young Hugh Grant. 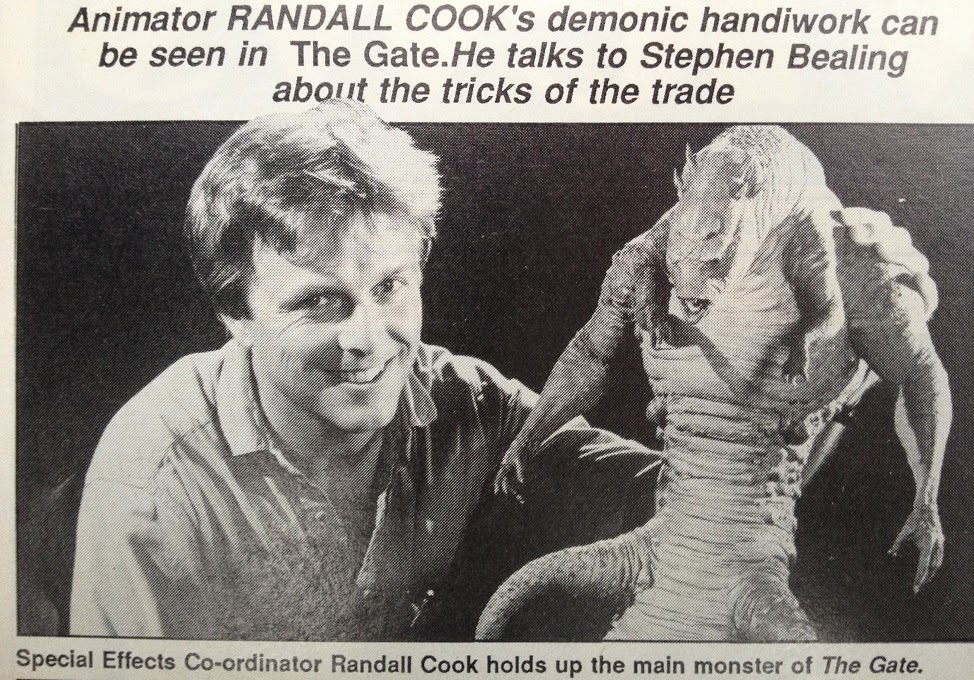 Photo from a one-page interview with Randall Cook, who provided some startling visual effects for the superbly entertaining horror, The Gate. 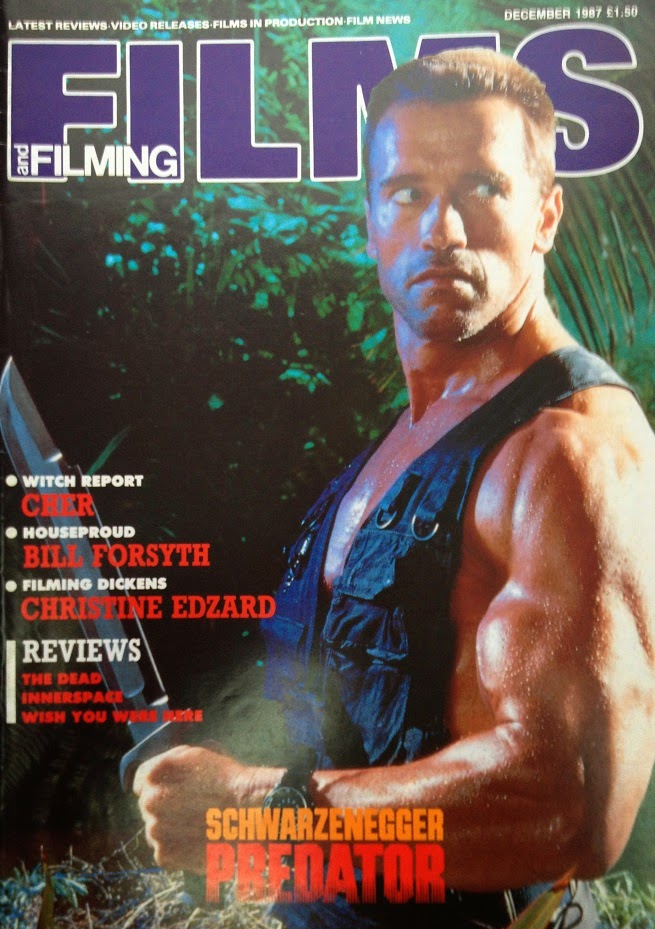 After being derided in many roles, Arnold was finally taken more seriously in The Terminator and Predator. 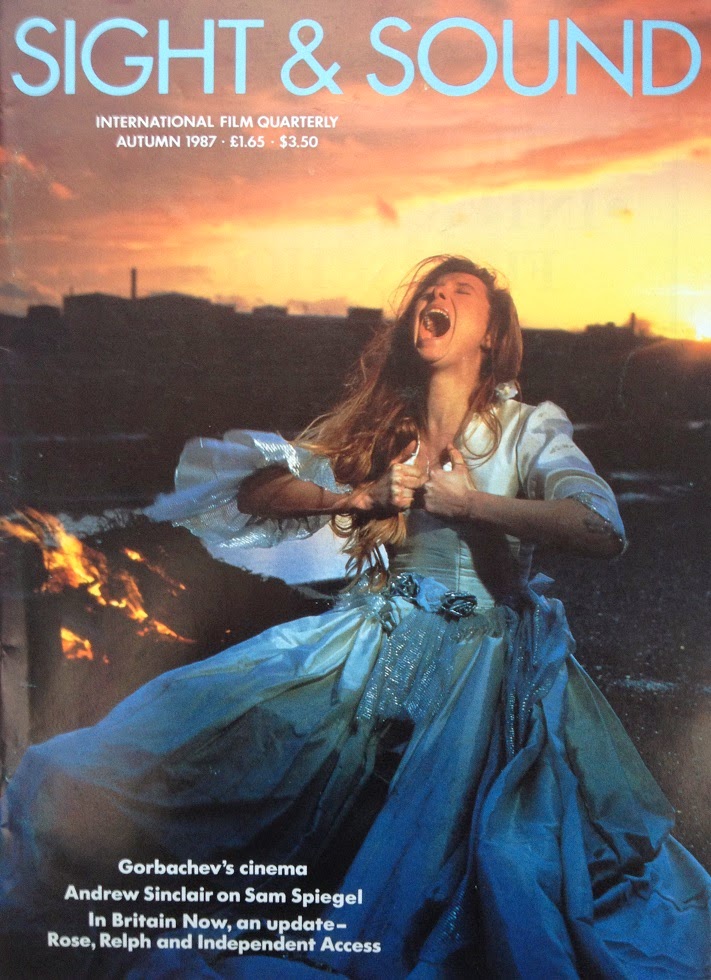 Writer/director Derek Jarman's films were some of the few that were made that angrily fought back against A.I.D.S. paranoid British society. Tilda Swinton was a regular collaborator in these experimental visual poems, mostly shot on Super 8 film. 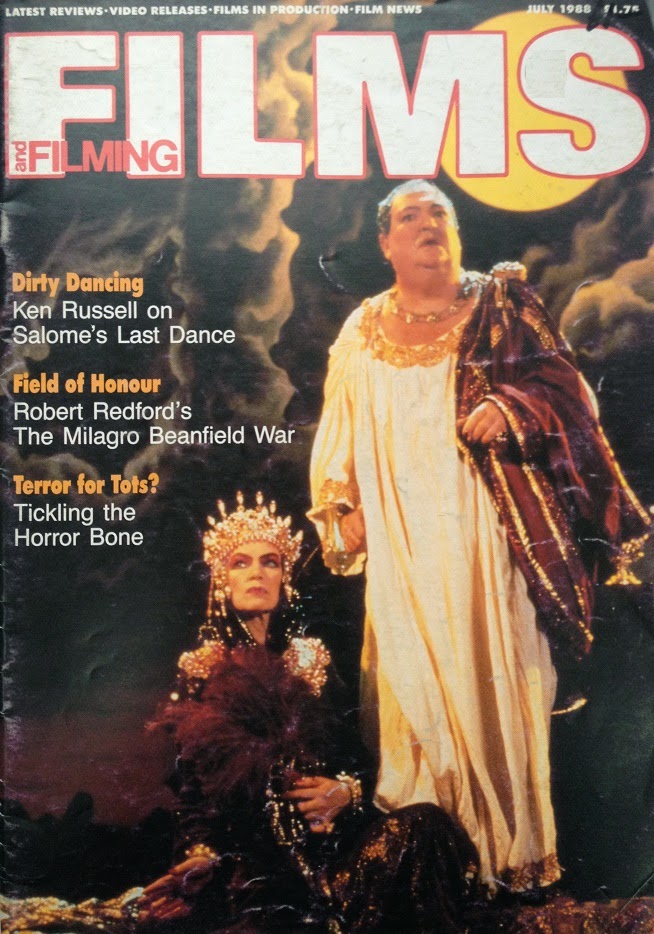 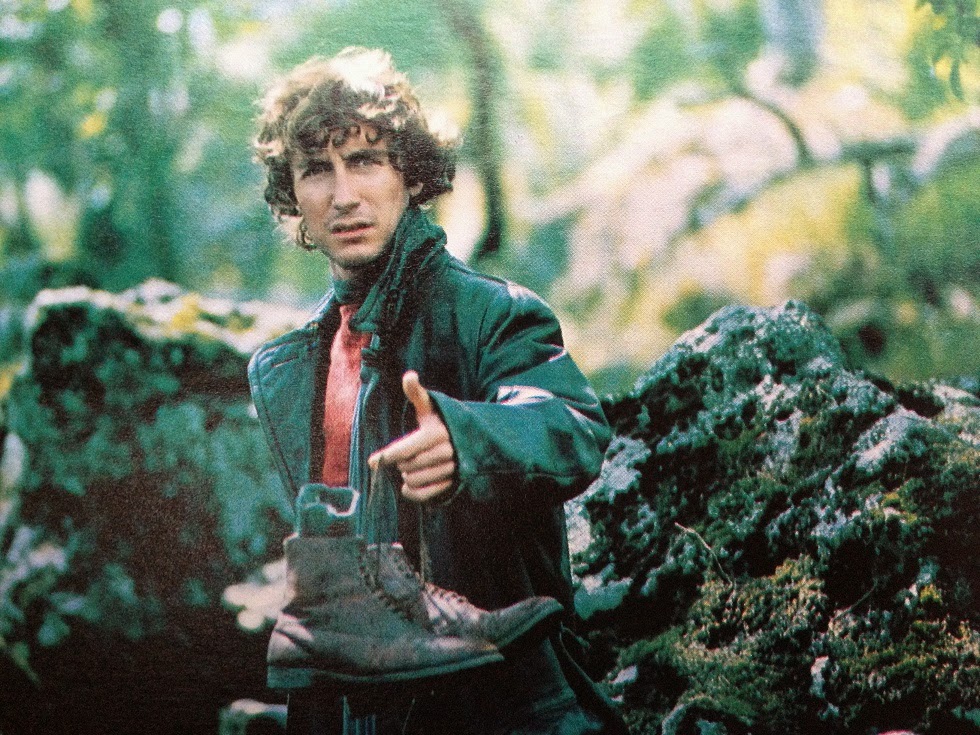 Great shot of Paul McGann on location for Withnail & I. 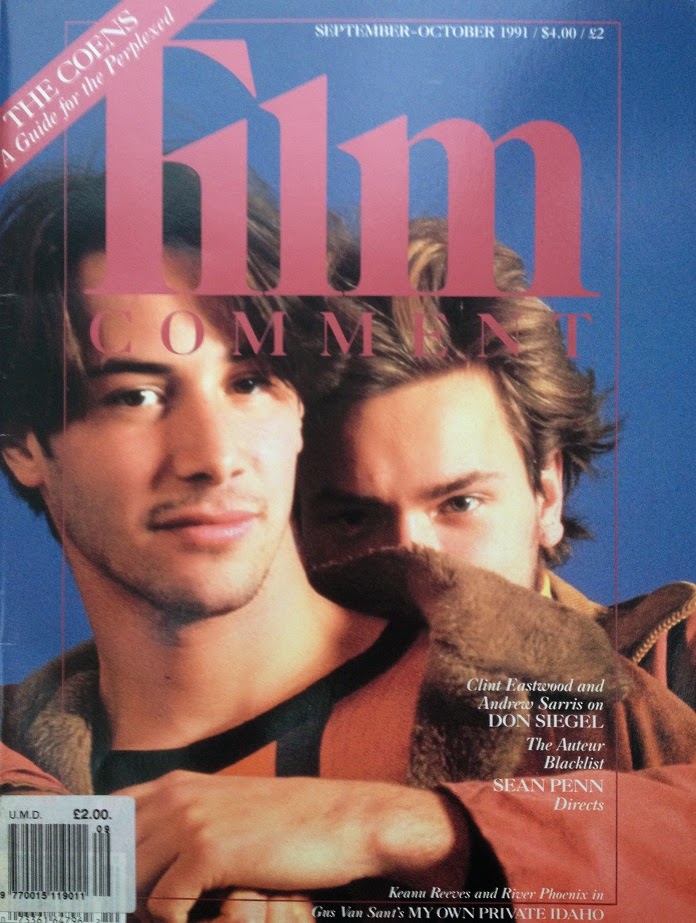 Keanu Reeves and River Phoenix in Gus Van Sant's My Own Private Idaho.